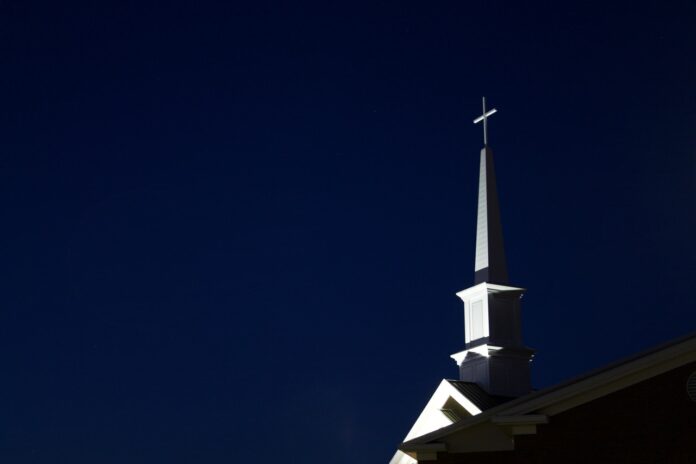 Methodism is in the midst of an identity crisis. We have forgotten who we are. We have abandoned our theological heritage.

My argument is simple: above all else, God raised up the people called Methodists to preach, teach, and experience one core doctrine. This doctrine is Methodism’s reason for existence. If we get this right, everything else will fall into place. If we get it wrong, we will miss the unique calling and purpose that God has for us.

Less than six months before he died, John Wesley wrote a letter to Robert Carr Brackenbury that referred to this core doctrine as “the grand depositum which God has lodged with the people called Methodists; and for the sake of propagating this chiefly He appeared to have raised us up.”1

That sounds important! But the previous quotation also contains a handful of words that we do not use much today. Let’s start with “grand depositum.” Wesley meant that God had deposited or entrusted Methodism with something of great worth and importance. Propagating means to spread or pass on to others. So, Wesley was saying that God had entrusted Methodism with something specific of great worth and importance. And God raised up Methodism in order to spread what God has entrusted to us to as many other people as possible.

Wesley identified the key thing that God gave to Methodists as a specific doctrine or teaching. So, what is this doctrine? Entire sanctification or Christian perfection is the grand depositum that God has given to us. This book is an attempt to bring entire sanctification back to the forefront of Methodism.

Entire sanctification is the doctrine that defines Methodism’s audacious optimism that the grace of God saves us entirely, to the uttermost.

I hope to convince you that this grand depositum is still the reason God raised up Methodists. Methodism exists in order to preach, teach, and proclaim the bold optimism that the grace of God is able to bring full salvation to everyone. Methodism separated from this core teaching has no future. If Methodism focuses once again on this grand depositum, it will find new life and fresh outpouring of the Holy Spirit in its midst.

We have the opportunity to recover this powerful truth and again present it to a world desperate for hope and healing. How exciting!

Before we go any farther, let me say a word about what I mean by “Methodist” or “Methodism” in this book. This book is for everyone who at some point traces their spiritual lineage back to John Wesley, the founder of Methodism. It is probably most obvious that this includes denominations that have the word Methodist in their names, such as the United Methodist Church2 or the African Methodist Episcopal Church. I also have members of the Holiness Movement in mind, like the Wesleyan Church, the Free Methodist Church, Church of God (Anderson), Church of the Nazarene, and the Salvation Army. But this is still not the full extent of the Methodist family. I am also thinking of members of the global Pentecostal movement whose understanding of a second work of grace and baptism of the Holy Spirit can be traced back to John Wesley and the doctrine of entire sanctification. When Pentecostalism is taken into consideration, we are talking about well more than a billion (yes, billion with a “b”) Christians today who can trace their heritage back to Wesley and early Methodism.

Methodism’s significance within the body of Christ is often underestimated or overlooked. But we are a powerful movement of the Holy Spirit that has brought not only forgiveness of sins through faith in Christ, but also freedom from the power of sin and an outpouring of holy love in countless lives over the past three centuries. Methodism has been the most Spirit-filled in our history when people have leaned into our grand depositum and wrestled with God to help people receive the blessing of entire sanctification. When Methodists have lowered their expectations of what God can do in this life, spiritual and numeric decline have followed.

God did not raise us up to lower expectation for what is possible through the work of Jesus Christ. We have been brought to life to tell the world that “it is God’s will that you should be sanctified” (1 Thess. 4:3a). And God is able to do what he wants to do in us!

Get your copy of the book + videos from our store here. Join the SUMMER BOOK CLUB starting June 7, 2021.