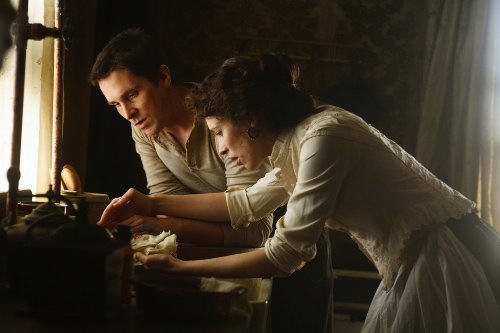 The third chapter of Philippians is important to Wesleyans for a variety of reasons, not least because Paul includes himself within a group he calls “perfect” (v. 15). Now that statement is probably surprising enough that you are already flipping through your New Testament to fact check my claim. Let me tell you what you’ll find. Unless you have the old King James or the New American Standard Version, you are unlikely to find the word “perfect” in your English translation of Philippians 3:15. It will most likely be rendered along the lines, “Let those of us then who are (spiritually) mature…” The nearest use of perfection language is a few verses earlier in 3:12 where Paul unambiguously insists that he most certainly has not been perfected. But here’s the thing: the Greek adjective that is typically rendered “mature” (teleios) in 3:15 has the same root as the verb rendered “perfected” (teleioō) in 3:12. So, in verse 12 Paul declares that he has not been perfected,  and in verse 15 he places himself within a group he describes as perfect. Have I got your attention? Let’s talk about what’s going on in this passage and why I prefer the language of perfection over maturity when translating Philippians 3:15.

Before going any further let me say that translating 3:15 with “mature” is not wrong. The Greek word teleioshas a range of meanings including mature, complete, and perfect. A great deal of translation work comes down to judgment calls, and I believe that translators who choose to render Paul’s Greek with the language of spiritual maturity in this context are motivated by a desire to accurately represent the original text.

That said, I prefer the language of perfection in this case for two reasons. First, the whole passage plays off the contrast between Paul’s statement that he has not been perfected in verse 12 and his self description as one of the perfect in verse 15. When translators render verse 12 in terms of perfection and verse 15 in terms of maturity, they mute this contrast and make it easy for even a careful reader to miss the nuance of Paul’s argument. If we hold on to the language of perfection in both verses, the careful reader of the English text is more likely to pick up on the contrast and peculiar language and perhaps dig more deeply to find out just what is going on with this surprising terminology. Second, I am not persuaded that the average person’s idea of maturity comes anywhere close to what Paul has in mind when he uses the word teleios. But to make that point, I need to unpack what Paul actually means by teleios. So, let’s take a look at the text.

Perfection Then and Now

Our first clue as to what Paul means by “perfect” is the contrast mentioned above. In 3:12 Paul’s insists that he has not yet been perfected, but here he is looking forward to the eschatological resurrection of the body at the second coming of Christ. He just finished describing his hope to know Christ in his resurrection (3:10-11), and he wants to be crystal clear that this hope is not yet realized. So, in 3:12 Paul is looking to the future, to his own resurrection at the second coming of Christ. But he quickly turns his attention in verses 13-14 to the present and to the manner in which he lives as he anticipates the resurrection of the body. By describing his life in terms of forgetting what is behind and pressing on for the prize of the upward call, Paul is picking up on the language of ancient games; his imagery will be fresh on our minds having just come off the summer Olympics. Imagine a sprinter running for the finish line as he races for gold. He has forgotten the starting blocks, and as he runs you can see every striation of every muscle. Veins bulge from his forehead. Every ounce of physical, mental, emotional, and psychological energy is trained exclusively on finishing the race. He entertains no distraction. His engagement in this race is comprehensive, complete, and (we might dare to say) perfect. And he runs in order to receive the call of the judges to come to the topmost podium to receive his reward. This is what Paul has in mind when he describes his life in the present, and this is what he means when he calls upon those who are perfect to have the same mind (3:15). For Paul, to be teleios, to be perfect, is to cease living under the burden of sin that characterized the past and to be comprehensively pursuing the finish line that is knowing Christ in the fullness of his resurrection.

One of the difficulties of rendering 3:15 with “perfect” is that most English speakers think perfection is absolute and leaves no room for improvement. But this is not what Paul means by teleios. We must allow the context to shape the way we understand the meaning of each word. The runner in our illustration will continue to practice and to improve, but the fact that there is always room for improvement does not mean that he runs his races with less than perfect energy. The image helps us understand Paul’s vision of the Christian life. We can be fully engaged in chasing after Christ and still have room to grow in grace and faith.

The rendering for which I’m arguing resonates strongly with my Wesleyan-Methodist heritage. Wesley believed that grace was big enough to fill us with love for God and others in a comprehensive way. Against his critics, he insisted on the language of Christian perfection precisely because scripture used the language of perfection, and Philippians 3:15 is a prime example. As a Methodist, I am eager to translate the scriptures in a way that is faithful to the original text and in a way that communicates the distinctive biblical insights of the Wesleyan tradition.

So, while there is no perfect translation, there is a preferable one. And in the case of Philippians 3:15, Wesleyans should prefer the language of perfection. More than the vague language of maturity, this option is much more to motivate the reader to investigate more carefully Paul’s radical vision of the Christian life, a vision that was caught by John Wesley and has been entrusted to us who happily bear his name.