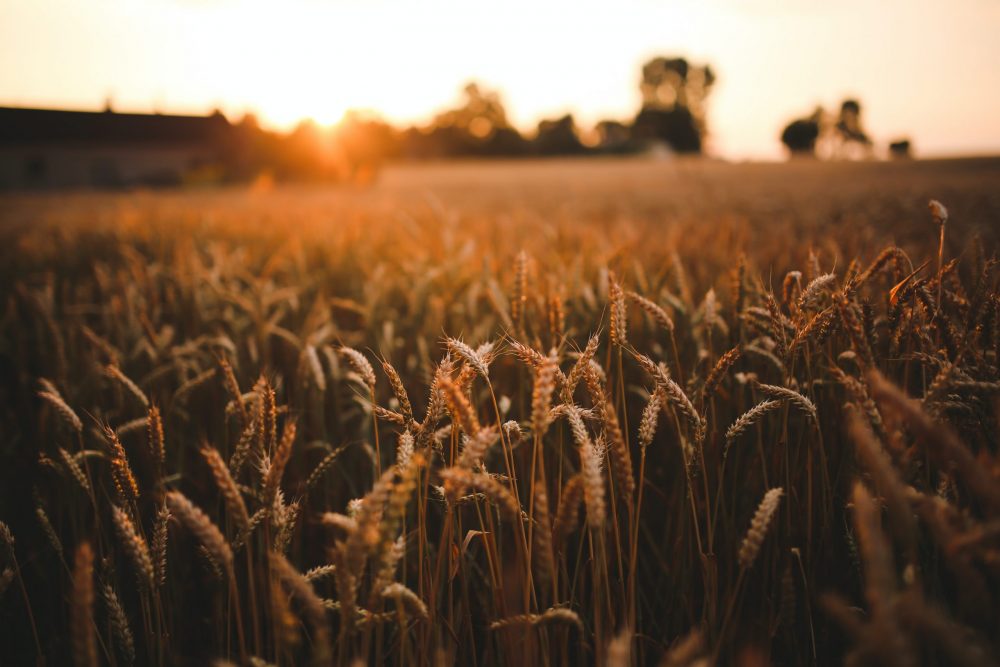 1 The Lord said to Moses at Mount Sinai, 2 “Speak to the Israelites and say to them: ‘When you enter the land I am going to give you, the land itself must observe a sabbath to the Lord. 3 For six years sow your fields, and for six years prune your vineyards and gather their crops. 4 But in the seventh year the land is to have a year of sabbath rest, a sabbath to the Lord. Do not sow your fields or prune your vineyards. 5 Do not reap what grows of itself or harvest the grapes of your untended vines. The land is to have a year of rest. 6 Whatever the land yields during the sabbath year will be food for you—for yourself, your male and female servants, and the hired worker and temporary resident who live among you, 7 as well as for your livestock and the wild animals in your land. Whatever the land produces may be eaten.
(Leviticus 25:1-7)

These verses describe the so-called sabbath year. Every seventh year the Israelites were to disrupt their work and pause the production that would have ensured survival. These instructions take a weekly sabbath rhythm and intensify the trust required to stop and be still. It isn’t even clear whether the Israelites actually followed the sabbath year instructions in Leviticus 25:1-7. A few passages seem to imply the possibility (2 Kings 19:29; Isaiah 37:30), but even if the Israelites never followed these instructions, I could sympathize. An enforced sabbath like this would have pressed the soft edges of their livelihood and exposed all sorts of vulnerabilities.

The COVID-19 pandemic has offered many of us a condensed kind of enforced sabbath. We’ve been forced to push the pause button for just a few months. This season has revealed some brutal lessons of what it means to pause things I can otherwise control myself.

A Sabbath When You Don’t Want One

I pastor a campus of a large multi-site church in Central Ohio. I’m in my seventh year serving this community (a detail I’ll come back to shortly). Let me share a little about our 2019 that will help put 2020 into context.

Last year was fast paced, gloriously frenetic, admittedly hectic at times, and a whole lot of fun. I should also mention it almost killed our team. In January 2019, our church kicked off a strategic, exciting, and no less seismic announcement of a senior pastoral transition that would unfold over the course of two years. Our church’s first and only senior pastor of more than 30 years is handing over the reins. In conjunction with the transition, we launched a capital campaign casting vision for the next chapter of our church’s story. The campaign was wildly successful (and stressful) and required a lot of additional energy from everyone. There was a lot going on.

In addition to everything happening church-wide, 2019 was exceptional at the campus. We experienced significant growth in virtually every area we measure. Everything was “up and to the right,” as they say. More people coming to Jesus. More baptisms. More people engaging and taking next steps. New leaders being raised up and unleashed. Attendance was up. We had our biggest Easter celebration ever. Generosity (both through the campaign and in regular giving) was up. We launched new partnerships, new outreaches, and served our city in substantial ways. For the first time in my pastoral ministry, we came out of the summer with momentum. We just kept the foot on the gas pedal. We celebrated our campuses’ 10-year anniversary with a huge party and the “up and to the right” trajectory continued through Christmas (which also means through the Ohio State football season, no small task in Central Ohio). 2019 was fun! But did I mention last year almost killed our team?

At the end of the year, we paused to reflect and celebrate. Honestly, I was looking forward to 2020. I wasn’t on the verge of burnout. In fact, it was just the opposite. I was energized, ready to run faster and build on the momentum. But as I continued to pray, two things became clear for 2020: 1) we had to get the senior pastor transition right and 2) if we didn’t collectively slow down as a campus team, somebody was going to burn out. So, I got all spiritual and proclaimed 2020 a type of sabbath year.

It all made sense. I was entering my seventh year pastoring the campus. I came up with a rather non-sabbath-like phrase to describe what I envisioned – “slow down while keeping the pace.” No new initiatives. No big events. We were going to let areas of ministry grow where we had invested and see what happened. We weren’t going to prune ministries and we’d deal with the mess later. Let me be clear, I had no intention of (and have no patience for) slacking off. We were going to carry out the normal week to week tasks with excellence and care for people well. We were just going to engage differently.

January and February started off great. We were taking a breath and our metrics were on the same trajectory – “up and to the right.” Then, COVID-19 hit. Like the majority of churches in America, we closed our physical locations and went all in online. All my plans ran into an enforced sabbath.

Here’s what I’ve discovered – a sabbath year is good as long as it is on my terms. As long as I could control the metrics that define my success, we were good. These past few months have felt different and ruthless. Almost every metric that we use to measure “success” has been disrupted. My normal feels vulnerable.

In some ways, the sabbath year described in Leviticus 25 would have done the same to the Israelites. It would have exposed vulnerabilities. As the people took their hands off the plow, they would have had to trust God in a dormant season. Do we have the stamina to trust God in seasons that feel dormant? It is in these moments where space is created for rest and restoration.

In a similar way, this season has required us to pause and (re)learn trust. We’ve had to pivot from our normal practices and routines. Like me, some of you have had to redefine success. So much has been stripped from our control. So many of our normal metrics have felt disordered and inverted in this season.

Maybe that was always the aim of a sabbath year – learning to trust God with inverted metrics. As life continues to reopen and return to our new normal, it would be good to consider what lessons we have learned in this abbreviated but enforced sabbath. Maybe instead of producing as much as possible and having a perpetual “up and to the right” mentality, we need the metrics of an enforced sabbath. Maybe trust is cultivated not “up and to the right” but “down into the heart.”