Apostles’ Creed Sermon: I Believe in Jesus Christ, His Only Son

Apostles’ Creed Sermon: I Believe in Jesus Christ, His Only Son 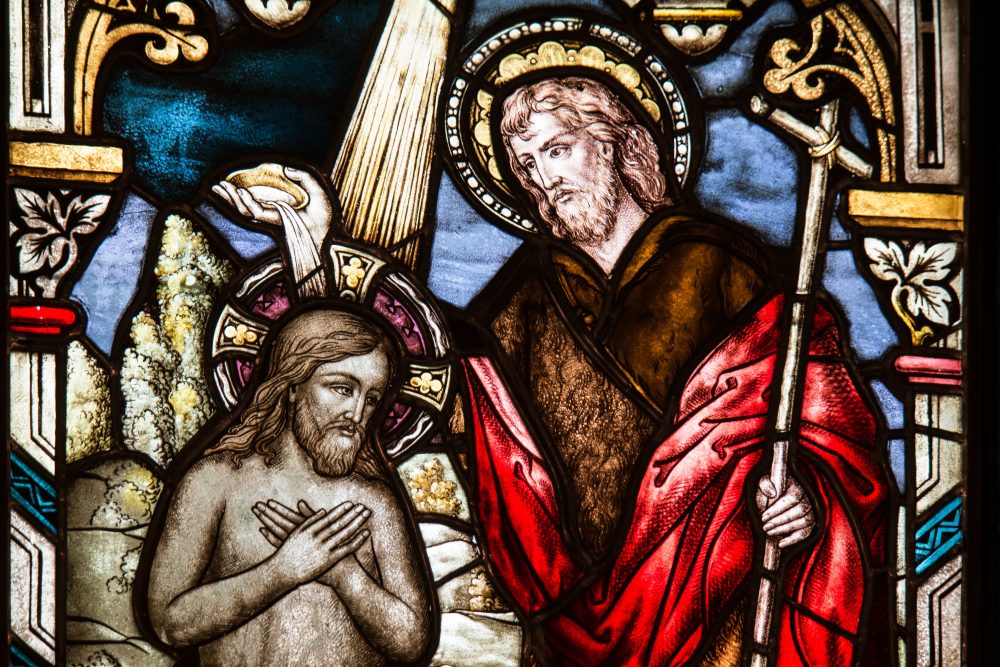 Today, it is more socially acceptable to talk about “truths” than “Truth.” Once, during the filming of an episode of The Oprah Winfrey Show, members of the audience engaged in a spirited dialogue with Oprah during a commercial break. Someone from the audience suggested that Jesus was the only way to God. Oprah’s response was incredulous: “How can you say that Jesus is the only way?” (The dialogue can be found on YouTube by searching “Oprah says Jesus is not the only way”) The conversation that followed was tense, to say the least!

A. With the rise of theological diversity and religious pluralism, on what basis can a follower of Jesus claim that He is the only way to God?

B. This week’s portion of the creed accomplishes two things: 1) It speaks to the identity of Jesus by providing a fuller understanding of who he is by means of a cluster of identifiers; and 2) It begins to tell the story of Jesus that begins with his miraculous birth.

i. Years ago, a commercial would often run depicting various scenarios in which a financial adviser whispers something to a client, causing all around them to stop mid-sentence and tune in. The tag line was always the same: “When E. F. Hutton speaks, people listen.” In a similar way, writers of the Bible have a way of calling all eyes upon a singular reality. We see it in Genesis 22:2 when God calls Abraham to sacrifice Abraham’s son. The writer makes it emphatically clear who and what is at stake:

“Take your son,
your only son,
Isaac,
whom you love.”

What we have here is a set of four identifiers where each not only provides a certain shade of meaning but also narrows the focus to an inescapable reality. There can be no mistake about the identity of this would-be victim.

ii. Who is Jesus, and how are we to understand him in view of such various and competing claims about him in the world today? Fortunately for us, the Creed makes it clear through a set of identifiers that point to the inescapable reality of:

Jesus
the Christ,
His Only Son,
Our Lord.

iii. Matthew 1:20-23 carries the substance of Jesus’ identification, and it finds its nearly word-for-word expression in the first part of this week’s creed segment: “I believe in Jesus Christ, His Son, Our Lord.” Here is the text from Matthew’s Gospel:

“Christ” is not—contrary to some opinions—Jesus’ last name. It is a title that speaks to his mission. The underlying Hebrew word gives us the word, “Messiah.” Both “Christ” and “Messiah” mean “anointed one.” Here, the anointing is for a particular purpose, which is “to save his people from their sins.” So when we hear the words “Jesus” and “Christ” together, we can understand them as “The anointed one who saves people from their sins.” The citation of Isaiah 7:14 makes this clear.

That Jesus is conceived by the Holy Spirit and born of a virgin indicates the Bible’s presentation of Jesus in his unique relationship to God as the “only-begotten son.” We are likely familiar with this phrase from John 3:16, but it also figures prominently throughout the opening of John’s Gospel, especially in John 1:14-18. (See also Mark 1:11 and 9:7; Heb 11:17; and 1 John 4:9.) First John is especially intentional about contrasting Jesus as the only-begotten son (Greek, huios) with us as “children” (Greek, tekna). Further, John 1:1 introduces Jesus as the logos, or “word,” through whom all things came to be. This identifies Jesus with the creative work of God “in the beginning”—a phrase that opens the Bible and resonates like the echo of a cannon blast at the opening of John’s Gospel. In this way, Jesus is to be understood in relationship to the God the Father as “His Son.”

Whereas the phrase, “His Son,” defines Jesus’ relationship to the Father, the phrase, “Our Lord,” defines our relationship to Jesus. The angelic messenger in Matt 1:20-23 asserts that Jesus will be known as “Immanuel” (which Matthew defines as “God with us”). Here is where the economy of the creed’s words belies its genius. The phrase “our Lord” perfectly captures two realities at one-and-the-same time.

The first is this: God is not sitting by on his heavenly sideline sending in plays by remote control for us to execute. He has chosen to join us on the field. He is, in fact, with us.

iv. Taken in sum, these identifiers work together to create a constellation of meaning whose whole truly exceeds the sum of the parts. Jesus is the anointed one who saves us from our sins precisely because he is the only-begotten son—and as such—is our Lord.

i. This part of the credal formulation goes on to begin a story, a story whose basis lies in Jesus’ entry into this world through highly unusual means. The Bible claims that Jesus was conceived not through normal human means, but by means of the Holy Spirit. Further, that divinely conceived child would be born to a young woman who had never been with a man. “Preposterous,” the modern mind might say.

ii. However, and going back to Oprah’s question as to how anyone could claim that Jesus is the only way to God, let’s frame that in a more helpful way. Who exactly says that Jesus is the only way? Does the fact that we say it is so necessarily make it so? What if during that commercial break someone had risen from the audience and responded to Oprah’s question with this: “Oprah, I didn’t say Jesus is the only way to God. Jesus said that. If you’ve got a problem with that, take it up with Jesus.” Jesus did in fact make this claim, and it is doubly-explicit in John 14:6 where Jesus says, “I am the way, the truth, and the life. No one comes to the Father except through me.” Two elements of the original Greek are worth noting here:

1. When Jesus says, “I am the way,” he doesn’t say “I am a way.” How the Greek sentence is constructed makes it absolutely clear and irrefutable that Jesus is making an exclusive claim here. The force of the Greek text requires: “I am the way.” This holds true for “the truth” and the “life” as well.

2. Further, when Jesus says, “I am the way,” the emphasis is not necessarily on “the way” (or “the truth,” or “the life”). The emphasis is on the explicit indication of himself as the subject. The Greek text does not require the word “I” to appear because the form of the word “am” could only point to an “I” subject in Greek just as it would in English. So, the force of this dimension is: “I am the way, I am the truth, I am the life. Don’t go looking to anyone else to point you in those directions, because I am the only one who can!”

3. When combined, these two points of emphasis give us: “I am THE way, and THE truth, and THE life.” Let us therefore abandon any senseless notion that Jesus is willing to concede other avenues to God besides himself. Only one with the birth certificate that he has could make such a claim.

i. Read the Gospel of Mark, preferably in one sitting.

ii. Note each instance where someone asks a question about the identity of Jesus.

iii. Note also how the story of Jesus reveals his identification as God’s son at various stages in Mark, especially at: the very beginning, the almost exact middle, and the very end. Note those specific verses, considering the significance of:

1. What is said about Jesus as God’s son; and
2. Who it is that makes the claim. 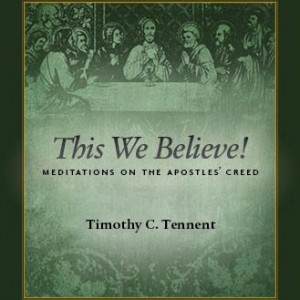 Are you interested in engaging with the Apostles’ Creed in a more meaningful way? In This We Believe: Meditations on the Apostles’ Creed, Timothy Tennent brings together a wealth of theological and biblical insight with years of practical experience in making disciples. Broken into twelve chapters, one for each of the great faith declarations of the Apostles’ Creed, this resource makes for an excellent introduction or refresher course on the essentials of the Christian faith. It works well for personal or group study as well as a congregation-wide journey.

Apostles' Creed Sermon: I Believe in Jesus Christ, His Only Son