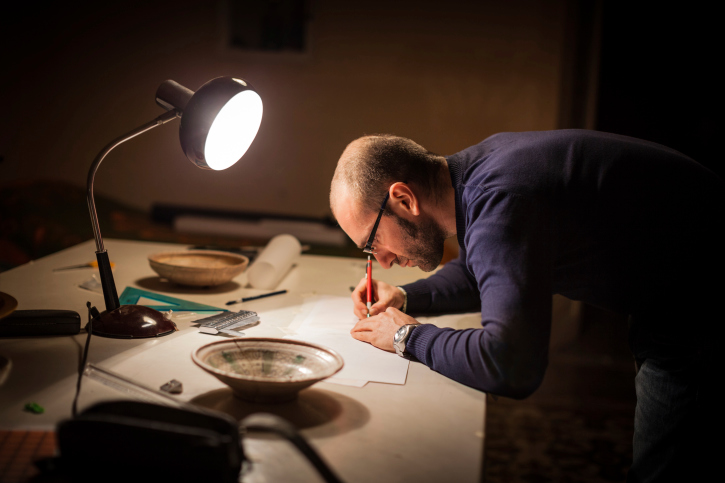 Biblical archaeology aims to paint a picture of the world behind the biblical text so that its words are clearer and more effectively appropriated. Tweet this!

Whenever anyone asks me about archaeology and the Bible, I cannot help but recall two particular scenes in Raiders of the Lost Ark. In one scene, early in the movie, Indiana Jones discusses finding the Ark of the Covenant with two U.S. government officials. This scene represents a common misconception—that archaeology is primarily concerned with “the big find” that will revolutionize our understanding of history (Archaeology may have been concerned with that at earlier point in history, but it is certainly not now). In another scene, one of the villains is discussing archaeology as an “art” while in the background there are, literally, rail-cars full of dirt from the dig site being indiscriminately hauled off. So much for methodological precision and delicacy, eh?

So what is archaeology and why is it important for biblical studies? Such questions have enjoyed a recent revival, particularly in light of a few recent media blitzes in response to archaeological data that impacts how one views Scripture’s credibility and truthfulness. For example, the excavators of Khirbet Qeiyafa (a small Iron Age site located in what was the border region between Israel and Philistia) have apparently discovered a prominent governmental installation dated to the time of the Davidic kingdom, which, of course, has been touted as supporting evidence for the Old Testament’s picture of an extensive and influential kingdom under David and Solomon’s watch.

In another instance, a couple professors from Tel Aviv University have released their Carbon 14 analysis of what they declare to be the oldest camel bones to have been excavated in the Levant. Without going into the technical details, they have declared their findings to be a significant voice against the historical credibility of the Patriarchal narratives. As if the conversations are not intense enough, sensational headlines usually accompany such press releases. They include, “Camel Bones Suggest Error in the Bible,” or “David’s Palace Found.” Such titles ensure “passionate” responses, to be sure. Yet this is probably the intention, right? Passion equals attention, and attention equals money. Therefore, it goes without saying that a proper understanding of archaeology as a discipline and its importance for biblical studies is critical.

Quite simply, archaeology is the study of material culture (homes, towns, cult sites, farms, tools, art, vessels, texts, etc.) for the purpose of reconstructing daily life and understanding the dynamics of a particular culture. Indeed, it is not an exact science, as the data is subject to interpretation. Nevertheless, archaeology deals with empirical data that illuminates history. Biblical archaeology is a subset of archaeology. It is archaeology that directly or indirectly affects how one understands Israel and the early Christian community, and by extension Scripture. Its sole focus is not to prove the Bible’s historicity, but it can…and it has. (If you are a BAS Library Member, click here. Otherwise, check this out)

Ultimately, one must realize that archaeology is subject to the beauty of research. Conclusions are constantly being revisited in light of new finds and new interpretations. Therefore, be skeptical of absolute declarations, in either direction for that matter. The reality is that only a fraction of the Levant has been systematically excavated. Time will reveal more data, and that data will continue to sharpen our understanding of the culture through which God chose to disclose his revelation.

Biblical archaeology is important for our understanding of the Bible. In fact, archaeological evidence is an effective tool for bringing the biblical world to life and demonstrating Scripture’s credibility and practicality. However, it is a tool that has to be respected as it has its limitations. Furthermore, the reality is that God’s revelation largely has come to humanity through Scripture. Therefore, understanding God and his intentions for humanity is, by and large, a textual endeavor.