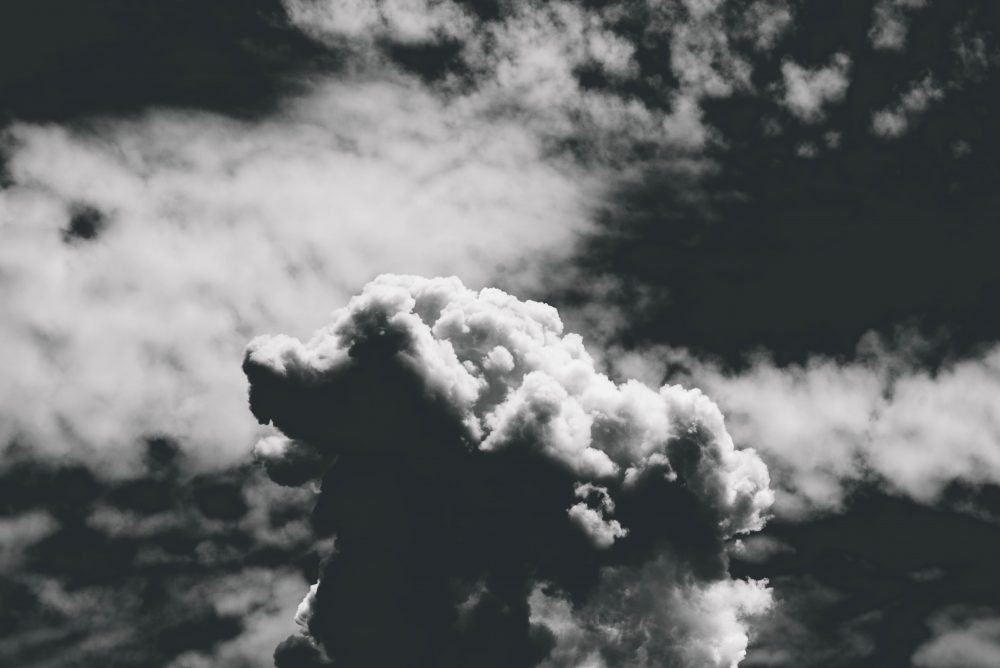 The church celebrates the ascension of Christ on the Sunday after the fortieth day in Eastertide. As the first chapter of Acts indicates, Jesus remained with his disciples for forty days before he ascended to the Father (Acts 1:3). Although sometimes forgotten, Christ’s ascension in glory to the right hand of the Father remains a crucial part of the history of salvation. For this reason, Ascension Sunday was one of the five great feasts celebrated in ancient Christianity (Nativity, Epiphany, Easter, Ascension, and Pentecost).

The ascension of Christ reminds believers that salvation extends to the entire created order, which will one day come to reflect the full glory and radiance of God as it is taken up into the full participation of God’s triune life.

Encapsulated in Paul’s declaration that God is gathering all things together in Christ (Eph. 1:10), the ascension marks the completion of the movement of Christ’s humanity from glory to glory. As Gregory of Nyssa proclaims, “now that his human nature has been glorified by the Spirit, this participation in the glory of the Spirit is communicated to all who are united with him.” The ascension of Christ is most associated with glorification, that final transition further up and further in until all things meet in final union.

Like the scene in The Last Battle when everyone begins the journey westward as a land rises before them that is and is not recognizable. They see familiar mountains, forests, and rivers alongside of familiar faces and yet there is something deeper and richer to the land and its inhabitants. In those final chapters, Lewis works hard to try and describe the transformation of all things in terms of continuity and discontinuity. The new Narnia has swallowed up the old Narnia so that there is a strange wonder to the new land, as though one is looking out on paradise for the first time. And yet, in the midst of the strangeness of the new, the Unicorn articulates the growing sense of the group when he proclaims, “I have come home at last.” This proclamation causes everyone to spring into a gallop that amounts to the ascension of all “further up and further in.”

The resurrection and ascension of Christ form a single movement “further up and further in” that attest to the continuity and discontinuity between this life and the life to come. On the road to Emmaus the disciples do and do not recognize the risen Lord. Their eyes lack the clarity of vision that only emerges as they listen to the burning of their hearts. Suddenly, there is a momentary flash of grace in which head and heart come together and they behold the Lord before he vanishes. This continuity and discontinuity speaks to a sense of recognition and rest coupled with a strange newness that brings wonder and awe. It is the tension between the old and the new, a tension where we find ourselves burning to go home while sitting in the comfort of our own homes.

When scripture declares to believers that they should “seek those things which are above, where Christ is, sitting at the right hand of God” (Col. 3:1), it is reminding us to look to the end. To look up is to look beyond, and to be seated with the ascended Lord now is to recognize that the present glory of grace (justifying, sanctifying, charismatic grace) points toward the glory to come when we “with unveiled faces will behold the Lord,” not as now in a mirror, but face to face (2 Cor. 3:18). The gifts that the ascended Christ gives to the church in the form of apostles, prophets, evangelists, and pastor-teachers are a foretaste of what will yet be, because such gifts transform believers now in anticipation of the final transformation.

In Pauline terms, then, the ascension of Christ points toward a way of existing spiritually in the world. The life of grace unfolds in a movement of ascent and descent. Believers ascend to where Christ is seated at the right hand of the Father only to descend back into the world. As Ephesians says, “He who descended is also the One who ascended far above all the heavens, that He might fill all things” (Eph. 4:10). The ascended Christ begins to fill all things through the gifts given to the church so that the recipients of those gifts might move out in the power of the Spirit to transform all things. Thus, believers ascend now in their hearts in the words of the liturgy, “lift up your hearts, we lift them up to the Lord,” precisely so that they might descend into the dark places and bring the glory of the new age to bear on this world. Whereas Christ descended and then ascended, believers ascend “in Christ” and then descend back into the world. It is a continuous movement upward and outward that gives way to a final “further up and further in.”

Prayer and worship (loving the Lord our God through works of piety) form the ascent while acts of service (loving your neighbor through works of mercy) take the believer down from the heavenly realms into the deserted places. For someone like the twelfth-century theologian Richard of St. Victor, this ascent and descent is a movement from one kind of love to another, from the molten hot, violent charity of ecstatic embrace to the overflowing compassion for the brokenhearted.

It is the move from the burning forge of God’s altar to the divine hesed for the nations. In the former, we glimpse the end as we experience the glory of grace and long for home. This ecstatic ascent breaks our bonds with the old world so that liberated we might now remake it. We set our sights on things above, where Christ is seated and thus look beyond this world to the new, transformed one. Yet, as the ascension of Christ reminds us, the new home is not an abandonment of the old, but rather its liberation from bondage into the full freedom of the sons and daughters of God. It is about glorification, the glory of Christ and the final glorification of creation. 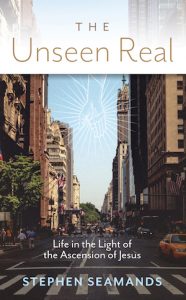 Learn more about the ascension of Jesus and its significance for the Christian life with Steve Seamands’ The Unseen Real: Life in Light of the Ascension of Jesus. The ascended Christ invites you to an ascension-shaped life. “To him who overcomes, I will give the right to sit with me on my throne” (Rev 3:21). This book can help you discover what that means.