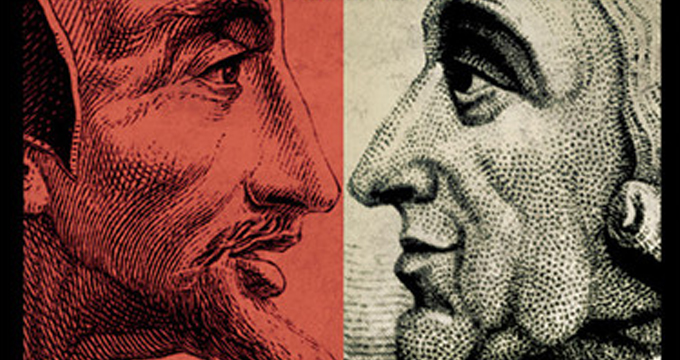 When Wesleyan ideas are put to the test, the theory makes for good logic and even better practice than Calvinism. Read Brian LePort’s review of Calvin vs. Wesley, a recent book which generously compares these two compelling, and in some ways, competing traditions.

In Calvin vs. Wesley: Bringing Belief in Line with Practice one will not find a Wesleyan polemic against Calvinism, per se. In fact, the author Don Thorsen displays not only familiarity with the writings of John Calvin, but also respect for the man as one of the greatest Protestant theologians. He quotes from many of Calvin’s writings directly, not relying on hearsay or secondary interpretations, and does his best to be as accurate in his presentation of Calvin’s beliefs as possible. It is evident—as Wesley himself said of his disagreement with Calvin’s understanding of the doctrine of justification—the difference between these two is often just “a hair’s breadth,” but what different trajectories those small differences create![1] I do not hope to convey that Thorsen’s book is merely a passionless juxtaposition between Wesley and Calvin. He is convinced that Wesley’s vision for Christianity is not only truer to the Bible, Christian tradition, sound thought, and human experience, but also that many Christians, even self-declared Calvinists, tend to side with Wesley in how they understand and practice their Christianity.

For some Calvinist readers this book may confirm their fears: most Christians are indeed more Wesleyan and this is what is wrong with Christianity. On the flip side, most Wesleyans may be pleasantly surprised to see that Wesleyan theology hasn’t been nudged out of the picture as it sometimes seems in light of the attention given to Reformed theology these days (especially the so-called “Neo-Reformed” or “Neo-Puritans”). Throughout the book Thorsen rebuts the accusation that Wesleyan thought is what’s wrong with modern Christianity, showing that it is in fact a positive thing that Wesleyanism has won the day in the hearts and minds of so many.

The book is eight chapters long plus introductory and concluding chapters and an appendix. The work is structured so that Calvin’s emphasis is presented first then compared and contrasted with Wesley’s in regards to given topics of systematic theology. This includes God’s sovereignty as it relates to God’s love; the Bible as either the “sole” authority or a “primary” authority; the relationship between freedom (free will, or, as Wesley called it, free grace) and predestination; prevenient or irresistible grace; unlimited or limited atonement; sanctification defined primarily by holiness or mortification; a catholic or magisterial ecclesiology; and finally empowering or triumphal approaches to ministry.

While Calvinism emphasizes TULIP, i.e. (1) total depravity, (2) unconditional election, (3) limited (or particular) atonement, (4) irresistible grace, and (5) the perseverance of the saints, the Wesleyan view is presented by Thorsen with the acronym “ACURA” for (1) all are sinful; (2) conditional election; (3) unlimited atonement; (4) resistible grace; and (5) assurance of salvation. This summarizes their differences in the subcategories of soteriology, but as Thorsen shows there are important differences in how these two understand the role of the Bible’s authority, the nature of the Church, and the posture of the ministry toward the laity.

The historical context of Calvin and Wesley are taken into consideration in order to try to avoid anachronistic thought: Calvin living in the sixteenth century and Wesley in the eighteenth. Similarly, their theological trajectories and influences factor into the discussion: Calvin in the heat of the early Reformation and Wesley as an Anglo-Catholic thinker with two more centuries of perspective from which to draw. That said, because both of their visions for Christian thought and action have been received by their followers, Thorsen does not limit the debate to the past but takes a look at how these movements have evolved since the days of their founding figures.

Wesleyan theologians sometimes feel a sense of inferiority in light of the Reformed tradition’s well-structured, systematic approach to Christianity. Thorsen’s book can help correct this misconception. Wesleyanism theologizes in light of how theology must function in the real world with real people responding to God. It may not seem as philosophical and comprehensive as some forms of Reformed thought, but that doesn’t mean it is any less intellectual. Thorsen’s book accomplishes this by reminding us that when Wesleyan ideas are put to the test, the theory makes for good logic and even better practice. This is why he argues that Wesley’s understanding of these subjects has actually been the more influential than Calvin’s, as it ought to have been.