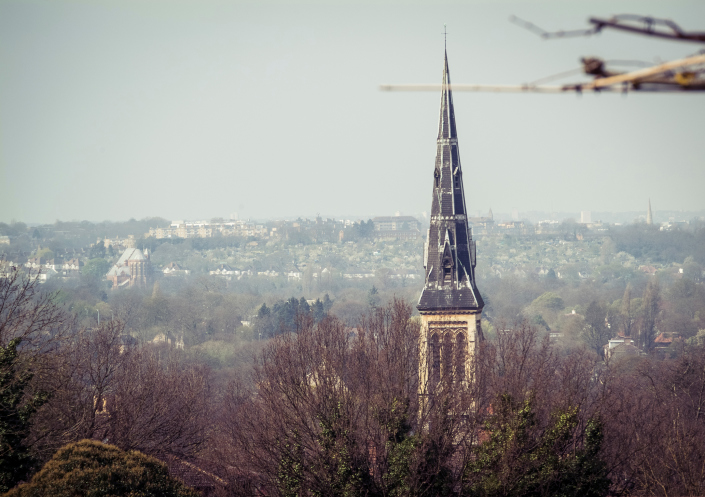 “You can make money without doing evil” is one of Google’s “Ten Things We Know to be True” in the “What We Believe” section of their website. Rather than merely advocating for not doing evil, how can we as believers do something positive and live out our spiritual lives in the midst of our business and money-making activities? Is it even possible to just “not do evil,” but to find spiritual fulfillment in the midst of one’s vocation? To answer this we need to explore how faith and business have overlapped in the past. A very brief snapshot of examples is given below.

The spread of Christianity followed the trade routes of the Silk Road. Many argue that Christianity not only coexisted with business, both fed off of each other to spread to the east. This can primarily be seen through the work of the Nestorians who were passionate in sharing their faith, but who supported themselves primarily via business. The Nestorians were involved in trading along the Silk Road, but they also were engaged in work as artisans, physicians and stewards.

The Religious Society of Friends, or Quakers, was actively involved in starting many businesses, specifically “innocent trades” that were deemed to be useful to society and not related to the military. The businesses they were involved in starting ranged from metal production and whaling to medicine and chocolate. One of their main influences was to bring integrity to the business arena, as those doing business with the Quakers knew they could trust them. This reputation led to the birth of very large businesses such as Barclays Bank, Cadburys, and Western Union. Their focus in the 19th century was not on profit alone, but also on the living conditions of their employees, the establishment of hospitals and schools, as well as opposing the slave trade.

The Moravians operated under the idea that businesses would support their missionary activities. Their principle goal in establishing multiple businesses was to support their outreach to other European settlers in America, as well as Native Americans and people in the West Indies.  They were intentional about operating their businesses in accordance with their biblical philosophy. At the same time, they were also concerned about making a profit in order to support their missionary endeavors. One of their goals in operating the business was for the local people in the area to see the dignity of work. Zinzendorf, one of the great leaders of the Moravians, believed that through the operation of businesses the Moravians would have a natural interaction with the people that they were trying to reach, as well as tangibly provide economic benefit in the societies in which they were living.

The Basel Mission Trading Company operated in India under the principle that profits were not the main goal of the company; rather, it was to be genuine examples of Christians working wherever they were located. In fact, the workers for the company were trained in theology as well as in a trade. The founders of the Basel Mission Trading Company felt that the strongest witness to outsiders was their life, more than their words. Based on this belief the workers viewed their business conduct as missional in nature. Through the company, the workers started many businesses. For example, the company operated a tile factory in India where they had success in creating a high-quality product that some attributed to the local people adopting the work ethic modeled to them. This model followed ethical labor practices, as well as observed other pietistic practices. In India alone, the company employed over 3,500 people in 1913, thus, having the potential of enormous Christian influence.

The father of modern missions, William Carey, used multiple business-type projects in India. He began by working in an indigo factory and learned the language there. He then did other enterprises throughout his career in India, such as being a cobbler, a factory owner, a university professor, and establishing a printing business.  All of this was done as means to establishing his work and ministry among the Indian people.

There are many other companies, such as Hobby Lobby, Chic-fil-A, ServiceMaster, Interstate Batteries and Tyson Foods that should be studied to understand how the founder’s Christian beliefs impact the company and the larger communities in which they operate. One benefit of being exposed to this broad history of the intersection of Christian faith and business is the diversity of the motives of those involved. Additionally, it is helpful for us to see that we can go beyond the avoidance of doing evil, but can actually live out our spiritual lives and find spiritual fulfillment in our workplace.