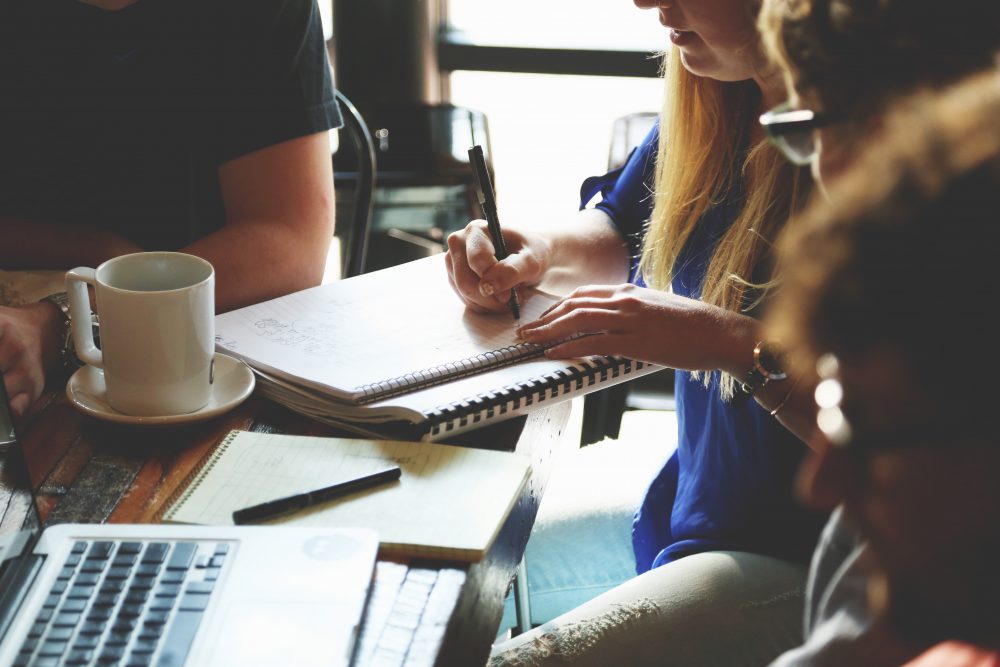 A few years ago, George Hunter had a conversation with a Byounghoon Kang, a Methodist pastor from South Korea, wherein he asked Dr. Kang what he thought about Methodism in America. Kang’s reply was surprising: “From what I could tell, Methodism does not really exist in America.” He continued, remarking that “your Methodist churches do not have class meetings, your people do not minister to each other through class meetings . . . In my church, and in most of our churches,” he reported, “all of our people meet in class meetings. Our members’ involvement in class meetings is even more important than their involvement in Sunday worship. Can there be real Methodism without class meetings?” (George Hunter III, The Recovery of a Contagious Methodist Movement [Nashville, TN: Abingdon Press, 2011], 15.)

While this is certainly a worthwhile question for Wesleyans and Methodists to consider, let me reframe Dr. Kang’s question in broader terms that every Christian should consider: Can there be real Christianity without discipleship in community? Along with Wesley, I would argue that the answer is no.

Robby Gallaty is a pastor who has reappropriated Wesley’s model for the contemporary church. In his book Rediscovering Discipleship: Making Jesus’ Final Words our First Work, Robby shares how he is using the Wesleyan model to help train hundreds of leaders around the United States. Gallaty writes:

We have taken Wesley’s model and created a Discipleship Pathway for believers to embark on: Congregation (Societies), Community (Classes), and Core (Bands). Members are asked to consider where they are in the pipeline of spiritual growth in order to take the next step of their journey. The Congregation (50+ people) is a weekly gathering, typically on Sunday morning. The purpose is to engage in a time of celebration through prayer, singing, study of Scriptures, and love for one another. The Community group (15–20 people), often a Bible study or small group, meets for behavioral change. The Core group, or D-­Group, consists of gender specific groups of 3 to 5 for the purpose of commitment and accountability. (Robby Gallaty, Rediscovering Discipleship: Making Jesus’ Final Words Our First Work [Grand Rapids, MI: Zondervan, 2017], 113.)

Regardless of what you call it, Wesley’s discipleship system of societies, class meetings, and band meetings offers us timeless principles useful for making disciples today. The Bible provides no evidence of a lone ranger in the body of Christ. Serious discipleship that grows people to spiritual maturity necessarily involves the whole body of Christ. Wesley recognized the importance of meeting together with other Christians to share our experiences, hold one another accountable, and pray for one another. The goal of the class meeting and the bands was to create a method and a means to help Christians grow in the faith and knowledge of the Lord Jesus Christ, and Wesley knew that growth wouldn’t happen in isolation. We must constantly be growing in our relationship with the Lord, which requires interdependence with fellow believers.

Accountability, fellowship, encouragement, and study are only a few of the elements needed in these interdependent relationships. Wesley’s basic ministry strategy was to meet the needs of the entire person through a discipleship ecosystem. A holistic approach will also move believers beyond themselves to reach out and meet the needs of others, both those in the larger “society” or congregation who are hurting and in need, as well as unbelievers in the broader community. Sadly, this type of holistic discipleship is missing in many churches today, yet they desperately need to be regained if we are going to sow a fresh revival movement in our day.

But maybe you are a little cautious and may think that Wesley’s discipleship methods seem legalistic or too rigorous for modern sensibilities. Or perhaps you have had a bad experience with an unhealthy controlling church or small group, or have heard of controlling communities that had negative effects on people’s faith. I would argue that although this may be the case in some instances, it is more often the complete opposite. Most churches err on the side of not providing support for the discipleship journey. The church in much of the Western world is experiencing a discipleship crisis, and we are seeing the fallout from this deficiency with the drastic decline in churches and even whole denominations across the Western world.

The call to radical discipleship isn’t just a Wesleyan or Methodist thing; it’s a Christian imperative. Plenty of non-­Wesleyans have addressed the need to rediscover serious discipleship. At the First International Consultation on Discipleship, John Stott called attention to the “strange and disturbing paradox” of the contemporary Christian situation. He warned, “We have experienced enormous statistical growth without corresponding growth in discipleship. God is not pleased with superficial discipleship.” (John R. W. Stott, “Make Disciples, Not Just Converts: Evangelism without Discipleship Dispenses Cheap Grace,” Christianity Today, Vol. 43 No. 12 [October 25, 1999], 28.) Sadly, some churches focus on evangelism at the expense of discipleship by seeking to win converts instead of making disciples, despite the fact that the goal of evangelism is disciple-­making.

Alan Hirsch reminds us, “We can’t make disciples based on a consumerist approach to the faith. We plainly cannot consume our way into discipleship . . . Consumption is detrimental to discipleship.” (Alan Hirsch, The Forgotten Ways: Reactivating the Missional Church [Grand Rapids, MI: Brazos Press, 2006], 45.) The result of consumerism on Christianity is what Lutheran pastor Dietrich Bonhoeffer called “cheap grace” in his most famous work, The Cost of Discipleship, published in 1939. In Growing True Disciples, researcher George Barna reported that the church in America is comprised of “many converts, but shockingly few disciples.” This conclusion is based upon two years of research Barna conducted regarding the current state of discipleship, and how churches might enhance the effectiveness of their discipleship ministries. (See George Barna, Growing True Disciples: New Strategies for Producing Genuine Followers of Christ [Colorado Springs, CO: WaterBrook Press, 2001]). What is the conclusion? We need to rediscover the lost art of disciple-­making.

Wesley’s discipleship systems not only made disciples, it produced leaders. With a high commitment to discipleship, thousands of leaders emerged out of the ranks of early Methodism. It will likely require genuine discipleship efforts to produce the next great leaders today. 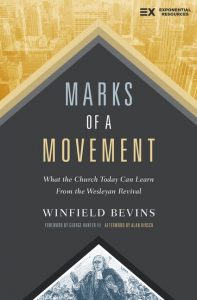 This is an excerpt from Marks of a Movement: What the Church Today Can Learn from the Wesleyan Revival by Winfield Bevins. Order the book from our store today!

In addition to highlighting some of the key leaders of the Wesleyan movements, Marks of a Movement calls us back to the disciple-making mandate of the church through the timeless wisdom of John Wesley and the Methodist movement. With a love for history and a passion for today’s church, Winfield helps us reimagine church multiplication in a way that focuses on making and multiplying disciples for the twenty-first century.