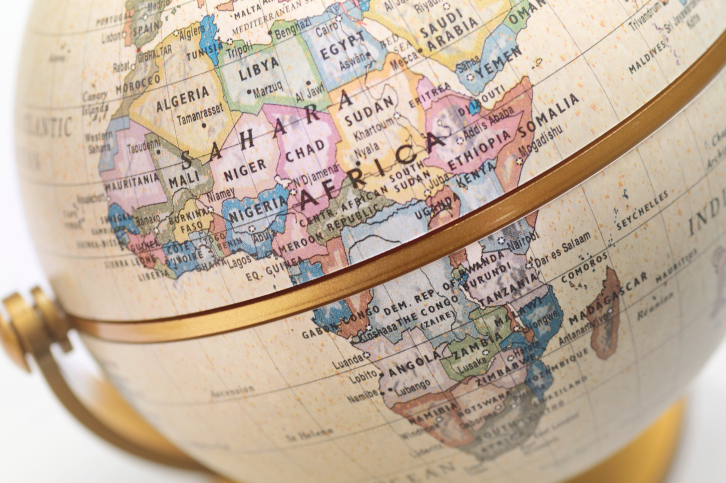 The reclaiming of African Christianity as a pre-modern faith with roots in both Judaism and Jesus’ movement is linked to reclaiming Africa as a land of civilization. This shift constitutes a basic assumption behind the recent theological interpretation of African Christianity by Afrocentric theologians and like-minded western scholars, such as Methodist theologian Thomas Oden. “By Africa, in its ancient sense,” Oden asserts, “we refer to the massive continent that stretches far to the south of the Mediterranean. Geographically Africa is a continent. Culturally it is a vast medley of diverse cultures and languages. Among historic cultures known in Ancient North African times are the Nilotic, the Berber, Libyan, Numidian, Nubian, Ghanaian and others dating back to prehistoric times” (Oden, 2010, 16). That Africa, in close connection with Asia, formed and shaped the major religions known as Judaism, Christianity, and Islam.

During the course of the First Century AD, Christianity spread to the south-west of Palestine into Egypt. The Christian story in Egypt can be traced to the birth narrative of Jesus, which tells of the flight into Egypt where Joseph, Mary and Jesus remained until the death of Herod (Matthew 2:13 ff). Simon of Cyrene was an African compelled by the Roman soldiers to carry the cross of Jesus. Going through the experience resulted in his sons Rufus and Alexander becoming prominent members of the early Christian community. Hence, the Gospel of Mark referenced the three members of that family saying, “A certain man from Cyrene, Simon, the father of Alexander and Rufus, was passing by on his way in from the country, and they forced him to carry the cross.” (Mark 15:21, also mentioned in Matthew 27:32, Luke 23:26 minus reference to Rufus and Alexander).

To see Africa here, one needs to read Ancient Cyrene as located in today’s Libya, a North African country. There were and still are various groups of Africans in that part of Africa, including dark-skinned Africans. In the Scripture, we find dark-skinned African persons being referred to as Cush, Niger, Ethiopian, etc. with a non-racist use of the words. “Niger” or “Nigger,” the Latin word for “Black” or dark-skinned, denoted that dark or black did not necessarily refer to ‘inferior’ or ‘bad,’ but communicated a sense of difference. Hence, when Acts 13:1 describes the composition of a team of three prophets, one can understand that Luke highlights a primitive Christian practice of intercultural church leadership inclusive of a person of African descent, who might well be the same Simon mentioned in the Gospel: “Now in the church at Antioch there were prophets and teachers: Barnabas, Simeon called Niger, Lucius of Cyrene, Manaen (who had been brought up with Herod the tetrarch) and Saul.” This was not surprising, because already at the beginning of the Pentecost, Africans were among those who first heard the praises of God being declared in their native tongues: “Parthians, Medes and Elamites; residents of Mesopotamia, Judea and Cappadocia, Pontus and Asia, Phrygia and Pamphylia, Egypt and the parts of Libya near Cyrene; visitors from Rome (both Jews and converts to Judaism); Cretans and Arabs” (Acts 2:9-11).

The presence of Africans at this event suggests that Africans used to attend Pentecost as Jews or converts to Judaism with the precedence of Africans’ contact with Yahweh going as far back as the times of Abraham, Moses, Zephaniah, etc. (Genesis 12:10ff, Numbers 12/Exodus18, Zephaniah 1:1). Now, seized by the Holy Spirit and being among the many converts to Christian faith (Acts 2:41), those Africans of the first Christian Pentecost returned to their region to spread it and to root it in their land.

We find cases of influential African Jews from Alexandria converted to Christian faith, such as Apollos in Acts 18:24 and Clement of Alexandria, whose writings during the late second century, along with tradition, inform that Mark, the author of the Gospel bearing that name, was a founder of the Alexandrian Church. Fourth century historian Eusebius also accepted the traditions regarding Mark saying, “And they say that this Mark was the first that was sent to Egypt and that he proclaimed the Gospel which he had written, and first established churches in Alexandria.” (Eusebius, Church History II, 16.1).

Between AD150-AD254 there was a famous catechetical school in Alexandria, headed by Clement (AD150-215) and Origen (AD185-AD254), which sought to engage the larger public by combining the prevailing popular philosophies and Christian faith. These African writings showed both discontinuity and continuity between non-Christian heritage and the new Christian life and thought that the earliest African Christians were determined to live and spread. With experiences going back to Jesus’ own cross bearing and to the event of Pentecost in Acts, Simon and his two sons as well as the Pentecostal African converts have been instrumental in rooting Christianity further west of Palestine in Cyrene, in today’s Libya. Further, some Africans from Cyrene were instrumental in taking the Gospel to those called the Gentiles according to Acts 11:19-20.

Further west of Palestine, in the North African lands of Tunis and Algeria, Christianity was strongly present to the point that by AD180, African Christians frequently suffered Martyrdom. Church Historians speak about this African region when they refer to influential Church Fathers such as Tertullian (AD160-AD220) and Cyprian (AD200-AD258), except that the African origins of those figures and the African location of their missional Christianity are hidden with the use of Latin Christianity. They were so missional that Tertullian wrote, “We are but of yesterday and we have filled everything you have – cities, islands, forts, towns, assembly halls, even military camps, tribes, town councils, the palace, senate and forum. We have left you nothing but the temples” (Apology, 37).

It comes as no surprise, then, that during the second century, key African figures were part of the intellectual Christians who formulated the doctrines of Christian faith. Hence, Africans were not at the margins of critical thinking on Christian faith. Thomas Oden suggested that the Western university model originated in, or at least was conceived, in Africa (Oden, 43-44). What have now come to be known as Orthodox Christian doctrines were worked out following the African model of debates addressing issues of faith and life in Africa under the leadership African Bishops and thinkers such as Agrippinus and Cyprian of Carthage, Opatus of Milevis, and Demetrius of Alexandria. Those Africans’ consensus preceded by almost a century the controversial formalizing of Christian doctrines at Nicea. Those confessional statements resulted from ordinary, well-established, courageous, and growing African communities standing against the imperial machine, which held the power of life and death and exerted it upon Christians through civic and religious order.

If they were Christian, thus agents of faith since its beginning, what might be the reasons why the African story of early Christians is not often highlighted during preaching, bible studies, exegetical works, and Church History? There are probably several reasons, but there are two I’m wondering about. Firstly, could it be because modernity and post-modernity have at their core a certain negative construction of Africa? It is especially so with sub-Saharan Africa, as an arbitrary marker to locate Africans with ‘dark skin,’ with ‘dark’ here taking a negative connotation in terms of diseases, poverty, hunger, etc. Because Africa is largely associated with a negative connotation, then it’s easy to accept the silencing of distinctive African voices throughout Scriptures and Christian History. Yet, the Old and New Testaments use multiple expressions, such as Ethiopian, Cush, Niger, black, Simeon, Queen of Sheba, etc., in reference to Africa or Africans which, if not highlighted, would be missed by those who read with new eyes. Secondly, maybe the testimonies of ordinary African Christians being one of resistance against the Empire and continuous vitality in creating alternative cultures in favor of life, when Christianity became rooted in European soil and took the form of cooperating with the military-industrial complex, those voices were no longer worth highlighting due the dissonance that they create with the new form Christianity took?

What do you think?

Let me end with this poem from Song of Songs which refers to the Shulamite as a dark African here offering a model of resistance:

Dark am I, yet lovely,  O daughters of Jerusalem,  Dark like the tents of Kedar,  Like the tent curtains of Solomon.
Do not stare at me because I am dark,  Because I am darkened by the sun.  My mother’s sons were angry with me  And made me take care of the vineyards;  My own vineyard I have neglected. (Song of Solomon 1:5-6).

Below are some suggested resources to further explore this issue: