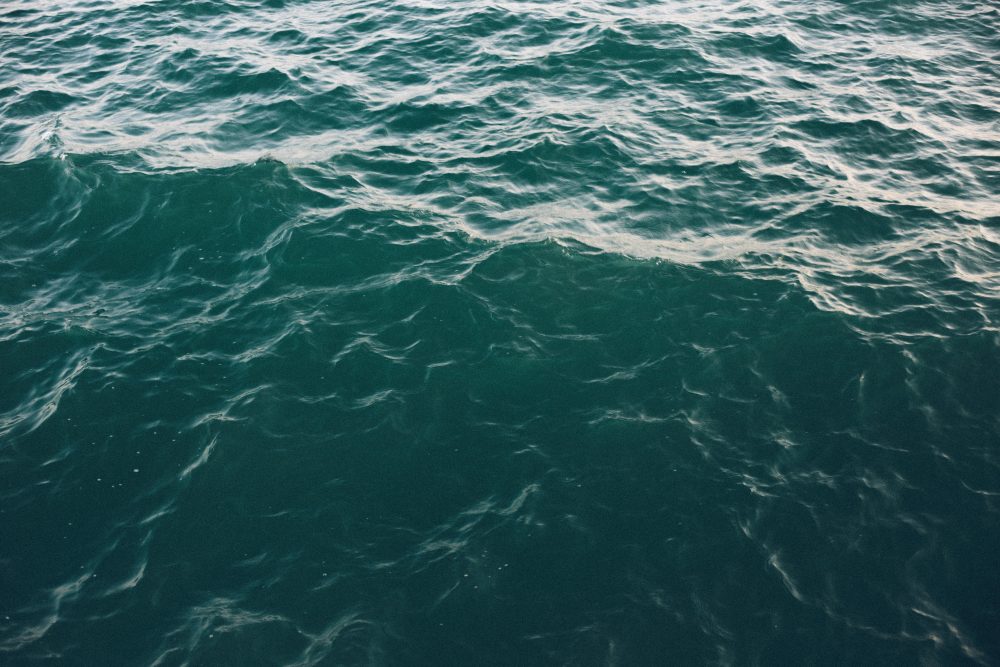 Therefore, there is now no condemnation for those who are in Christ Jesus, 2 because through Christ Jesus the law of the Spirit who gives life has set you free from the law of sin and death. 3 For what the law was powerless to do because it was weakened by the flesh, God did by sending his own Son in the likeness of sinful flesh to be a sin offering. And so he condemned sin in the flesh, 4 in order that the righteous requirement of the law might be fully met in us, who do not live according to the flesh but according to the Spirit.
(Romans 8:1–4)

Romans 8 provides us with the climactic argument of the probatio, or the arguments for the case Paul wants to make with his Roman audience. If you turn the page to Romans 9, you have entered new territory with the beginning of Paul ’s refutatio, his arguments against the case that the Gentiles in his audience might make for their superiority over Jews, God’s first chosen people. In Romans 8, however, Paul finally talks at length about the Christian life, and it is not an accident that there are some twenty references to the Holy Spirit in this chapter, whereas there were none in Romans 7:7–25. The contrast could hardly be more stark.

Paul has spoken of the character of life in Christ and life in the Spirit briefly before in the amplification of the thesis statement in Romans 3:21–31 and even more directly in chapter 5:1–11, but here Paul pulls out all the stops and provides us with a full glimpse of his views of what the Christian life—vivified, guided, guarded, sanctified by the eschatological Holy Spirit of God—looks like. Here we will learn, among other things, that the Spirit the believer already has in his life is a sort of first installment, or even a down payment of the life to come, which means that the Christian’s hope is grounded in what God has already been doing in his or her life. Hope has to do with trusting God to finish what he has begun already. It is not a form of wishful thinking.

Romans 8:1 is indeed connected to what has been said in chapter 7 and builds on it. Paul literally says “there is now no condemnation for those who are in Christ Jesus.” Obviously the wretched person in chapter 7:14–25 can only hear this as a big relief and good news. But Paul does not tarry on the legal pronouncement of “no condemnation”; he wants to stress that the saved person does not merely have objective right standing with God as a result of Christ’s saving work. No, indeed, if anything he is placing the emphasis on the subjective transformation of the person in question.

In fact, you can read the following clause as explaining why there is no condemnation—it is “because through Christ Jesus the [ruling principle] of the Spirit who gives life has set you free from the [ruling principle] of sin and death”! The person in bondage does not receive condemnation, rather he receives liberation, and that is actually why there is no condemnation. The “law of sin and death” reflects the condition of a fallen world. Sin is just as inevitable as death. And even God’s law, the Mosaic law referred to in Romans 8:3, couldn’t fix the situation and Paul explains why—“it was weakened by the flesh.” I take this to mean that the power and truth of the Law could not in itself overcome human fallenness. Its affect on fallen humanity was not transformative. Indeed, Paul would say it led to condemnation instead of correction. There had to be a more powerful remedy to the human condition than the Law.

Fortunately, says Paul, God did what was necessary by sending his Son “in the likeness of sinful flesh.” Paul puts it this way because he does not believe Jesus was either a sinner or that he bore a fallen human nature. Had he done so, he too would have been in the bondage to sin. Hence the word “likeness” indicates that Jesus did not appear any different from any other human being, even though he was dramatically different in his condition, his power, and his abilities. Ironically, the sinless one was sent as a sin offering, to atone for the many sins of humanity. Only when sin was dealt with could a righteous God then pronounce no condemnation and send his transformative Spirit into the life of a fallen person. Notice the verb tense here—the Spirit “has already set you free” (author’s translation). This does not mean that one is already perfect or angelic, it simply means one is no longer in the bondage to sin described in Romans 7:14–25. But that, in itself, is reason for celebration. The only remedy for “sin in the flesh” was to condemn sin in the flesh, in the person of the sin-bearer—Jesus.

Verse 4 is crucial to understanding God and the saving ministry of Jesus. The reason God had to do what he did was “in order that the righteous requirement of the law [in regard to sin] might be fully met in us.” We believers live not according to the flesh or sinful inclination, but rather according to, on the basis of, and empowered by God’s Holy Spirit. Paul then has explained that the righteous requirements of the Law had to be fully met in us, by their being met for us in Christ himself, who paid the price for our sins.

1. How do you think a person on death row feels when suddenly he is told he has been pardoned by the governor and there is a stay of execution, and indeed in some cases the prisoner is then told he has also been set free (for example because new DNA evidence proved he had not killed someone)?

2. Pardon is one thing, being set free is another. Why are they both so important for it to be possible for anyone to live a Christian life?

3. Are there areas of your life that you feel, “in Christ Jesus,” you are being set free from? Take time today to ask Jesus for deeper transformation in your life, and in the life of someone who needs this good news. 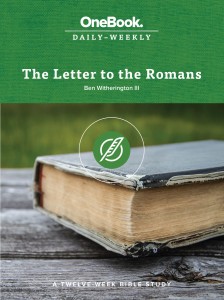 Did you enjoy this entry? Discover our OneBook: Daily-Weekly Bible studies, of which this entry is a part. The OneBook: Letter to the Romans by Ben Witherington study takes readers through one of the most important and most commented on parts of the Bible, paragraph by paragraph. Order the book and video studies from our store here.