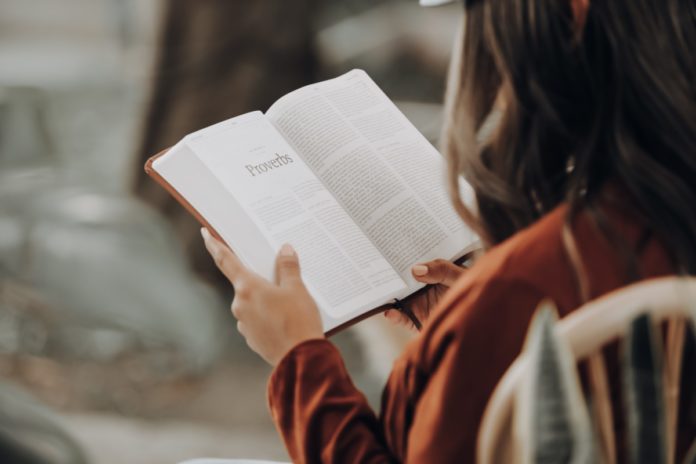 After a Hebrew syntax class, one of my students lingered to talk. He said, “The Lord spoke to me and told me to come to seminary.”

“You mean you heard an audible voice?” I asked.

“No. It was more like an impression,” he said.

“An impression?” I asked with incredulity in my tone.

“Is that wrong?” asked the student.

“Are you asking if it’s wrong to elevate one of your feelings to the status of the inerrant word of God? I guess it’s fine if your goal is to drown in the syrupy seas of existentialism.”

This is how I tried to save my students who had fallen into the trap of believing that God still spoke outside of the pages of the Bible. If a student asked about the Lord guiding his followers today, I told him that everything we need for living a godly life is in the Scriptures.

“Well, the Bible doesn’t tell me which girl to marry or which church I should pastor,” a student objected.

I could twist enough Scripture into my deistic paradigm of spirituality to convince him that the Bible offered an abundance of decision-­making principles. He could be 99 percent certain of God’s will for his life from Scripture alone.

Some of my colleagues claimed to believe in the “personal leading” of the Lord, but I never heard anyone define that leading or explain how it worked practically. And I never heard a faculty member say, “The Lord led me to . . .” If you had good exegetical skills and common sense, there was no need to stumble into the catacombs of personal leading. And for that tiny area, that 1 percent of life where Scripture was silent, I told students to trust the providence of God, the doctrine that teaches the unseen hand of God guides creation in a way that fulfills all of his purposes. God’s purposes are always good, so the students had nothing to worry about.

I did not conclude that God no longer speaks outside of Scripture from a patient and exhaustive study of God’s voice in Scripture. My professors taught me the main reason that God did miracles and spoke supernaturally to people in the New Testament was to demonstrate that the apostles were trustworthy teachers of doctrine. The apostles were special people during special times. Now that we had the completed Bible, we were in “normal” times and there was no longer a need for special people or the supernatural voice of God.

When I became a professor of the Bible, a book filled with miracles and supernatural communications from the Holy Spirit, I believed it was all real and happened just as the authors of the Old and New Testaments had said it happened. But it no longer happened today. I claimed that the reason for my unbelief was based on sound exegesis and theology. But that wasn’t true. I was afraid of the subjective nature of the voice.

It didn’t help that my friends and I had gone to a Pentecostal service when we were in college. It was 1970, and the service was a banner-­waving mess. People were coming forward to receive the gift of tongues, so we went down to the front to observe and saw a man on his knees. Another man gripped his right shoulder and yelled, “Just let go, brother.” A third man gripped his left shoulder and yelled, “Just hang on, brother.” And yet another man stood in front of them all, saying something like, “Shu bosh robo lobo” over and over. The man in front continued, saying, “Just move your mouth. Now let sound come out.”

Nonsense syllables poured out. “Great,” he said, “you’ve got the gift of tongues. Now help us pray for others.” I thought this kind of abuse was normative for anyone who believed in contemporary spiritual gifts. And I wanted nothing to do with it. I had no idea that there was a responsible way to practice spiritual gifts, one that had none of this abuse in it.

When I entered the hard-­core world of theological academia, it was drilled into me that feelings were the enemy of rational thought. At the beginning of class, my second-­year Greek professor told us, “Liberals feel; we think.” We laughed and cheered, glad not to be like those stupid, emotional liberals.

Written statements distilled into theological doctrines could be trusted, but dreams, visions, impressions—­how could you even know if they were from God? We had solid hermeneutical principles for interpreting Scripture, but where were the rules for making sense of the ephemeral dramas of our imaginations?

I believed God had gone mute to protect us. And my experience taught me this as well, for outside the Bible, all I heard was divine silence. Surely if God were still speaking to his children like he did in the Bible, he would be speaking like this to me and my colleagues, for we had the soundest theology in the world.

None of the people I trusted ever said God spoke to them. And the people I bumped into who claimed God had spoken to them were not exactly credible.

An older sister of one of my friends showed me her spiral notebooks where she had recorded word for word her daily conversations with God. Her confidence that God had revealed amazing truths to her was unshakable, though some of what she had recorded was nonsense. Most of it was just bland.

Then there was the unhinged guy in my church who said to me that God had told him the Holy Spirit was going to kill his wife because she was disobedient and had ignored all of God’s warnings. God also told him he was going to give him a younger, prettier woman in our church to be his new wife. The fact that the prettier woman was married was not a problem, for God had shown him that the Holy Spirit was going to kill her husband because he would not repent of his drug use.

This insanity is exactly what my theology told me would happen if we let a chatty God into our church. The logic was simple. God can only speak inerrant words. Anyone who says God spoke to him is claiming to have heard the inerrant word of God, and therefore he is assuming the same authority as the Scriptures. To believe that God is speaking today like he did in the New Testament is to compromise the authority of Scripture.

I thought the people who believed God had spoken to them personally were emotionally unstable and too lazy to study the Bible, too lazy to learn Greek and Hebrew. My professors had taught me that church history proved only the biblically ignorant believed that miracles or prophetic experiences continued after the Bible was completed. I didn’t even know a Pentecostal or charismatic or anyone else who might have been a trustworthy example of someone who had heard God speak outside of Scripture. I lived in the sublime, impenetrable isolation of the biblically elite.

I would have continued to wither in this transcendent superiority, but after a decade of teaching at my seminary, someone I held in high esteem shocked me by telling me he believed in the voice of God, and then he told me credible stories of God speaking to him outside the pages of the Bible. That conversation did not convince me. It provoked me. It launched me into an exhaustive study of the voice of God in Scripture.

In the winter and spring of 1986, I studied every instance of God speaking supernaturally to someone in the New Testament. And in every case, I asked, “Why did you speak to this person? Why was it necessary?”

For the first time, I saw that everyone who had a significant role to play in the New Testament heard the voice of God apart from the Scriptures. They didn’t just hear the voice of God; they were dependent on the voice of God to fulfill his highest purposes for their lives.

This was truer of Jesus than anyone else in the New Testament.

It was normal for Jesus to hear from his Father before he did or said things. Jesus said his ministry was guided by this great principle: he only did what he saw his Father doing (John 5:19). John repeatedly emphasized this theme in his gospel. In his humanity, Jesus claims he can do nothing of himself, so he judges as he hears his Father judge (5:30). His teaching does not originate with himself but with his Father (7:16). He speaks only the words of his Father (8:28; 12:49–50; 14:10, 24). In short, he does exactly what his Father commands him (14:31). In every instance, Jesus presented himself as a servant under orders in unbroken communion with his Father. And he did these things—­judged, taught, spoke, obeyed—­not out of his deity but by the Spirit who rested on him without limit (3:34).

To some degree, I had always been aware of Jesus’ ability to hear the voice of the Father, but I didn’t think it was possible for me to follow his example. Jesus was a special Person. He did miracles and heard the voice of God like no one else. I wasn’t special. I also put the apostles in the category of “special.” In fact, I put anyone in the New Testament in the category of “special” if they did miracles or heard the voice of God. Without realizing it, I had adopted an anti-­supernatural hermeneutic for interpreting the New Testament. Jesus and the apostles were to be our models in everything but the supernatural. 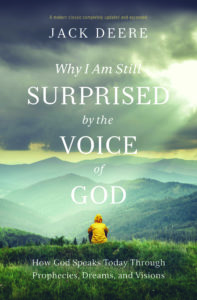 Order Why I Am Still Surprised by the Voice of God: How God Speaks Today Through Prophecies, Dreams, and Visions from our store here. 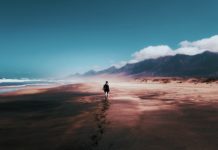