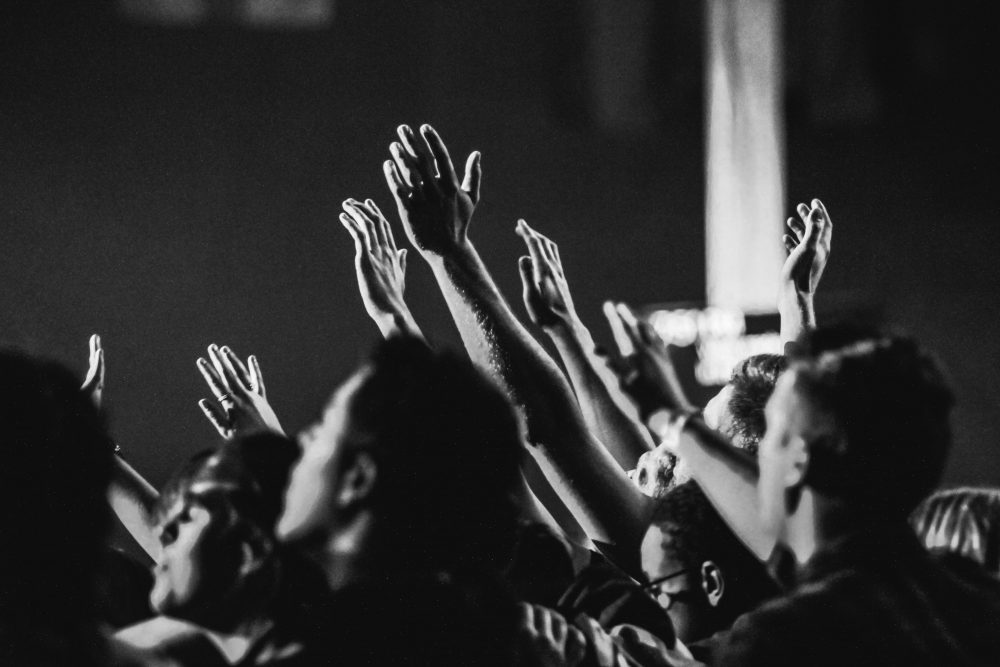 (Listen to this article above)

How do we respond to COVID-19 from the perspective of awakening? We’ve all been hit hard by unprecedented safety measures, a flood of unnerving news, and the interruption of fundamental human connections. How are we to see this as sowers for a great awakening?

Obviously this is a moment for the Church to adapt, to pivot creatively in our use of technology. It is a juncture summoning our A-game as leaders, responding with humility and wisdom and sound theology. We find ourselves unexpectedly at a point of strengthening community remotely, caring even more intentionally for the vulnerable and immuno-suppressed, and loving our neighbors. We’re giving bigger tips in the drive-through, sending encouragement notes to healthcare workers, and praying for government decision-makers.

But it is also a moment for us as sowers to gently, firmly allow the reality and gravity of our circumstances to register in the deep places of our souls. COVID-19 has appeared on the scene as a great equalizer. The famous and the commoner, all ages and nationalities are now seeing clearly what we have shared in common all along: our mortality. The truth of our vulnerability. How profoundly humbling it is that a simple microscopic organism is essentially bringing our entire planet to a halt.

Across the New Room community, we’ve often said that maybe the best word we know for describing our need for God in our day is “desperate,” a claim which suddenly seems more relevant than before. We’ve acknowledged that, yes, desperation can lead to mistakes and excess. We don’t want to be about fear-mongering right now; Christians hold out the one true hope and comfort people need most. But we are also honest, compassionately inviting all those who will to confront the baffled urgency of our moment, and to let that weight bend our knees in prayer.

We choose to let COVID-19 burn off the fog of the myth of continuity: that ruse we’ve become accustomed to in the West, having been lulled into satisfaction by years of today being much like yesterday, tomorrow expected to be much like today. Debunking these deceptions of self-sufficiency—that high competency has not prevented current calamity—is hard to face. We would rather not. Right now though, increasingly, we have little choice. “May your mercy come quickly to meet us, for we are in desperate need” (Ps 79:8 [NIV]) is actually how many people are beginning to feel. Loving support of one another to enter such a baptism of honesty by way of prayer could be a threshold of awakening.

Such a move toward prayer is nothing more than our inheritance. On November 1, 1755, Lisbon, Portugal was slammed by a devastating earthquake, estimated to have registered as high as 9.0 on the Richter scale. Three main shocks were followed by tsunamis, compounding the destruction with floods. Damage was widespread, reaching as far south as Morocco. It took weeks for details of the disaster to reach England, after which George II proclaimed February 6, 1756 a day of fasting and prayer. In response, Charles Wesley composed a hymn on the judgment of God based on Revelation 16 and 17, and his brother John published “Serious Thoughts Occasioned by The Late Earthquake at Lisbon,” in which he wrote,

Now, what help? What wisdom can prevent, what strength resist, the blow? What money can purchase, I will not say deliverance, but an hour’s reprieve? Poor honourable fool, where are now thy titles? Wealthy fool, where is now thy golden god? If any thing can help, it must be prayer. But what wilt thou pray to?

A century later, in his Lectures on Revival of Religion, Charles Finney would issue the same call for Christians to respond to “peculiar and alarming events” and “the state of public health” as means by which “God may indicate His will to a people” that revival is possible.

We know that uncertainty and crisis alone do not make the case for awakening. If that were so, the Great Depression of the 1930s would have been a golden age for revival—which it was not. And yet there have been those Christians, like layman Jeremiah Lanphier in the 1850s, who had the wisdom and courage to steward the crisis of his moment as a seedbed of awakening. When America was collapsing into its worst-ever economic condition, Lanphier called the out-of-work and unsettled to a daily hour of prayer. Eventually, even the Journal of Commerce, a financial paper, urged its readers to “steal awhile away from Wall Street and every worldly care, and spend an hour about mid-day in humble, hopeful prayer.” Eight months later, 50,000 of New York City’s 800,000 in habitants had come to Christian faith.

Sowers of awakening, let’s not squander this moment. We can help each other “make good use of every opportunity you have” (Eph 5:16 [GN]) to steward this turning point. It will take measured, skillful shepherding in a time of distress to point people to the altars of their own hearts. But it will also call for boldness to name the fact that all along we’ve been contending with a much more universally fatal virus called sin, against which there is no immunity and only one effective Cure. Sheltering in our places everywhere are people needing Jesus, facing our human frailty and pondering what lies ahead. This is a moment to seize the situation in prayer. Now could be a time when our closet becomes the most important place of our ministry. Now could be a threshold of awakening.