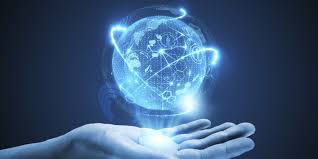 Advent may be a good time to think about the spirituality of science.

Genuine science is not really secular, but spiritual. Think about its spirituality.

Science proceeds because things are not understood (or are misunderstood), and people are curious. In this sense, the world is mysterious. Like all religions, science needs and thrives on mystery—though because for some the word “mysterious” has religious or spiritual connotations, scientists may prefer to call mystery simply “the unknown” or “not yet discovered.” For them, “mysterious” seems to mean “irrational.” Not necessarily.

You may have noticed that the universe is big. “Billions and billions,” Carl Sagan used to say. It’s much more immense than we can grasp. This has been fully demonstrated mathematically, and is being confirmed more and more by telescopes and space probes.

This is one of the spiritual dimensions of science. Science recognizes—often emphasizes—immensity. It’s also a characteristic of spirituality. Secular scientists would say immensity is simply a scientific fact; no spiritual meaning. But the sense of immensity is a quality shared by virtually all religions. Why not just admit that science is spiritual at this point?

Openness to the future; new discoveries

Science is not true science if it is not open-ended—open to, looking for, expecting new discoveries. Science is a quest, as is spirituality.

The nature of cults and hard-nosed fundamentalisms is to answer all the questions. Leave nothing open to doubt or further inquiry. For some, that is very satisfying, but ultimately it is a dead end for true spirituality. Religions and science can be cultic, ultra-fundamentalist. But a key aspect of true science’s spirituality is its questing, questioning, querying.

Science thrives on creating and doing experiments. This is a multibillion-dollar industry, in fact. It seems secular, not spiritual. But experimentation is a characteristic of meaningful spirituality—perhaps because it’s an aspect of being human. “Let’s try this!”

Since scientists and religionists are humans, it is not surprising that they share this bent toward experimentation—this childlikeness, in fact. Experimentation is not far from play.

The god of the Enlightenment was and is Reason. “The Age of Reason,” they used to say. Science is applied reason par excellence, it is thought. So it is claimed that science and faith are incompatible—even though in many fields this is increasingly recognized as an impossible dualism. Scientists have faith in reason, which is a way of saying science is spiritual.

Much spirituality may be irrational, anti-reason, of course. It may make a point of denying reason (using rational or irrational arguments). But no healthy spirituality, and certainly not biblical Christianity, is anti-reason. The Bible is a highly rational book, seen from one dimension. Profoundly, it repeatedly uses reason to debunk faulty reasoning; to point out the limits of reason. It is not unreasonable to believe that (1) the universe is not irrational, but (2) it is not limited to reason as we know it. Here we circle back to mystery.

True spirituality uses reason as much as does science. Good science affirms reason but makes progress at the point where it recognizes that some true things may appear unreasonable at first, until we understand them more fully. Think relativity and quantum theories (not to mention string theory).

The beauty and power of spirituality—especially biblical Christianity, understood biblically—is the way it integrates and connects reason, experience, Scripture, culture, tradition, in interaction with “nature,” the physical universe—that is, the created order. (Wouldn’t this be a good place to mention John Wesley?)

Only atheistic or agnostic secular scientists are hostile to faith. That’s a problem, because it means their science is compromised by their ideology—which in turn is, ironically, faith based. Ideology is closed-minded spirituality (which probably should be seen as a contradiction in terms).

I know confirmed late-Enlightenment secularists will say that the more spiritual science is, the less truly scientific. This is plain silliness, for the reasons noted above.

For whatever reason, God allows secular and atheistic scientists to make spectacular scientific discoveries. But the best science leads back to God—for those whose eyes and minds have not been blinded by the gods of this world.