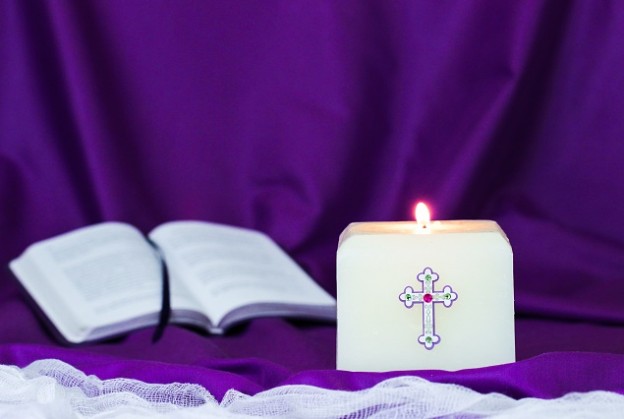 Growing up in a church that was sort-of-Baptist, I knew nothing about Lent until I was a freshman in high school. I had started attending a United Methodist youth group because of an unrequited crush, and that year the pastor decided the youth should attend the church’s Lenten services. So, in ignorance, I showed up at my first Ash Wednesday service—and there found some mysterious grace in the ashen cross drawn on my forehead.

Awareness of Lent did not entail understanding, but in college my participation in Episcopal and Lutheran campus ministries drew me into the liturgical life. I learned that Lent is a way of marking time as sacred. It’s a way of living the Scriptures, a way of entering the story of Jesus and following in the way of the cross. What is Lent all about? Here are four aspects of Lent as I have experienced it, which may offer insight for both worship planners and worshippers during this season:

Lent has been, first, a season for converts to the Christian faith to prepare for baptism, which often occurred at the Great Vigil on the Saturday night leading into Easter Sunday. This meant Lent was a season of fasting, since from the days of the New Testament fasting was essential preparation for both the baptized and baptizers (Didache 7.4). The earliest Christians were Jews and Gentile God-fearers who attended synagogue worship; they already worshipped the one true Creator, and Acts records how baptisms happened quickly. But as idolatrous Gentiles came to faith, there was a need for preparation: first, by instruction in the Christian faith, and second, by exorcism. The “prince of the power of the air” is at work in the disobedient children of wrath (Ephesians 2:2), and needed to be cast out. Lent, at its core, is a season for turning away from sin and turning toward God, for forsaking the old life and embracing the new creation in Christ.

Second, Lent is a season in the wilderness. Early on, this season for new converts seemed a helpful practice for the church as a whole. If self-denial and fasting were good for baptismal candidates, were they not also good for all Christians? Had not Christ himself spent forty days in the wilderness, being tempted by the devil? How could Christ’s church not also follow in his footsteps? Christ’s forty days in the wilderness echoed Israel’s forty years of testing and trial. Israel’s identity as God’s people was forged in the wilderness, and Christ’s identity was tested in the wilderness (“If you are the Son of God…”). Baptismal candidates experienced a similar formation, and the church as a whole has its identity tested: Will we surrender to the lusts of the flesh, the lust of the eyes, and the pride of life, or will we, like our Lord, resist? Will we be sustained by every word that comes from the mouth of God? Will we follow the pillar of cloud to wherever God would lead, and trust God to provide our daily bread?

Third, Lent is a journey to the cross. Easter was preceded by Good Friday, and Good Friday by Holy Week; resurrection victory was heralded by suffering and death. The narrative of Holy Week is well known, from Palm Sunday’s entrance to Jerusalem amid cries of Hosanna to Good Friday’s chilling echoes of “Crucify him.” But Lent itself is a journey to the cross, patterned after the Gospels. The final Sunday after the Epiphany is the Feast of the Transfiguration. Before entering the Lenten wilderness, we stand on the mountain with the radiant Jesus, with Moses (the Law) and Elijah (the Prophets) bearing witness as the voice of heaven thunders, “This is my Son. Listen to him!” It is a vision to sustain us as we descend to the valley, a glimpse of glory to carry us through the cross to the resurrection. Three days later is Ash Wednesday; the heavenly revelation gives way to Joel’s prophetic cry, “Rend your hearts and not your garments!” The Gospels anticipate this change. Luke records that on the holy mountain Moses and Elijah spoke with Jesus concerning his “exodus” which he will soon complete in Jerusalem (9:31), and soon after Jesus’ descent to the valley he “sets his face to go to Jerusalem” (9:51). Lent is our chance to journey with Jesus to the cross. On the first Sunday we hear of Jesus’ forty days in the wilderness; the Sundays thereafter recall God’s greatest hits—the covenant with Abraham, the Ten Commandments, the promise of a new covenant, Jesus’ declaration “you must be born again,” the Prodigal Son, the raising of Lazarus. Stories to teach new converts the faith; stories to remind the mature of the fundamentals. The final Sunday is Palm and Passion Sunday, with two Gospel readings: first, the “triumphal entry,” and then the passion narrative. We’ve come to the foot of the cross. Has the transfiguring vision sustained us through the valley? Or will we, too, betray him, deny him, abandon him to his fate on the Roman cross? Will we keep watch for even one hour?

These are the questions Lent asks of us. In Lent, we follow our Lord like he told us to—denying ourselves, taking up our crosses, disciples destined for death. And so, fourth, Lent is our dress rehearsal. All wanting to lead a godly life in Christ Jesus will face persecution (2 Tim 3:2); it is only through many tribulations that we enter the kingdom of God (Acts 14:22). When push comes to shove, will we still follow? Lent is our dry run, our bench test, our annual check-up, to make sure everything’s in working order. The Book of Common Prayer exhorts us to observe a holy Lent by self-examination and repentance, by prayer, fasting, and self-denial, and by reading and meditating on God’s Holy Word. If we do, who knows what God might do in us?

P.S. Two practical notes for those who may be unfamiliar: First, the early Christians often used the same Scripture texts on a regular basis to help guide the Church’s worship. This methodical use of Scripture was systematized into the Revised Common Lectionary, which lists four Scripture passages for each Sunday in a three year cycle—an Old Testament reading, a Psalm, a New Testament epistle reading, and a Gospel reading. Each Synoptic Gospel is highlighted, one per year. The lectionary texts for this Lent can be conveniently found at http://lectionary.library.vanderbilt.edu/lections.php?year=C&season=Lent

Second, the Book of Common Prayer includes prayers called “Collects” for each Sunday of the year and other special occasions. The Collects often serve as a window into the themes for each Sunday and the connecting principles behind the lectionary texts. http://www.bcponline.org/