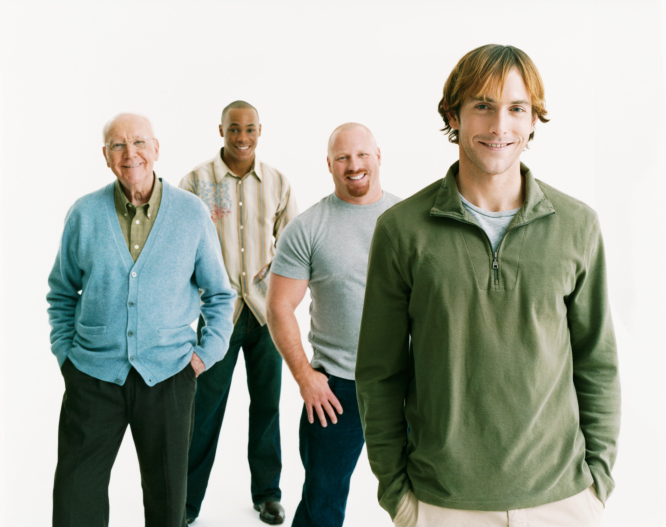 Some Christians—pastors and lay people alike—struggle through the routine of church life. Denny Heiberg shares how intentional Bible study and discipleship in a small group with 21 men changed his orientation in ministry and helped him reclaim his joy for ministry.

One night, I was about to turn off my bedside lamp when my wife turned to me and gently, but firmly, asked, “Does anything bring you joy anymore?”

Since she knew the answer, I just turned out the light and eventually drifted off to sleep.

Quite honestly, during those days, I was desperate. This is not what I signed up for, I kept thinking to myself.

For more than 15 years, I had been the lead pastor of what my denomination would consider a successful church. However, I couldn’t shake the thought that something was wrong with how we measured success. Where in the scriptures do we find the measure of success as the number of people who attend an event where one person dominates the experience? Where does it say that true success is connected to the number of people who become members of your church by profession of faith, or by the amount of money given weekly?

In comparison to most churches, we were doing well in all three of these North American benchmarks. The problem was that I felt like the CEO of an organization instead of a pastor who was developing and making disciples.

Days later, as I was sitting in afternoon traffic and reflecting on my upcoming class at our church, the question came into my mind, Why don’t you offer your class for men only?

I had taught “How to study the Bible” many times and had always opened the class to anyone who wanted to learn more about studying and obeying the scriptures. Typically the participants were women, and the few men who attended would almost always hold their questions until after class. They evidently didn’t want to reveal their inability to navigate or understand the Bible.

I could never have imagined what God was about to do in and through the men who walked into the room that first Wednesday evening. After a brief introduction, I said, “I would like to hear from you. What do you need most from this class? What would you like to accomplish during our weeks together?”

Immediately, a man raised a three-inch-thick Study Bible and boldly pronounced, “I’ve been told I am supposed to be the spiritual leader in my family, but I feel my wife is far ahead of me and I am holding her back.” From across the room, another man chimed in, “I’m right there with you, brother!” For the next few minutes, I experienced a pastor’s dream – men being honest with themselves, each other, and with their pastor about their personal struggles when it comes to how to study and apply the Bible to their daily lives.

For the next 12 weeks, the class progressed from entry-level basics of Bible study to developing lesson plans for use in a family or small-group setting. As we were concluding our journey, a number of the men voiced their desire to continue. As I heard their pleas, I made a commitment to them that has affected me to this day.

I said, “I believe God is using you men to awaken me to what the Lord has been saying to me for months regarding His mandate to focus my attention upon making disciples instead of attempting to build His church. Therefore, I will commit 60-90 minutes with you each week, one-on-one, one-on-two, or one-on-three, pouring into your life what God has invested in mine through these past 40 years of attempting to follow Jesus. But I want you to commit that time in your schedule as well, and then be willing to pass on to at least one other man what God is pouring into you.”

If five of the 18 men had been interested, I would have considered it a win. However, I was scheduling 12-15 discipling appointments weekly, which included 21 men opening their lives as we shared life-on-life through a series of discipleship principles in scripture. For the next 30 months, I had the privilege of having a front-row seat as I watched God begin to transform the lives of these men into men who resolved to follow Jesus as His disciples.

There is a Chinese proverb that says, “The best time to plant a tree is 20 years ago; the second best time is now.” It took 20 years as a pastor and 21 willing men to help me experience what I had truly “signed up for” when I said yes to God’s call on my life: developing people into disciple makers. Now I have the honor of training pastors, missionaries, and church leaders around the world as I share the essential steps of becoming a disciple-making follower of Jesus.

I just wish someone had awakened me to Jesus’ mandate 20 years earlier.