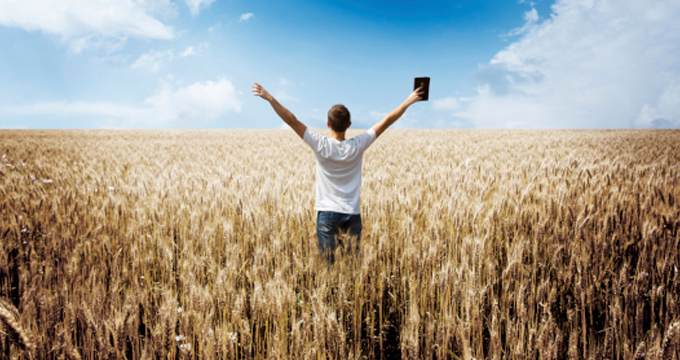 Since the doctrine of prevenient grace maintains a divine enabling of human ability through various means for corporate and individual soteriological potential, eventually discussion leads to its role in the phenomenon known as “natural revelation.” This is the divine testimony through nature seen in Psalm 19: “The heavens are telling the glory of God; and the firmament proclaims his handiwork. Day to day pours forth speech, and night to night declares knowledge” (vv. 1-2 RSV). The Gentiles in Romans 1 had access to this knowledge but ignored it: “Ever since the creation of the world his invisible nature, namely, his eternal power and deity, has been clearly perceived in the things that have been made. So they are without excuse” (vv. 18-19 RSV).

This passage has long been viewed as the most obvious claimant for those without gospel access to have an ability and expectation to seek out God. From the fourth century Egyptian Macarius to the twentieth century Karl Barth, Emil Brunner, and Karl Rahner, the passage has been tested for a variety of applications on the extent of the salvation potential of natural revelation.

Yet, if this revelation is available and people are “dead through trespasses and sins” (Eph. 2:1 RSV), their ability to recognize a creator is eclipsed by original sin. Prevenient grace becomes the explanatory anecdote to the spiritual sickness of recognition through nature. Borrowing an analogy from chemistry, prevenient grace is the active ingredient for natural revelation: it activates and catalyzes human comprehension of this revelation. Spraying Roundup in our yards, the active ingredient glyphosate allows the plant cells to open to the herbicide effect. Taking aspirin for sore muscles, the active ingredient acetylsalicylic acid allows human cells to open to the painkiller effect. Impacted by original sin, prevenient grace allows our hearts and minds to open to natural revelation in order to comprehend and wonder about a creator, designer, or artisan of nature. The result is an occasion to seek out the true God.

Wesley speaks as if prevenient grace had a natural sense. He believed in a universal, supernatural provision to convict, persuade, understand, and believe, as if it were generic and even naturally occurring. His belief in the universal extent of prevenient grace can be seen when he declares it bestowed on all, including “all Mohametans, all Pagans, yea, the vilest of savages.” Thus, he maintained that even those who never hear the gospel have the potential to respond to its preaching through nature. Wesley writes:

Some great truths, as the being and attributes of God, and the difference between moral good and evil, were known, in some measures, to the heathen world. The traces of them are to be found in all nations: So that, in some sense, it may be said to every child of man, “He hath showed thee, O man, what is good: even to do justly, to love mercy, and to walk humbly with thy God.” With this truth he has, in some measure, “enlightened every one that cometh into the world.”

Using this general revelation available to all, he further writes:

[God’s] first step is to enlighten the understanding by that general knowledge of good and evil. To this he adds many secret reproofs, if they act contrary to this light; many inward convictions, which there is not a man on earth who hath not often felt. At other times he gently moves their wills, he draws and woos them, as it were, to walk in the light. He instills into their hearts good desires, though perhaps they know not from whence they come. Thus far he proceeds with all the children of men, yea, even with those who have not the knowledge of his written word. But in this, what a field of wisdom is displayed, suppose man to be in some degree a free agent. How is every part of it suited to this end, to save man, as man; to set life and death before him, and then persuade (not force) him to choose life.

This has profound impact on those who never hear the gospel and our systematic theologies of final destinies. If prevenient grace is actively enabling those without gospel access, then Romans 1 posits a genuine expectation for response. If original sin blinds us to this revelation, then prevenient grace is the explanation for how God activates hearts and mind for response that leads to repentance.

Don Richardson’s popular Eternity in Their Hearts illustrates this revelation potential as it attempts to gather historical episodes in which individuals from all spheres of revelation—particularly various pagan cultures—sought God and eventually encountered an opportunity to hear the gospel. He proposes a “Melchizedek factor” in which general revelation directs people to find and accept the true God, and an “Abraham factor” in which special revelation is more easily available for people to accept the true God.

His point is that the world is in a condition “prepared for the gospel” while the Lord provides a “gospel prepared for the world.” Richardson’s thesis is that pagans anticipate the true God by virtue of their creation in God’s image and of the fallen but graciously maintained spiritual world order. Without defending all of the individual stories contained in Richardson’s book, one can see the compatibility here between the phenomenon of these pagans who look for something more than their religious system offers and the expectation of God expressed in Romans 1 that they should respond.

So, prevenient grace becomes a viable possibility to justify the opportunity of the unevanglized and the judgment of those wicked with this revelation. While God provides an enabling to fallen human nature for a heart to long for salvation through prevenient grace, natural revelation becomes a testimony that leads the unevangelized to be pre-evangelized and motivated to seek out the living God.