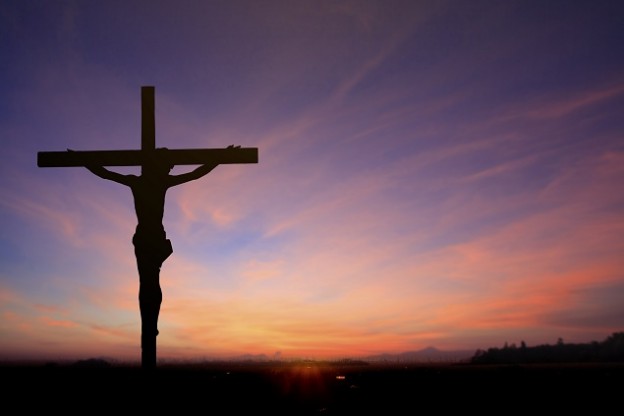 One of the highlights for those going on a pilgrimage to Israel is a trip to the Church of the Holy Sepulcher, the ancient church that houses the traditional sites of Golgotha, the place where Jesus died, and the tomb in which he was laid and from which he rose from the dead. It is usually a very crowded place, since it is the holiest site in Christendom.

When you enter through the huge wooden doors, you are directed to the right up a short set of steep stairs to a chapel, which sits on the site of the rock on which Jesus’ cross was thought to be lifted. Visitors wait in congested and often contested lines to have a chance to kneel under the altar and put their hands through a hole in the floor to touch the rock of Calvary. It is supposed to be a holy experience, and for many it is.

But for many others, it is a confusing mix of questions, thoughts, and emotions—and sometimes disappointment and frustration. I once had someone try to pick my pocket there—while in the holiest church in the world! Not exactly what you expect. But there was another incident that has stuck with me for years, and that was the young European couple who was waiting behind me in line. At one point they tapped me on the shoulder and, in their best English (it was clear I was an American—you can’t hide that), they asked me, “Can you tell us what this place is? What happened here?” Apparently they had just followed the crowd into the church, not knowing what it was.

I explained to them that this was the site of Jesus’ crucifixion, where he died for the sins of the world. They looked puzzled, as though they had never heard of such a thing. “Why did he do that?” that asked. I attempted to explain, but the noise, the language barrier, and the pushing crowd made it difficult to have an in-depth conversation. I did my best, but I’m sure they touched the rock not knowing exactly why it was a big deal.

“Why did he do that?” Why did Jesus die? It’s a question that Christians, scholars, and theologians have wrestled with since the first century. But perhaps the bigger question is this: Why did he have to die in this way?

Episcopal priest and preacher Fleming Rutledge tackles this question in her new book The Crucifixion: Understanding the Death of Jesus Christ (Eerdman’s: 2015). In this magnum opus, Rutledge explores the major themes and theories surrounding the crucifixion and, in doing so, offers preachers a host of biblical images from which to draw a multi-faceted view of the crucifixion that goes beyond our well-worn atonement theories.

For Rutledge, it’s the mode of Jesus’ death that matters as much as his death itself. Her basic thesis is that Jesus’ death by crucifixion was the only mode of death that could possibly match the desperate situation humans find themselves in under sin. She uses Paul’s conception of Sin (capital S) as a debilitating power that colludes with the Law and Death to keep humans enslaved (Romans 6:16-18). . In order to liberate us from this slavery to sin and death, Jesus–fully divine and human–had to enter into our slavery and the only way to do that was to take on the kind of death reserved for slaves and the worst people in Roman society. Says Rutledge:

“Jesus’ situation under the harsh judgment of Rome was analogous to our situation under sin. He was condemned; he was rendered helpless and powerless; he was stripped of his humanity; he was reduced to the status of a beast, declared unfit to live and deserving of a death proper to slaves…This is what happened on the cross. The Son of God gave himself up to be enslaved by Sin, condemned by the Law, and subject to Death” (102).

The one who had no sin, was “made to be sin” (2 Corinthians 5:21)—made to be like us in our condition. Paul says in the great hymn in Philippians 2 that though he was in the form of God, “he emptied himself, taking the form of a slave.” He took the form of a slave, literally, on the cross—identifying completely with us in enslavement to Sin and Death to the point that he, in that moment, exchanged God for Godlessness. No wonder he cries out, “My God, my God, why have you forsaken me?” with his dying breaths. It is a quote from Psalm 22, but it is even more the desperate cry of his condition—our condition. The one who knew no sin, literally became sin for us.  As Rutledge puts it, “God, in the person of his Son, put himself voluntarily and deliberately into the place of greatest accursedness and Godlessness—for us” (104).

Those from the Wesleyan tradition will especially resonate with Rutledge’s work, given that we love to sing Charles Wesley’s great hymn “And Can It Be” with such gusto. Wesley captured the slavery image in his work:

Thine eye diffused a quickening ray; I woke, the dungeon flamed with light.

My chains fell off, my heart was free. I rose, went forth, and followed Thee!

And there is much more grist for the mill to be had in these 600+ pages. Rutledge explores all the Old Testament themes of sacrifice as well as a marvelous chapter on why the cross is about more than just forgiveness, but forgiveness tempered with God’s justice.

If you’re looking for a great read and a comprehensive book that describes the depth of the message of the cross, this is it. Even the footnotes are fascinating. The Crucifixion of Jesus Christ is bound to be a classic that every orthodox Christian preacher ought to have on his or her shelf.

The ornate chapel of Golgotha in the Church of the Holy Sepulcher must have seemed ostentatious and as “foolish” to that young couple that day as it was to those who opposed Paul’s message of the cross in his own time. I wish I could have fully explained all that it meant—that it was all for them, as it was for you and for me. It was for all of us and for our salvation. Rutledge offers us some additional tools and images for explaining it well.