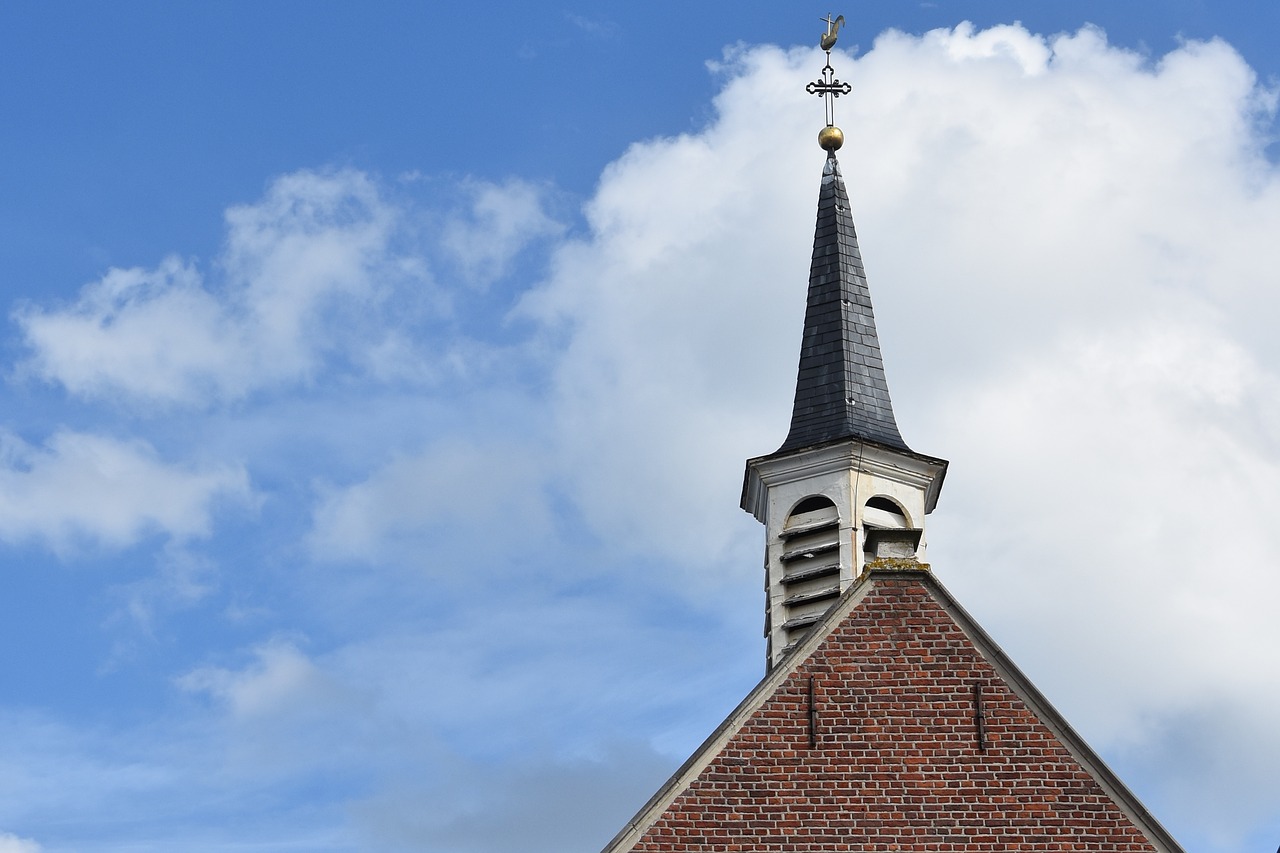 For years I heard the names Jonathan Edwards, Charles Finney, John Wesley, Ralph Horner, D. L. Moody, and others and stories about the Welsh Revival. I knew of the thousands who were converted in those days under the ministries of such notable preachers. What I lacked was an understanding of why they were so effective. Undoubtedly they were gifted evangelists. They preached the Word with great unction and authority, used the music and methods of their day, and had impressive teams and strategies to help preserve the fruit.

Yet, I wondered if there were any other factors that drew the great crowds and added persuasion to their presentations of the gospel message. Was friendship/lifestyle evangelism a significant factor in these great revivals? My own denominational background, as mentioned earlier, is Wesleyan (Methodist), yet despite being a fourth-generation Wesleyan, educated at a Wesleyan Bible college and a Wesleyan-approved seminary, I somehow had missed ever hearing the real reasons why John Wesley commanded such large crowds and achieved such amazing evangelistic results in his ministry.

Granted, Wesley was a gifted evangelist, communicator, writer, social activist, and committed follower of Christ. He had a brilliant mind and was extraordinarily committed to and passionate about the advancing of the gospel message. And undoubtedly people invited others to come see and hear Wesley’s fiery brand of preaching. But do these traits and factors account for the thousands and thousands of people who came to faith under his ministry? My journey to answer these questions led me to discover the true reason for Wesley’s amazing success was the obvious presence and power of the Holy Spirit in Wesley’s life and preaching services. Wesley often used the word preternatural (meaning beyond or different from what is natural) to describe the unusual manifestations he witnessed (“almost daily in Bristol”) in his services and travels. His remarkable ministry was regularly marked by paranormal manifestations and healings. Wesley believed these manifestations were “chiefly supernatural, springing from the gracious influences of the Spirit of God which accompanied his word.”1

Wesley viewed the miraculous as a sign of God’s endorsement of both his call to ministry and the content of his sermons.2 More important was the impact of the miraculous on Wesley’s evangelistic efforts. Religious historian John Kent observed that what “got the ministry of Wesley off the ground in the 1740s was Wesley’s encounter with and response to […] a passionate hunger for access to invisible powers and for ways and means of changing the life situations of ‘the average man.’” Kent noted that people then, as they are now, were looking for a God who could deliver them from pain, death, and suffering. People were drawn to the gospel that provided for their spiritual and physical well-being. Wesley’s offering of divine intervention into the lives of common people stood in stark contrast with the lack of belief and expectation offered by the Anglican Church at that time. Kent asserted that Methodism proclaimed “supernatural power was available to the individual believer.”3

In seeking to account for the numerous miracles in his day, Wesley stated that they were necessary “because of the hardness of our hearts, unready to receive anything unless we see it with our eyes and hear it with our ears, that God, in tender condescension to our weakness, suffered so many outward signs.”4 Today, hearts are again hard, and minds skeptical. Author John White wondered if the twentieth-century resurgence of God’s miraculous manifestations was, in itself, an expression of the necessity of God’s intervention in the current “phase of the battle.”5

Note that Wesley preached almost entirely to “unbelievers,”6 especially in the early days of his ministry in England, and recorded in his journals many expressions of the supernatural in his evangelistic campaigns. Kent stated, “[E]xamples of healing, prophecy, personal protection, special providences and ecstasy occurred in the Wesleyan societies for a long time.”7 One notable story related to a revelation from God (perhaps a word of knowledge), that resulted in a class meeting quickly disbanding and leaving a house just moments before the home exploded due to a spark falling into a barrel of gunpowder.8

Wesley believed in and “expected” God’s miraculous interventions (“extraordinary interpositions of God”) in the affairs of man.9 John Cennick, a contemporary of John Wesley, made the following observation concerning Wesley’s expectation of God’s miraculous authentication of the preaching of the gospel: “Frequently when none were agitated in the meetings, he [Wesley] prayed ‘Lord! Where are thy tokens and signs?’ and I don’t remember ever to have seen it otherwise than, that on his so praying, several were seized and screamed out.”10

Wesley believed God frequently and immediately stopped rainstorms so his services could continue, and often delivered him from fevers and pains.11 Wesley wrote, “I believe that God now hears and answers prayer, even beyond the ordinary course of nature.”12 Stories of skeptics being healed and unwillingly falling and shaking on the ground for hours were frequent.13 Even Wesley’s critics acknowledged his revival services and journals were filled with accounts of the miraculous demonstrations of God ’s power.14 A physician who had attended Wesley’s services because he was deeply concerned the accounts of healings were fraudulent, left the meetings “convinced it was not fraud, nor yet any natural disorder. But when both her [a woman being prayed for] soul and body were healed in a moment, he [the physician] acknowledged the finger of God.”15 Wesley’s contemporary George Whitefield had serious reservations about the role of the supernatural acts of God. However, on at least one known occasion, he also experienced unusual outward signs of God’s presence as Wesley preached. Whitefield experienced trembling, convulsions, groaning, and fainting.16 Historical records indicate Wesley’s prayers for the healing of the sick often resulted in people experiencing an immediate recovery.17

Kent went so far as to state that these expressions of God’s miraculous answers to prayers “were at the heart of Wesleyanism’s [Methodism’s]success.”18 Church historian Dr. Stephen Tomkins stated unequivocally that visions and healings “were exciting for participants and drew many spectators. They were also often decisive in Methodist conversions and played an ongoing part in their spiritual lives.”19 Henry D. Rack, one of the world’s leading experts on Wesley, agreed and wrote succinctly that the presence of the miracles often resulted in “instant conversions.”20

Wesley had to contend with many who believed God’s supernatural enablement of the church ceased with the death of the apostles; thus, they supposed the supernatural manifestations in Wesley’s services were fake, at best, or demonically inspired, at worse. A number of these skeptics, however, became convinced of the legitimacy of the miraculous aspect of Wesley’s ministry as they personally experienced the power of God.21 Commenting on the views of Wesley concerning cessationism, historian Henry Rack stated that Wesley “believed that much that he saw was indeed the work of the Spirit, whose work of this kind was not confined to past times, as educated contemporaries thought.”22 In his August 15, 1750, journal entry, Wesley suggested that the diminished references to miracles in and through Christ’s church after the second and third centuries was due primarily to the growing presence of “dry, formal orthodoxy and the diminishing presence of faith and holiness.” He repeated this charge in his letter to Dr. Conyers Middleton, stating that the church lost much of God’s power due to the corruption and “want of faith, and virtue and piety in those times.”23 Wesley further elaborated about his understanding of why God manifested Himself in such extraordinary ways through his ministry. On November 25, 1759, he wrote that the convulsions, trances, visions, dreams, healings, and the like, that were so often seen in his ministry, existed to “strengthen and encourage them that believed and to make His work more apparent.”24

That is not to say that John and Charles Wesley naively accepted every manifestation that happened as being genuinely of God. Charles made notations in his journals when he believed people self-induced manifestations.25 John attributed some manifestations to demonic activity and other displays as being overly zealous expressions of immature believers and/or imposters. Nor does this emphasis on the miraculous diminish the importance of Wesley’s preaching. This overview of Wesley’s ministry only demonstrates that the combination of the miraculous, along with Wesley’s fifty-two thousand powerful sermons and his emphasis on charitable expressions of Christianity to the poor, resulted in an amazing harvest for the kingdom of God.

I suspect Wesley would have had far, far less evangelistic success had it not been for the miraculous activities surrounding his ministry. I am absolutely convinced Wesley would be the first to acknowledge that the graces and gifts God had given him as an evangelist, leader, and strategist were inadequate to explain the staggering numbers who came to faith in Christ. I suspect he would be equally quick to downplay any thought that friendship/lifestyle evangelism was a significant factor in seeing England and much of Europe saved under his ministry. These supernatural manifestations were not solely confined to the ministries of John and Charles Wesley. Many other revivalists through history were also marked by remarkable manifestations of the Holy Spirit. 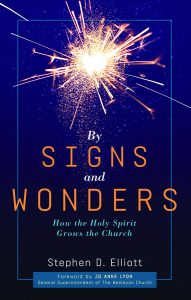 Are you interested in learning more about the role of the Holy Spirit in the work of evangelism? Stephen D. Elliott makes the case for the central role of supernatural signs and wonders in the church’s proclamation in By Signs and Wonders: How the Holy Spirit Grows His Church. Get your free copy to sow with your purchase—learn more here.