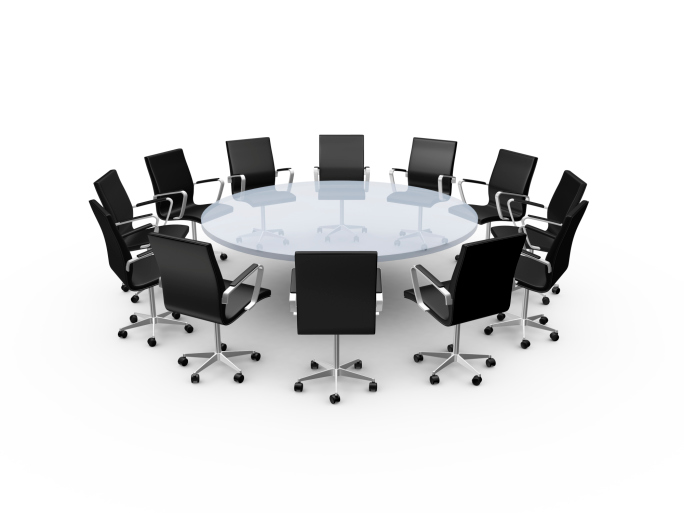 Last week David Drury began to answer, “So why should we all get better at leading meetings?” Here is Part II of his post:

4. Leaders Are Led In Meetings

You can lead a crowd in a visionary way from a stage—and you can spark them to short bursts of action from “up front.” But a sustained change in culture that outlasts the corporate event or that stretches past Sunday morning in a Church can only be attained through visionary meetings. Why? Because leaders are led in meetings, not with speeches. In fact, leaders are predisposed to listen in the crowd differently than the rest of those in attendance—so the meeting becomes all the more important, and the event or service diminishes in importance, respectively. In the crowd a leader is evaluating how effective the communication is, instead of being absorbed totally in the message itself. They may even be thinking: “how would I do this better?” if they are a good communicator themselves. What’s more, they are wondering: “What’s my next step?” or even “Where’s my play in this—how can I improve all this vision and strategy tomorrow by getting personally engaged?” You cannot lead leaders through crowds alone. Most of your leadership energy to mobilize key leaders will come through key meetings with them. Why not make these moments better—since they are so much easier to make successful than events, which require days and sometimes weeks of planning (see #6).

5. Ownership Is Gained In Meetings

One doesn’t “own” something unless they were a part of creating it. All too often the direction of our organizations is set in private, with few co-creators. I have come to believe that vision is cast best in conversation. Until people feel they have been a part of early conversations about the directions of things they will not own them. It is best to keep everything “editable” for a long phase in order for true ownership to not only be felt, but to be real. Astute leaders know when they are being fooled into a false ownership in a meeting where the leader just wants to “get you on board.” Don’t insult the intelligence of your key leaders. Ownership is gained in meetings, so if you want good ownership, have good meetings.

Preparing a message or speech usually requires some ratio like 40:1, representing preparation minutes (40) to speaking minutes (1). So, many preachers will report preparing for 20 hours or more for a 30-minute message. The wonderful thing about meetings is they invert the ratio. One can actually prepare to lead a great meeting in less time than the meeting itself actually takes. When you get good at leading meetings, I think on average you can end up with a 1:3 ratio, representing preparation minutes to meeting minutes. So you can spend 30 minutes preparing for a 90-minute board meetings and it will maximize the time of everyone (instead of wasting it.) Have you ever gone to a meeting and the first thing the leader said was: “Okay, someone remind me what the purpose of this meeting was again?” At first you want to laugh, then you realize they aren’t joking, and you know you’re in for a long afternoon. The inverted-time-ratio of meeting prep is time well spent, requiring less of you, and creating big results.

7. Meetings Can Be Efficient Communication

Why is it that we hate meetings but we still schedule them? You would think that something so universally reviled would be outsourced or eliminated in our corporate cultures. Instead meetings multiply like bunnies in spring. Why is this? Here’s why: because even a bad meeting is still more efficient than most other forms of communication. They are still better than an email “Reply to All” thread discussing carpet color for three weeks. As hard as a day-retreat with your staff to brainstorm a new vision-statement might be, it is way more efficient (in the long run) than just printing the t-shirts and unveiling it on your own. We still have meetings because even bad meetings are better than the alternative: an organization with no ownership, empowerment, connection, shared values, collective vision, operational direction, healthy conflict, or cooperative focus. None of these things can be gained without meetings—even bad one.

But imagine if they were good meetings? Imagine if our people looked forward to meetings, and were sad when they ended? Imagine if instead of looking at the clock after the first 15 minutes they stayed 15 minutes after the meeting ended, to continue conversation. What if meetings were actually good? That would be a game-changer.

How to Make the Meetings You Lead Matter, Part I