How to Read the Bible in Context - Seedbed
close
Menu 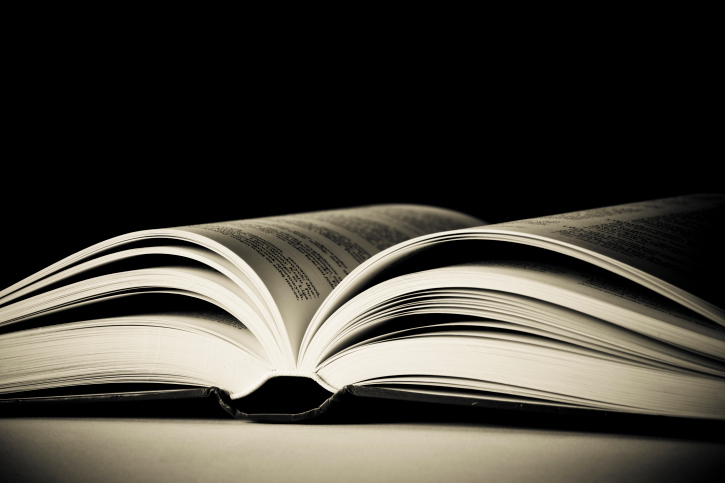 Bible promise cards, memorizing verses, and KJV translations have all led us to mistakenly believe that every verse is independent from the rest. In this primer on reading the Bible in context, Timothy J. Jenney reminds us that the paragraph, not the verse, is the fundamental unit of interpretation in the Bible.

The paragraph, not the verse, is the fundamental unit of interpretation in the Bible.

Ever seen one of those boxes of Bible “promise cards”? Or memorize a Sunday School verse? Do you use a Bible (like the KJV) that separates each verse into its own little paragraph, beginning each verse on a separate line?

These things, and many others, convey the erroneous idea that every Bible verse is independent of the rest. Worse yet, they imply that each verse can be interpreted on its own, without reference to what came before or after it. Nothing could be further from the truth.

You’ve probably noticed that people can prove just about anything from the Bible, if they are willing to rip verses—or portions of verses—out of context and apply them willy-nilly. That process is fine if all one wants to do is justify one’s own preconceived ideas and behavior. It is certainly not the same as understanding what the Bible has to say about an issue. The key to understanding what the Bible says is to read it as it was first written, paragraph-by-paragraph.

Each book of the Bible, written in its original Hebrew and Greek, was organized into paragraphs. Chapters and verses are modern innovations, added a bit at a time beginning in the mid-13th century, a reference system added to help people find specific passages easier. The Geneva Bible (1599) was the first to begin each verse on a separate line, a practice that the KJV (1611) adopted. The unfortunate [and unintended] side effect of this decision was that many readers began treating each verse separately, ignoring its immediate context.

Paragraphs provide that context. They are logical units of thought, defined by Merriam-Webster, as

a subdivision of a written composition that consists of one or more sentences, deals with one point or gives the words of one speaker, and begins on a new usually indented line

As such, they are essential for understanding the meaning of the sentences (or verses) they contain. If one wants to understand a specific sentence (or verse), the place to start is the paragraph in which it is found. In fact, the best way to think contextually about the Bible is to think in paragraphs, rather than verses.

I recommend people use a Bible that groups verses into their natural paragraphs, rather than separate verses. If you’re using Bible software (or an e-reader) that permits you to format the text display, choose “paragraph with space.” A Bible that displays its text in paragraphs reinforces the idea of reading every verse in context.

Next, learn to think in paragraphs. It is an important like-skill that will provide experience in close reading and build the ability to think critically. This is not just an important component of effective Bible study, but helpful in other areas as well. It increases comprehension when reading all kinds of literature, helps steer one through complex legal matters, and can even build discernment in political debate.

Here’s a primer on learning to think in paragraphs:

Every well-written paragraph conveys a single main idea. Look for it. It is usually in the first sentence, sometimes appears in the concluding sentence, and is occasionally found elsewhere. Wherever you find it, underline it. Alternately, standard Inductive Bible Study method recommends paraphrasing it in a single, simple sentence. Either method is fine, but be sure to identify the main point before proceeding further.

2) Analyze how the paragraph supports it.

Everything else in the paragraph supports that main idea. (Some would say, “Develops it.”) Figure out how it does so. The rest of the material may explain it, illustrate it, delineate it, emphasize it, expand or limit it, analyze it, counter it, or just reiterate it. In the process, authors will appeal to their readers in different ways. Some use emotion. Others use logic and facts. Some appeals are practical, others emotional.  See which this author uses.

The method just described works well with didactic (teaching) passages and speeches, but the Bible contains other kinds of material as well. Narrative passages often advance ideas through dialog, character interaction, even changes in setting. Poetic passages, on the other hand, are often organized into couplets (distichs) and triplets (tristichs), which convey a single idea and reinforce it in some way. (Hebrew poetry uses synonymous, antithetic, or synthetic parallelism.) Poetic distichs and tristichs may in turn be organized into larger groups called stanzas.

These other literary genres may require adapting this method slightly, but the two-step process remains the same: 1) identify the main idea; 2) analyze how the remainder of the literary unit supports it. If you’d like to learn to analyze paragraphs of all kinds in more detail, consult the resources in the bibliography at the end of this article. They describe how to use sentence flow charts, Bible arcing, discourse analysis, poetic versification, even sentence diagramming and syntactical analysis.

3) Observe how your paragraph fits into the flow of the book.

Paragraphs before and after the target passage provide even more context. Analyze them as well, using the same method. This will allow us to trace the development of the idea in its entirety. Ideally, we should do this for every paragraph in the book, arranging the paragraphs into sections and divisions. If time does not permit you to do this, don’t give up. Instead, consult an outline of the book, like those in many study Bibles, Bible dictionaries, Bible introductions, or Bible handbooks. Observe how your paragraph fits into the flow of the book. Ask how its information, its “point,” fits the overall message of the book.

Reading closely and thinking in context are not talents, but skills. They can be developed and improved with practice. Why not began with your Bible reading for today?

Bauer, David R. and Traina, Robert A. Inductive Bible Study: A Comprehensive Guide to the Practice of Hermeneutics. Baker Academic, 2011.

Fee, Gordon D. and Stuart, Douglas. How To Read the Bible for All Its Worth. Fourth Edition. Zondervan, 2014.