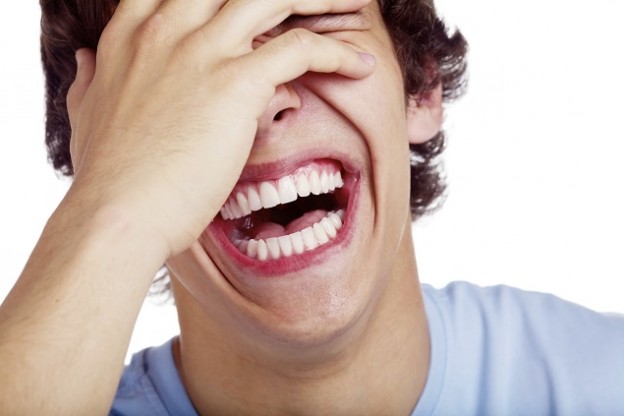 C.S. Lewis said, “Joy is the serious business of heaven,” and I think humor is no laughing matter for preachers. Here are three reasons why humor is one of the most underestimated devices in a leader’s toolbox.

1) Humor Is Good For Morale

You have probably sat in tense meetings where the only laughter is nervous laughter, and likewise you have probably sat in meetings where the laughter is easy and comfortable. There is a time and place for serious meetings, but humor makes showing up for work more enjoyable. Proverbs 17:22 says, “A cheerful heart is good medicine, but a crushed spirit dries up the bones” (NIV), and it is perhaps especially true when working with employees and volunteers. Make your environment a place where people have fun, and they’ll gladly work themselves to exhaustion.

Humor is good for morale, which is probably one of the main reasons why so many comedians have had unhappy childhoods, and 80-85% came from poor families. Humor is a coping mechanism for otherwise unhappy people. Winston Churchill said, “Famous men are usually the result of an unhappy childhood,” which is why it is my parents’ fault that I’m not famous.

Before you are ever going to be able to make some people change you first need to be able to make them laugh. A spoonful of sugar helps the medicine go down, and an engaging sense of humor isn’t what you do instead of saying something important. A sense of humor helps take the edge off of a hard message. Nothing is quite so disarming for a person who is skeptical about your message than making them laugh.

There are people who can tell jokes and one-liners and keep you in stitches, and there are those rare people who are just plain funny. I think most people do not expect their pastors or anyone else to be incredibly eloquent all the time, but they will extend you a lot of grace if you just help them laugh. I think a pastor who doesn’t have a good sense of humor (whether he or she doesn’t have a sense of humor or has an inappropriate sense of humor) had better be really strong in other areas to compensate for it.

A good sense of humor, like a good question, is always disarming. There was a certain teacher who always answered people’s questions with questions of his own. Finally one day someone asked him, “Sir, why do you always answer questions with a question?” He answered, “Why not?”

3) The One Enthroned in Heaven Laughs

Psalm 2:4 says “The one enthroned in heaven laughs” at the nations who conspire, plot, and band together against the Lord’s anointed. Many of us picture God in heaven scowling, or any other number of ways, but have you ever pictured God in heaven laughing? At the very end of his book Orthodoxy, G.K. Chesterton says that Christ, who “fills the Gospels towers in this respect, as in every other, above all the thinkers who ever thought themselves tall” seems to be hiding something from us. He says the stoics concealed their tears, but not Jesus. He says that diplomats pride themselves in constraining their anger, but not Jesus – he turned over tables at the temple. Chesterton writes, “There was something that He covered constantly by abrupt silence or impetuous isolation. There was some one thing that was too great for God to show us when He walked upon our earth; and I have sometimes fancied that it was His mirth.” Mirth is an old fashioned word for laughter, humor, hilarity, or fun.

Have you ever thought of a sense of humor as being a godly characteristic? The fact of the matter is that there is so much humor in the Bible, but we are just too serious to even notice half of it. Consider these examples:

Do you think a humorless teacher could have attracted all of those crowds? If you don’t find yourself chuckling once in a while when you notice humor in the Bible then you’re doing it wrong.

A Word of Caution

Humor is a big deal for preachers in many different settings, but humor is always a risk. Some of the most biting comments people have ever made in my life have been put-downs wrapped in a “joke.” Like any form of communication, people will sometimes hear what they want to hear, not what you are actually saying, so I’ll follow this article another entitled, “6 Rules for Joke-Telling Preachers.”