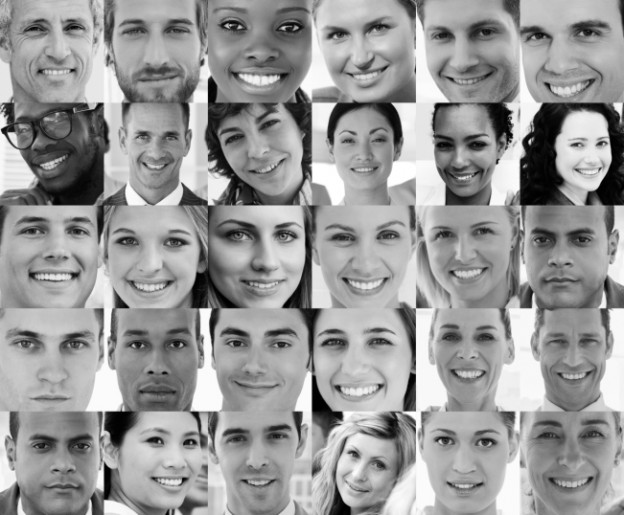 If the ultimate scenario is every nation, tribe, people, and language united in worship (Rev.7: 9; Heb.12: 22), then what does it mean for the church to live into that heavenly reality in the here and now?

The unprecedented influx of refugees and migrants into major cities around the world is a phenomenon that many churches appear to be grappling with around the world.[1] As some point out it’s not merely the fact of migration – the in-your-face encounter with the “other,” but also the rate of migration – having to make changes in lifestyle, sharing resources, and dealing with challenges to norms embedded in worldviews (i.e., conflicting perceptions of reality that shape values) – that could be problematic, not least for the church in its efforts toward inclusive worship.

In a recent (2013) interview with a pastor of a numerically growing congregation in a North American suburb, the following question was posed, paraphrased here: “What is the plan for including others, i.e., fresh migrants and refugees arriving in the city, in the task of building the church for mission?” The question inadvertently assumed a dynamic connection between worship and mission. The answer, however, seemed to subvert such an assumption. The pastor seemed somewhat taken aback; it appeared that he hadn’t really thought of worship in terms of building the church with such others. He thought for a moment and replied quite matter-of-factly, “I don’t expect them to build my church.” But it is what he said next that caught me, the interviewer, quite unawares. He continued, “My ecclesiology will not take me there.” I probed further in an effort to understand. He clarified. He went on to explain that in his understanding, when it came to the activity of the church with regard to “them” (not used derogatorily) it was the responsibility of the North American church to feed such people with the truth of the Gospel who could now take such truth back to their home countries.

The good intentions of my pastor acquaintance above could be interpreted as condescending by some – how can we, the historically privileged help them?

Inclusive worship, however, starts off with a call for multilevel engagement with so-called others. There is a preference for learning as a two or more-way street rather than one-way. Diversity is prioritized. It is not optional. Inclusive worship eagerly anticipates the multifarious ways by which those from the global North and the global South can learn from and partner with one another in crafting worship in a variety of spaces, inviting the world to learn to “sing” a “new song” together.

The idea of mutual learning with others is not typically resisted, although in reality how do we gauge “mutuality?” Who’s doing the gauging? The question of whether or not “black lives matter” is acutely pertinent when it comes to understanding what it means to be inclusive in the context of Christian worship in present day North America. According to an African-American pastor of a predominantly African-American community in Southwest Houston, TX, a reason why they prefer to worship in the same space with others like themselves is because it is a “safe” place; it is a place where the issues of racial segregation are (historically) openly recognized and addressed in the liturgies rather than suppressed, which is what happens when, according to this pastor, African Americans share space with dominant others. Here, diversity is compromised rather than optimized.

Inclusive worship therefore necessarily raises the question of how power is shared and distributed when it comes to determining the agenda of the church for worship. The pastor above is an acquaintance of mine and I knew in my heart that he harbored no ill toward migrants and so-called others in his context. His approach to the issue of inclusion of others came from an understanding that put ecclesiology before God’s mission. But inclusive worship presumes the reality of missiology as (theologically) prior to ecclesiology. If worship is the embodiment of the mission heart of God by all God’s people everywhere, then the activity of the church through worship entails the unfolding of the “missionary nature of the church” through its worship (cf. Ex. 3:12).

Problems of inclusive worship are certainly not unique to North America. In India, from where I currently write, confrontation with otherness has long been the norm rather than the anomaly. In the context of religious diversity, persecution of religious minorities, caste, class, and racial distinctions, what are some ways the Global Church might lead the way when it comes to its witness as a worshipping community that is radically inclusive of others?

I hope to tackle issues related to the subject of multicultural worship in forthcoming posts, e.g., exploring the intersection of Christianity and neo-colonialism, creativity and mission, and church planting “through the arts” among others. Looking forward to the journey with you all.

[1] In 2013 close to 50 million people living in the United States were born in countries other than the United States, Mexican to US immigration was estimated at 13 million, the number of Indian and Chinese-born population living outside their countries of origin doubled from 1990 to 2013 (from7 to 14 million Indians and from 4 to 9 million Chinese) (For more on world migration, see: http://www.pewresearch.org/fact-tank/2014/09/02/7-facts-about-world-migration/).