Jesus: Raised above All Rule and Authority - Seedbed
close
Menu 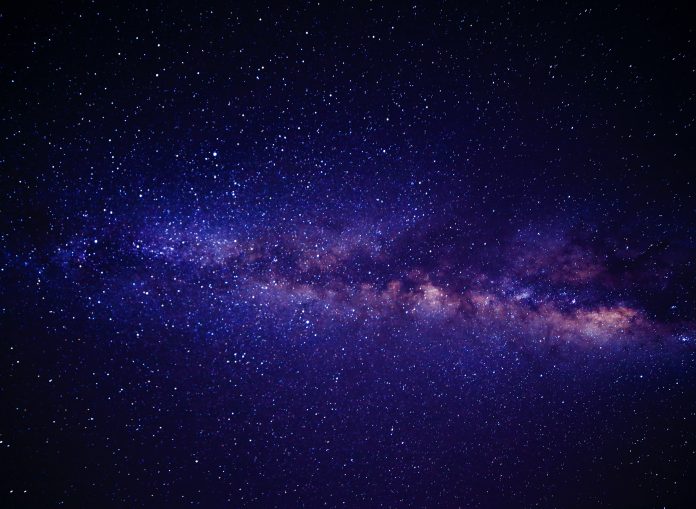 God put this power to work in Christ when he raised him from the dead and seated him at his right hand in the heavenly places, 21far above all rule and authority and power and dominion, and above every name that is named, not only in this age but also in the age to come. (Ephesians 1:20–21 NRSV)

Of the three “whats” in Paul’s prayer (vv. 18–19), the last one receives the greatest explanation. Paul spent considerable time telling us about God’s power. At the end of 1:19, he used the expression “according to the working of his great power.” In the original Greek language, Paul used three different words for “power.” He was stressing the greatness of God’s power displayed.

First, God’s power was focused in Jesus Christ. In Jesus’ earthly life, the power assisted Jesus as he lived—he had discernment, he preached the gospel in the midst of conflict, he performed healings and miracles, and he courageously faced death when he went to Jerusalem and confronted the injustices of the religious leaders of his day.

Second, God’s power was manifested in a way never seen before by raising Jesus’ dead body from the grave. This is called the resurrection. In the resurrection, God testified that Jesus was the Messiah; he brought life back into Jesus’ corpse and gave him a glorious new body. Although the Bible tells us of people being resuscitated from the dead (only to die again) or being seen no more (like Enoch, who was presumably “translated” somehow into God’s presence), Jesus is the only one resurrected from the dead never to die again. This is good news for us, because it means that God has overcome death. As I like to say, “Death is not the end of us!”

Third, God’s power was displayed in seating Jesus at his right hand. Not only was Jesus raised from the dead, but he ascended to heaven to occupy the highest position of power. This is called the ascension. The ascension refers to Jesus, after his resurrection, being taken up to heaven to be with the Father “at his right hand.” This fulfilled Scripture. Paul here alluded to Psalm 110:1, which describes King David’s “Lord” coming up to sit at God’s right hand. Psalm 110 is one of the most commonly cited or alluded to Old Testament passages in the entire New Testament—it is that important! (See, for example, Luke 22:69; Acts 7:55–56; Romans 8:34; Colossians 3:1; Hebrews 1:3; 8:1; 10:12; 12:2; 1 Peter 3:22.)

Fourth, God seated Jesus “in the heavenly places, far above all rule and authority.” This is fighting language, so to speak, since people then believed the heavenly places to be occupied by the strongest gods and goddesses, and even the deceased emperors, including Augustus! Yes, emperors were thought to have come from the heavens and then to die and return there in spirit. It was part of their understanding of the world. Rulers came from heaven. However, Paul showed that God raised and elevated Jesus to the highest position of power, above all others. Not only that, but also Christ remains above “every name that is named, not only in this age but also in the age to come,” that is, for all time, now and forevermore. What this means is that we as believers are well-connected to the Power Source and to the Ultimate Position of Power. God approves of Jesus, and we should follow after him. This power assists us to carry out God’s purpose and mission in the world, which Paul will explain as the letter continues. 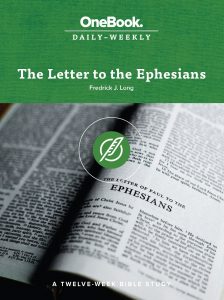 Did you enjoy this entry? Discover our OneBook: Daily-Weekly Bible studies, of which this entry is a part. The OneBook: Letter to the Ephesians by Fredrick Long study takes readers through one of the most important and most commented on parts of the Bible, paragraph by paragraph. Order the book and video studies from our store here.

This 12-week study Dr. Fred Long takes learners through Paul’s grand vision of the Church as Christ’s body, a people called to be holy and blameless in love. As the political head of the church Body, Christ exemplifies virtue and the church aspires to grow to be like him in sacrificial love and service. Paul, as an ambassador of Christ in chains, depicts the church assembly as a holy temple filled with God, Christ, and the Spirit, and then stands firm wearing divine armor ready to withstand all evil forces and to spread the peace of the gospel of Christ to the whole world.

If you would like to learn more about the Ascension of Jesus and it’s significance for the Christian life, our book The Unseen Real by Steve Seamands is a powerful study to engage with, especially during the season of Ascension in the Christian calendar. View the first video free below.

© Seedbed 2021
Jesus: Raised above All Rule and Authority
MORE STORIES