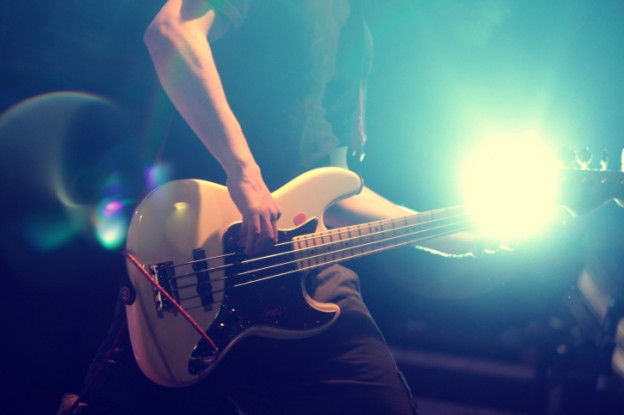 In Part 1 of this two-part series, we discussed the use of a metronome in rehearsals and performances as well as the need for band members to think like arrangers instead of simply guitarists, drummers, keyboardists, and bass players. In this installment, we will look at the basic roles of each band member.

Helping the members of your band to know their “idiomatic” roles is one of the greatest gifts you can give them. Most weekend warriors are great copycats. They can learn a part from a recording and play it fairly well. However, they typically do not understand how or why the part was created in the first place. This is primarily because they do not fundamentally understand their basic idiomatic roles, or functions, in the band. Let’s briefly look at the various band roles.

The drummer is the “conductor” of the band. Worship leaders, do not be fooled by this one! Once a song starts, it is the drummer that will establish the groove, time-feel, and will determine the emotional intensity of the song. The drummer must be confident assuming this leadership role and understand that the more confidently and accurately they play, the better the band will sound—period. Again, encourage your drummer to practice and perform with a metronome, and encourage them to carefully pay attention to how the drummer on the recording delineates the sections of a song—essentially conducting the arrangement. This is accomplished by changing grooves for the different sections of the song along with the effective use of fills to signal the change in sections. When the rest of the band is confident, the drummer is doing his or her job well!

The primary function of bass in a contemporary band setting is rhythmic, not melodic. Many bass players mistakenly see their function as melodic, but this is not the case. Novice and intermediate bass players should carefully study the relationship between the bass drum and the bass line they are attempting to play by listening to the recording. There are two important things that the bass player should consider in this. First, the bass line played should relate, if not be identical, to the bass drum pattern in any given section of the song. For less experienced players, playing only the root notes of the chords with the bass drum rhythm is a great place to start. Second, the bass player should try to accurately play the rhythms in time with the bass drum. In most songs, the bass drum and bass should sound like the same instrument to the listener.

Keyboardists and acoustic guitarists play a similar role in the band. Both of them are chordal instruments that occupy a similar audible frequency range. Because of this, it is easy for the keyboard and acoustic guitar to conflict. There are two questions both of these instrumentalists should ask themselves and each other when approaching a song. First, am I playing chord voicings in a similar range as my counterpart? If so, one of the players should re-voice the chords to a different range of the instrument. For acoustic guitarists, a capo can be a useful tool for this. Keyboardists should either re-voice their chords or simply take everything up an octave. Keyboardists might also choose to switch from a piano patch to a pad or B3 organ patch if the song is predominately guitar-driven. This can add a lush texture to the song that will effectively glue the other parts of the song together.

Electric guitarists can have the most difficult time adapting to the worship band setting. Electric guitar is a very powerful instrument that must be handled tastefully in this context. The two problems I see most often from an electric guitarist are 1) overplaying and 2) the inappropriate use of effects. Because of the power and tonal complexity of the electric guitar, care should be taken to make sure that the part played contributes to the song.

Problems I hear most often with electric guitarists are: 1) generic, clean tone, strumming and 2) playing too aggressively throughout a song. Both mistakes detract from the song arrangement, and the latter can become very distracting. Instead, the guitarist should use techniques such as arpeggios or repetitive one or two note playing to delineate sections, using aggressive power chords or fully voiced chords only for the louder sections of the song. Listen carefully to recordings for ideas, as this approach requires a considerable amount of musicality and taste.

Second, the electric guitarist should study the proper use of effects, particularly digital delay. Notice on recordings how the use, or absence, of digital delay gives the song its “sound.” Liberal use of digital delay is common, but it does vary from song to song. As a starting point, set your delay at a dotted-eighth-note duration with approximately a 30-40% feedback and a fairly high effect level setting (almost as loud as the original signal). To time the delay with the song, either program the tempo of the song ahead of time or simply tap the tempo of the song as the song begins. This is a great starting point, but shouldn’t be considered appropriate in every situation. Use your ears!

Are there any other techniques that you have found useful when working with volunteer worship bands?