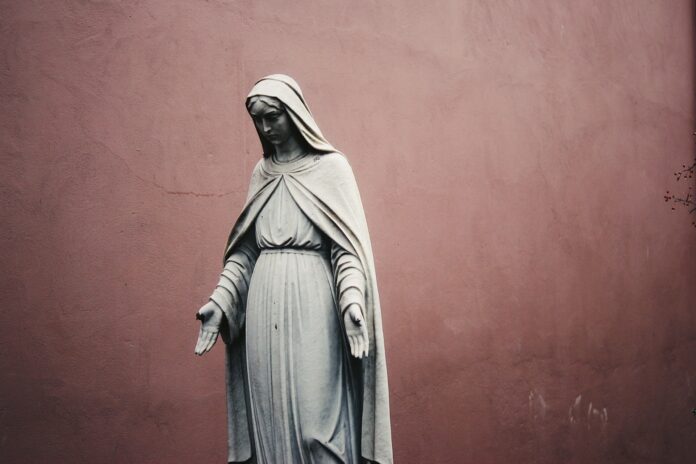 In the sixth month of Elizabeth’s pregnancy, God sent the angel Gabriel to Nazareth, a town in Galilee, 27to a virgin pledged to be married to a man named Joseph, a descendant of David. The virgin’s name was Mary. 28The angel went to her and said, “Greetings, you who are highly favored! The Lord is with you.”
29Mary was greatly troubled at his words and wondered what kind of greeting this might be. 30But the angel said to her, “Do not be afraid, Mary; you have found favor with God. 31You will conceive and give birth to a son, and you are to call him Jesus. 32He will be great and will be called the Son of the Most High. The Lord God will give him the throne of his father David, 33and he will reign over Jacob’s descendants forever; his kingdom will never end.”
34“How will this be,” Mary asked the angel, “since I am a virgin?”
35The angel answered, “The Holy Spirit will come on you, and the power of the Most High will overshadow you. So the holy one to be born will be called the Son of God. 36Even Elizabeth your relative is going to have a child in her old age, and she who was said to be unable to conceive is in her sixth month. 37For no word from God will ever fail.”
38“I am the Lord’s servant,” Mary answered. “May your word to me be fulfilled.” Then the angel left her.
(Luke 1:26–38 NIV)

Zechariah and Elizabeth were the first couple selected by God to play a role in God’s purposes. But it did not take long for God to choose another. Enter Joseph and Mary.

These two couples present a surprising set of contrasts. In both cases, God selected unlikely candidates through whom to bring world-changing children into the world. After all, God first gave a child to Zechariah and Elizabeth, a couple regarded as too old to conceive. Then God selected Joseph and Mary to bear a son, but they were not yet married!

Furthermore, God began with a priest serving at the center of the Jewish world, God’s own temple in Jerusalem. But he continued with a young peasant woman living in the backwater region of Galilee. Yet these two quite different couples shared an important link—Elizabeth and Mary were related (1:36). Together, these juxtapositions show God’s choice of unlikely candidates through whom he would accomplish his salvation. But God’s unstoppable plan would come to fruition (1:37, 45).

Gabriel was one busy angel. Having appeared to Zechariah in the temple, he then appeared to Mary in Galilee. She must have been dumbfounded. She was just a common young woman in rural Galilee. Still, an angel of the Lord appeared to her. But that was only the beginning. The angel announced that God himself would give her a son (“What will Mom and Dad say?”). That son would be none other than the long-awaited King from David’s line, the One through whom God would restore Israel and bring salvation to the nations. He would be called “Son of the Most High” (a royal title; v. 32) and would be given David’s eternal throne (see 2 Samuel 7:11b–16).

Mary’s response remains one of the most simple yet profound statements in all of Scripture: “I am the Lord’s servant. . . . May your word to me be fulfilled” (v. 38). Understandably, Mary had major questions (1:34). But when push comes to shove, her response to Gabriel and thus to God indicates two significant postures.

Mary’s words expressed a deep and profound trust in her God. In effect, she said, “If this, as crazy as it sounds, is truly God’s purpose and design, so be it. Count me in!” Additionally, her faith was not just some sort of mere sentiment. Mary’s response to Gabriel stated that she was willing and available for God’s purposes. And that is no small commitment. To entrust herself to God in this manner means she walked away from this encounter with a different life before her. She could no longer go back to who and what she was before. Obviously, her pregnancy would raise serious questions with Joseph, family, and friends. But even more so, her own child would become King of Israel, the One through whom God would restore the nation.

Mary’s deep faith, expressed in her concrete commitment to walk out that faith in all aspects of her life no matter the cost, stands as a challenging example to us all. 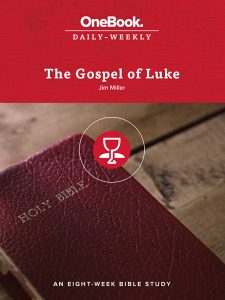