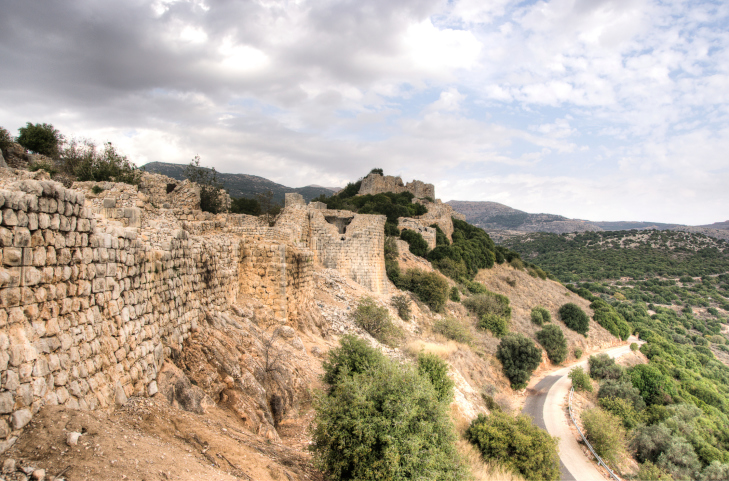 The book of Ezra along with its companion, Nehemiah, present the events associated with Israel’s restoration to the land after the Babylonian Exile.

The first six chapters detail the return of the exiles and the rebuilding of the temple.  Then in chapter 7, the narrative fast-forwards 57 years after the Second Temple was finished, and finally introduces us to the person for whom the book is named.

Ezra is initially identified as a descendent of Aaron to establish continuity between Israel’s past and present and to establish the legitimacy of Ezra’s work.  Before the exile, the priests were responsible for guarding and publicly reading the book of the law.

Then Ezra is identified as a scribe, which is that of a student and teacher of the Torah, an office that became increasingly prominent in post-exilic Judaism.

According to Professor Hugh Williamson (Ezra-Nehemiah, Word Biblical Commentary, 16, 1985: 94), “Ezra is portrayed as the first and great example of this class.  He thus represents in a unique manner the transition between different modes of Torah meditation in the pre- and post-exilic periods.”

Because of his intense association with the Torah, it is common to find descriptions of Ezra as a second Moses.

This Ezra and those traveling with him embarked on an Exodus-like journey out of Babylon and arrived safely in Jerusalem.  This successful journey is credited to “the gracious hand of his God [which] was upon him”—a phrase that occurs eight times in Ezra-Nehemiah and signifies the presence of God’s blessing.

Ezra was successful because God has blessed him.

Then in vs. 10 we are given the cause for God’s blessing.

For Ezra had set his heart to study the law of the LORD, and to do it, and to teach the statutes and ordinances in Israel.

Ezra committed himself to study, to do, and to teach.  Therefore, in my opinion, despite the claim of a one-hit wonder 90s alt-pop band, there is no one better than Ezra as a model for ministry.

In his commentary, Derek Kidner (Ezra & Nehemiah Tyndale Old Testament Commentary, 1979: 62) writes, “[Ezra] is a model reformer in that what he taught he had first lived, and what he lived he had first made sure of in the Scriptures.  With study, conduct, and teaching put deliberately in the right order, each of these was able to function properly at its best: study was saved from unreality, conduct from uncertainty, and teaching from insincerity and shallowness.”

In my undergraduate study, I majored in Practical Church Ministry with an emphasis in Youth Ministry, and I also served as a youth pastor in a local church.  During those years, I frequently criticized my fellow students, who were majoring in Biblical Studies or Theology, for devoting themselves to an inferior course of study.  I acknowledged that Greek, Hebrew, Church History, and Doctrine were of some value, but I genuinely believed they were irrelevant to the daily life of the Church and individual followers of Jesus.  I believed what really mattered, what God really cared about, was ministry, not academia, which were two separate and irreconcilable categories.

Shortly after I graduated around 4 or 5 years into ministry, I saw the first group of students, who were committed to our church, go to college and quickly lose any semblance of a Christian identity.  In addition, I was surrounded by another group of high school students whose questions and concerns concerning the Christian faith were beyond my ability to respond and which revealed to me the shallowness of my sermons.

Then during my first year of study, I read this passage in Dr. Arnold’s Aramaic class, and subsequently, Ezra became an inspiring model for me.

It is so easy for me, and probably for many of us, to assume one of these positions.  We either undervalue the importance and necessity of deep and thorough study, setting our hearts fully on practical ministry, only to discover that our ministries quickly become insincere and/or shallow—and fail to make disciples whose lives are thoroughly dedicated to the love of God and love of neighbor.

Or we undervalue the role of the local Church in God’s kingdom, setting our hearts fully on study—only to discover that our study becomes increasingly disconnected from the Christian life and fails to make disciples whose lives are thoroughly dedicated to the love of God and love of neighbor.

At both extremes, we also tend to lose sight of the third component of Ezra’s ministry—to do what the Scriptures command.  We become successful students and successful ministers, but our lives, our families, our relationships, our finances, etc. remain unaltered.  We place so much emphasis on study and praxis that we fail to embody the kingdom of Christ, through the power of the Spirit, to the glory of God the Father.

By God’s grace, let this not be true for us.  Instead, may we be like Ezra.  May we study diligently, recognizing the immense importance of knowing the Scriptures and the doctrines of our faith.  May we then also live out this faith in grateful obedience to the divine gifts we have received from the Father in Christ through the Spirit.  Finally, may we fulfill Christ’s commission:

Go therefore and make disciples of all nations, baptizing them in the name of the Father and of the Son and of the Holy Spirit, and teaching them to obey everything that I have commanded you. And remember, I am with you always, to the end of the age.”