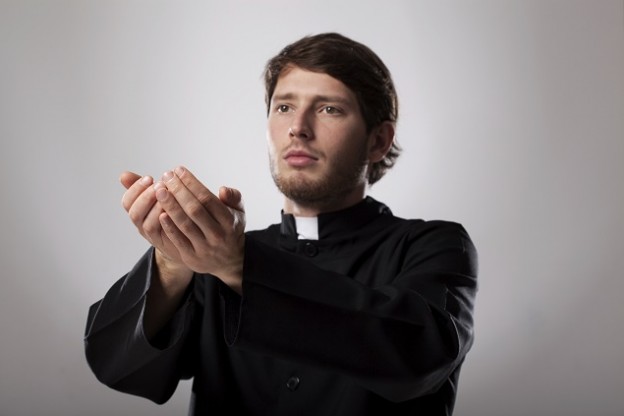 One of the great benefits of editing a site like the Preaching Collective is that I get to spend time learning from some great preaching peers as I edit their work. Each article challenges me to make my own preaching even better which, even after 20 years of giving sermons, is still a priority for me as I’m sure it is with most of you; otherwise, you wouldn’t be reading this!

A few months back we published an article by Jonathan Anderson on preaching without notes. It became one of our most popular posts on the Preaching Collective, mostly because I think that many of us would love to be able to go noteless in our preaching, though it’s a challenge to change habits we’ve been using for a long time.

I have been a manuscript preacher for most of my ministry life. Since I tend to access information through the lens of a writer and reader, I like to wordsmith sermons and use language precisely as well as check the sermon for length (four pages equals 20 minutes, for example). I had always thought it would be great to be able to preach without notes but I also feared that it would cause me to take homiletical detours on Sunday mornings that would wind up as dead ends. I also didn’t want to take the extra time to memorize my sermon, given the state of mental hard drive. I mean, I can tell you Roberto Clemente’s batting average from the 1971 World Series but I couldn’t tell you where my keys are right now.

When I read Jonathan’s article, however, it challenged me to think about changing things up. Since it was summer time, I decided to experiment with going noteless one Sunday without telling the congregation in advance. I was stunned at the results–so much so that I have been leaving my notes behind ever since. Here are three of the benefits my congregation and I have experienced from noteless preaching:

1. It changed the way I prepare my sermons.

Usually, writing a manuscript took up most of my week. I was convinced that when the manuscript was done, my preparation was done. In preparing to preach without notes, I still write a manuscript but now I’m not just writing a sermon; I’m actually incarnating it. I start with sketching an outline in a cheap composition book before typing out the manuscript. Then I prepare a “rehearsal” outline of that manuscript on a single 5×8 inch sticky note. I put this in my Bible for practicing my sermon out loud in the empty sanctuary, which happens on Fridays and early on Sunday mornings before everyone arrives.

It sounds like more work, but, by the time I’ve outlined, written, outlined again, and practiced the sermon several times, it is now not a thing to be delivered but a message to be embodied. I don’t need to memorize the sermon or read it off a page because I know it.  I’ve worked through all the transitions and salient points to the point that the sermon actually preaches me on Sunday morning instead of vice versa. I live with the sermon all week and, by Sunday, I’m bursting at the seams with it. That creates an enthusiasm that is contagious.

2. It changed my connection to the congregation.

Because there is no pulpit or manuscript in the way, my eyes are always with the congregation, and my speech is more conversational than orational (okay, that’s not a word, but you get my point). I have received more feedback on my preaching in the last few months than I did in the previous two decades. People listen better when all their senses are engaged. Catching their eyes, walking among them, asking a question or two, and even getting a laugh, are all ways of capturing the congregation that actually reinforces the message.

It has also helped me realize that Aristotle’s rhetorical concept of the ethos of the speaker is dead on. In many ways, the messenger is key to the message. When the congregation sees that you have embodied the sermon, have lived with it all week, they tend to lean in a bit more and wonder what’s next, rather than watching you shuffle notes (or flip pages on your iPad) and wondering when you’ll get to the last page. Many people have remarked that the sermons now seem to speak right to them as though they were customized to their individual needs. Removing the barriers of pulpit and notes has opened up more space for the Holy Spirit to work in between me as the preacher and the congregation as listeners.

3. It keeps the sermon fresh, especially when preaching multiple services.

Ditching the notes makes each sermon a bit different and allows room for spontaneity. I preach three times every Sunday morning and, when I was using the manuscript, the sermons tended to pretty much be the same. By the time I reached the third service, even I was bored with it (as were the musicians and others who have to be there for all the services). Now, without notes, each sermon evolves somewhat differently as the congregation responds, and as other pieces come into and drop out of the sermon as the Spirit leads. It’s this thrill of “working without a net” that keeps up my energy level for the three and half hours I’m engaged in worship on Sundays.

Interestingly enough, I actually don’t wander that much when I use this approach. In fact, my sermons actually time out a little shorter and more concisely than they did before.

These are just a few of the things I’ve been discovering in going note-less. If you’re still using a manuscript or staying behind the pulpit, I want to challenge you to give yourself permission to experiment. My experience is that they will bless you for it and your preaching will land more effectively among them.

Think of it as a potential New Year’s revolution in your preaching!