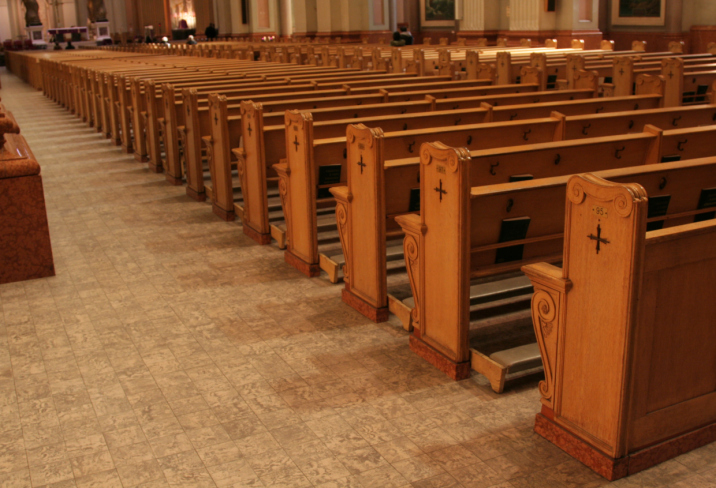 It is truly frightening how easy it is to be drawn into an unhealthy obsession with numbers: Worship attendance, offering statistics, volunteer hours, people served, and the list goes on.  In fact, in my church’s denominational structure, we are now asked to report these sorts of numbers on a weekly basis, and we call them “Vital Signs.”  Worship attendance and volunteer hours, we are to understand, are analogous to a pulse, or maybe the presence of brain activity.  The numbers go down, the brain slows down, the number goes up, the brain is active again.  And so goes the emotional roller coaster of wondering when the great decline of the mainline denominations is finally going to take us from stasis to obscurity.  As you can imagine, this “exercise” leaves me feeling like there are many in the church who have forgotten what true vitality looks like.

Numbers, of course, was never the issue.  The issue appears when Christians equate numbers with congregational health.  And what this does is contribute to an environment where persons are allowed to maintain loose connections to the church defined by (many times superficial) association rather than life-giving connection.  And ultimately, we must ask the question as to whether or not our churches today have the appearance or the spirit of the church Jesus Christ established through his apostles.  At the risk of oversimplification, we might say that Jesus Christ had a number: Twelve.  And, he had another number of around seventy or so, and that was the extent of his ministry focus.  There has to be a principle here.

Vitality of the (Same) Mind

When I think about what this principle might be, there is a verse that just won’t let me go.  It is Philippians 2:2, which reads in the NASB, “make my joy complete by being of the same mind, maintaining the same love, united in spirit, intent on one purpose.” This verse sticks because of the incredible challenge built into it.  It is a challenge for the entire community of faith to share in a common fellowship and mission.  For me, this begs a question in my simple mind: how did they do it?  Think about it for a moment—if Paul, inspired by the Holy Spirit, knew that the best the church could do would be the 80/20 rule*, then why would he issue such a challenge?  Whatever it was (if you want to study the early church’s spiritual formation process, check out Mike Breen’s Building a Discipling Culture for starters or Alan Hirsch’s The Forgotten Ways especially Section 2: “A Journey to the Heart of Apostolic Genius”), it was an effective way to invest in the spiritual formation of every member of the community.  This indicates that there must have been social spaces that allowed for the transmission of the theology and mission of the church that fostered this environment of growth in unity.  These spaces must have been small enough for intimacy and for community theology to develop through discussion and mutual support (accountability, encouragement, etc.).

To cut to the chase: Jesus gave us an example of how to intentionally invest in people.  This is the principle, is it not?  I’ve been told that one of the things that made Robert Trent Jones such a successful golfer was his undying focus on the mechanics of his own swing and not on his golf score.  He truly believed that if he could control what happened between his two shoulders, then his score would take of itself.  This is what Jesus and Paul truly did.  They focused the lion’s share of their investment on a few, and the big numbers took care of themselves.

The Same Mind in Practice

Ultimately, I think what Paul was challenging the Philippians to do, and us also, was to focus on the numbers that truly mattered: the people in your life that God has given you.  For church leaders, this means that we ought to be casting a vision and making spaces for people to gather and invest in one another in ways that cultivate a shared fellowship and mission (i.e. –the “same mind”).  What we are seeking to do in my local church is to rekindle the old Methodist tradition of meeting together in small groups (they called them Class Meetings).  The cool thing about the class meeting in the days of the Wesley brothers was that the groups were all convened according to a common purpose: to “flee the wrath to come.”  And, they had a common language, encapsulated in the General Rules for the United Societies.  This together created an environment that looked suspiciously like the spiritual formation process we find in the early church.  It was movemental, based on core values and a common mission (which meant that the classes actually went out on mission together, rather than just talking about it in a Sunday Morning lecture format with persons pursuing ministry as individuals), and it cultivated a “connection” that I believe embodied the challenge to have the same mind.  The class meeting was different than what many in the church today call a small group.  This is because a small group does not always lead to deep spiritual formation, but a small group does have the potential to be the place where people can have profound transformative encounters with God through intimate Christian fellowship.

It has been said that the class meeting was John Wesley’s greatest contribution to the church.  I tend to agree with this, but not because I believe the class meeting represents an innovation.  Instead, it is because it taps into the church’s oldest tool for transforming and mobilizing people for ministry—discipleship.

*The 80/20 rule, or some other version of it, is cited in many sources and refers to the fact that 20% of the members of a given local church provide 80% of that church’s human resources, both financial and in terms of volunteer hours.