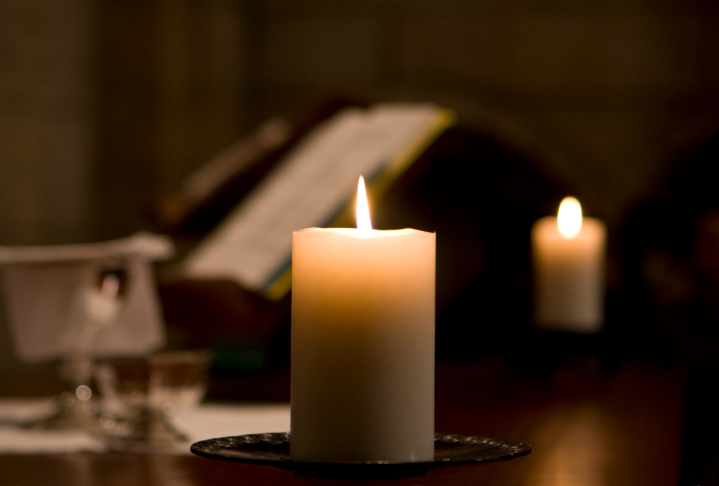 Everyone needs to be set free. The idea that we come into the world with a will entirely at liberty to choose one path or another is a myth. We are born in bondage—bondage to sin that leads to death. From start to finish scripture insists on this reality, from the confession of David that he was born guilty and a sinner from his mother’s womb to the insistence of Paul that those under the dominion of sin and death are unable to please God. We  must learn that we are not naturally free people. At the heart of the gospel is the good news that Christ’s death and resurrection liberates us from this natural state of double slavery to sin and death.

Before we can experience the freedom that comes through union with Christ, we must recognize the dark reality of our desperate state. John Wesley described the depth of that reality with stark clarity when he wrote:

No man loves God by nature, any more than he does a stone, or the earth he treads upon. What we love we delight in; But no man has naturally any delight in God…We take no pleasure in him at all; he is utterly tasteless to us. To love God! it is far above, out of our sight. We cannot, naturally, attain unto it (Sermon 44).

Wesley understood that the impact of sin was far more pervasive than we tend to recognize. The season of Lent provides an opportunity for us to reflect for an extended period on that pervasiveness and the intensity of our own sin. But Lent is also about hope. The trajectory of the Lenten season orients us toward Good Friday, which points beyond itself as it gives way to Easter Sunday and the celebration of the Great Fifty Days. That trajectory draws our eyes toward the reality that, because of our inability, the man on the cross has done what must be done to set us free. He has done what we could never do. He has awakened us. He has brought us from death to life. He has set us free.

But freedom is not magic. Grace is not a matter of being zapped once at conversion never to struggle again. The freedom that we gain in Christ is something into which we must continually live. And as we live into that freedom, our liberty grows. This is what Paul meant when he wrote:

Do you know that if you present yourselves to anyone as obedient slaves, you are slaves of the one whom you obey, either of sin, which leads to death, or of obedience which leads to righteousness? But thanks be to God that you, having once been slaves of sin, have become obedient from the heart to the form of teaching to which you were entrusted, and that you, having been set free from sin, have become slaves of righteousness (Romans 6:16-18).

Paul recognized that the work Christ to liberate us from sin was not automatic and without regard to our bodily practice. In his thinking, a person could be set free in Christ only to later become enslaved once again through disobedience. This is why the sin that besets us gets easier the more we indulge it. We are slaves of that to which we submit ourselves. Conversely, continued obedience leads to continued freedom. In reflecting on the above passage from Romans 6, New Testament scholar Douglas Campbell recognizes that,

freedom is not a matter of sheer choice…but of an incremental creation of new possibilities for bodily action that must be learned and internalized…Freedom is therefore complex, communally mediated, and embodied. Above all, it is learned and hence taught, much as someone is only free to play a violin beautifully after years of practice and instruction (Four Views on the Apostle Paul, 132).

This insight provides a helpful framework as we move through the Lenten season. The disciplines of Lent are not primarily about penitence, if by that we mean they are somehow atoning. As if, with our somber attitudes, we could actually make the work of Christ more effective. Rather, Lent provides a focused opportunity for us to practice freedom. It is because our sin is already atoned for and we have already been set free that we are able to obediently deny ourselves and be increasingly conformed to the image of Christ. The disciplines of Lent are not about denigrating the body; they are about training the body for righteousness. Just as spring practice provides the athlete a focused time of intense work to improve his skill that he might be prepared for the heat of competition, so Lent allows us time to practice conformity to Christ so that, in the moment of crisis when our hearts are tempted, we will know what it feels like to be faithful; and having practiced freedom, we will be able to live in it.

Lent, therefore, is about recognizing two important truths. It is about recognizing that our natural bent toward sin runs deeper than we’ve ever imagined, but it is also about learning to cultivate the freedom Christ has won for us. This is the freedom that Christ desires for his Church, the community of believers destined to bear the glory of the liberty of the children of God. Christ has set us free, and we are free indeed. May he sustain us by his grace to live into the liberty he has provided.