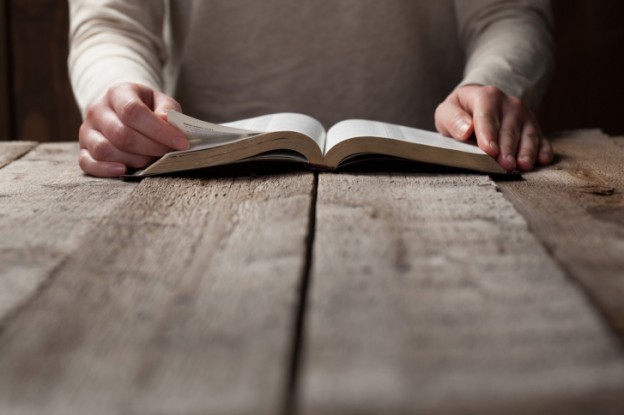 Not too long ago I had to preach on divorce. By had I mean I had no other choice. If given the option, I would have avoided it altogether. I would have dug under it, flown over it, or march all the way around it.

What I didn’t anticipate when I started the year was the anxiety and stress I’d feel over the few verses from Jesus on the subject of divorce. The subject is not only largely ignored in most churches (Richard Hays says most of us have a tacit agreement to just turn the other way and mind our own business when it comes to divorce), but even in those churches that do address the subject, it is often in a way that generates shame. In other words, it’s not handled with pastoral sensitivity. Nevertheless, given the nature of marriage as an image of Christ and his church, the sheer number of divorces in the church is a deep wound, both on an ecclesial and personal level.

Besides, I mentioned that I had to preach it, right?

So, unable to avoid the topic, I studied. I prayed. I wrote. I debated. I thought through. I discussed my thoughts. I wrote some more. I second-guessed myself. And I finished the final draft.

The week between the final draft’s completion and the preaching of the sermon, I had several completely unrelated conversations with couples and individuals who brought up the issue of divorce. Some were young people wrestling with their parent’s divorce. Some were engaged people who were seeking advice on how to ensure their marriage won’t end in divorce. And still others were people navigating the difficult terrain of a divorce in process or a divorce accomplished.

I found it interesting how a topic I rarely discuss with anyone came up so frequently within a week’s period of time. You might even say there was some level of divine providence in these conversations.

I do not appeal to divine providence as a way of saying the conversations changed the content of my message. They didn’t. But they did change the way I delivered the message. These conversations made me sensitive to the way the congregation would hear parts of my sermon if I didn’t have the right tone. These conversations reminded me that some of my sentences, if paced the right way, could sound condemning instead of concerned. These conversations humbled me and caused me to realize that most divorces aren’t merely out of “convenience,” but are often hard-fought and leave deep and abiding wounds on each party.

And all of this, the brokenness of even the best marriages, gave me a grace to go along with the truth I preached. I appeal to divine providence for those conversations precisely because on my own I’m convinced I could not have preached that sermon with pastoral wisdom.

God had a lot to show and teach me in that week, but I didn’t realize exactly how much until after the sermon when I had lunch with a congregant. As a doctor, this congregant speaks in medical metaphors, and he referenced the sermon’s “soft hands.” Apparently this is a phrase used of a surgeon who is especially sensitive and aware of his/her patient’s pain and dignity. There is a finesse of the hands involved here. A confidence to do what needs to be done, cut where needs to be cut, remove what needs to be removed, and yet also an awareness that you’re not dealing with a machine but a person.

Consider the power of this metaphor for pastoral preaching on difficult subjects:

The point of the soft hands metaphor isn’t merely pastoral sensitivity as an end in itself. No, the sermon must inflict some pain. The sermonizer must be incisive and sharp and there must be a direct and intentional move to pierce the rough outer layers of the heart. An unwillingness to make an incision always leads to spiritual death.

2.  Just as the surgeon must search within the human body, the sermon must explore the human heart.

The surgeon’s job is to explore inner organs that are bruise, bleeding, or malfunctioning. The preacher’s job is also to explore the inner workings of the human heart, which are difficult and deceptive. This can, of course, cross the line. A person going into heart surgery should not expect to come out of it having had brain surgery. There are places it is inappropriate for the surgeon to explore. Pastors need not meddle in things that are not their business, but as far as the word of the biblical text goes, there are no limits. The word of God meddles in things we’d all rather keep hidden.

3. Just as the surgeon causes pain for healing purposes, the sermon must inflict pain for redemptive purposes.

This is maybe the key component of the soft hands metaphor. Surgeons cause intentional pain in respect for the human body. A good surgeon doesn’t just root around in a person’s body mindlessly injuring organs. He or she has more than mere academic knowledge of the human body gained in a textbook. Rather, there is a familiarity with the human body, an intimacy, a love and respect for its boundaries, nuances, and dignity. A good surgeon has “soft hands,” she cares deeply about the patient even as she makes an incision and injures to repair.

So, too, the preacher understands the wounds and places of injury in the congregation. He or she doesn’t operate based on an abstract theology of human sin, but the concrete realities of each individual local congregation. The wounds inflicted in the sermon are precise and intentional, maximizing the potential of each word in order to show respect and preserve the dignity of each individual within the audience.

I’m fairly certain my hands aren’t generally soft when it comes to preaching. As a young guy still learning the craft, I can often get wrapped up in my truth and forget grace. I can be blind to how my words affect others. Unless God divinely intervenes in order to show me the kind of pastoral wisdom I need, I often make mistakes. But my friend’s metaphor so shaped my imagination that with each sermon I now seek the soft hands of pastoral sensitivity. I want to not only open the necessary wounds wherein hide infection, but I want to be precise and gentle, incisive and soft, truthful and gracious. And nothing will get us there faster than divine providence and direct interactions with both our own brokenness and the brokenness of the community in which God has called us to preach.