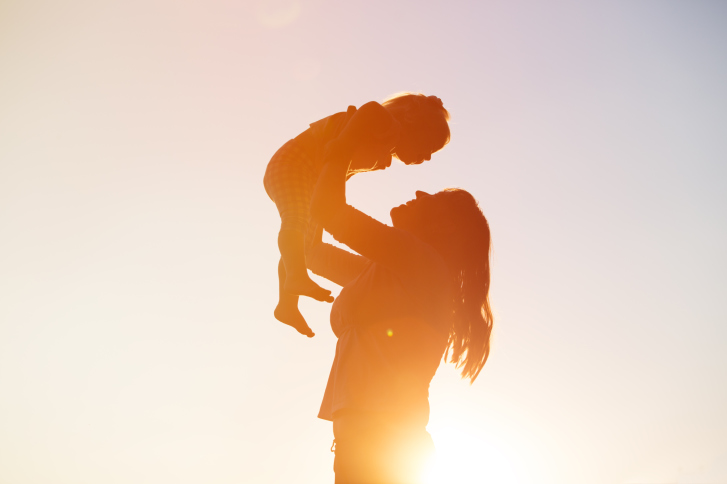 I write this from the perspective of a grandmother and the wisdom of years. I dedicate it to the stories of the women I love—stories full of imperfection and pain, stories that push grace as far as it will go.

As Mother’s day approached one year, several women spoke to me about the ambivalence they felt about this Hallmark holiday. Strong contributing women whose lives have not included raising children can feel excluded and diminished. Women who have experienced tragedy around reproduction feel fresh grief. Women who have been mothers are deeply aware of how far life falls from the ideal and may not want a spotlight shining on their efforts. Everyone is prepared to be disappointed.

What young moms really want is time alone. Husbands and children plan elaborate dinners and family times when the best gift for a young, tired mother would be an afternoon all alone. Take the kids away and leave mom with a container of Ben and Jerry’s and four hours alone. Older women who are mothers want to be with their kids. But, that is impossible too. Kids move away. They forget to connect. Send a text!

Mother’s day can pull out deep disappointment and sadness from the heart of a woman. And yet, we have all had mothers. In some way, they kept us alive, even if it was to give us away.

I think back to a conversation over iced tea and cheesecake. We were sitting at lunch when she casually mentioned that she and her husband were thinking of starting a family. “We’re taking a poll,” she said. “Do you think I should have a baby?”

I wanted to say, “It is not like deciding to cut off your hair, you know.”
And I wanted to say, “It might not be entirely your choice.”
But instead, I carefully said, “It will change your life.”
“I know,” she said. “No more sleeping in on the weekend, no more spontaneous getaways … it will wreck my body.”

But, that is not what I meant at all. I looked at my young friend, trying to decide what to tell her. I wanted her to know what she will never learn in childbirth classes. I wanted to tell her that the physical wounds of child bearing heal, but that becoming a mother will leave her with an emotional wound so raw that she will be forever vulnerable.

I considered warning her that she will never read an on-line news story again without thinking of her kids—that every time an ambulance screams by on the road, her mind will race through the locations of all her kids, assuring herself that they are okay. I considered telling her that when she sees pictures of starving children, she will grab her kids and hug them tightly to herself.

I looked at her carefully manicured nails and stylish business suit and thought that no matter how sophisticated she is, becoming a mother will reduce her to the primal being.

I felt I should warn her that no matter how many years she has invested in her education and career development, she will be professionally derailed by motherhood. She might arrange for childcare, but one day, she will be going into an important a business meeting and when she thinks about her baby’s sweet smell, the report in her hand won’t matter at all.

I wanted my friend to know that everyday decisions will no longer be routine—that a 5-year-old boy’s desire to go to the men’s room rather than the women’s room at McDonald’s will become a major dilemma. I wanted her to know that she will spend her whole life wondering if she has made the right choices in raising her kids.

Looking at my attractive friend, I wanted to assure her that eventually, she will shed the pounds of pregnancy, but she will never feel the same about her body or her life. I wanted to tell her that her life, now so important, will be of less value to her once she has a child; that she would give it up in a moment to save her child, but more likely, she will give herself in all the small, endless ways that can crush a soul.

My friend’s relationship with her husband would change, but not in the ways she thought. I wished she could understand how much more you can love a man who will play with the kids, but also that she will find herself mad at him for a whole category of reasons she doesn’t even know about yet.

I wished my friend could sense the bond she’ll feel with women throughout history who have tried desperately to stop war, prejudice and drunk driving.

I wanted to describe the exhilaration of seeing your child learn to ride a bike and the pride of seeing their first painful cello solo in grade five. I wanted her to understand the heart ache of seeing them make choices that will likely wound their lives and how a child takes up residence in your soul and stays there, whether they have left you or not.

“You’ll never regret it” I said finally. Then I reached across the table, squeezed her hand, and offered a silent prayer for my friend, for me, and for all of the mere mortal women who stumble their way into this kind of love.