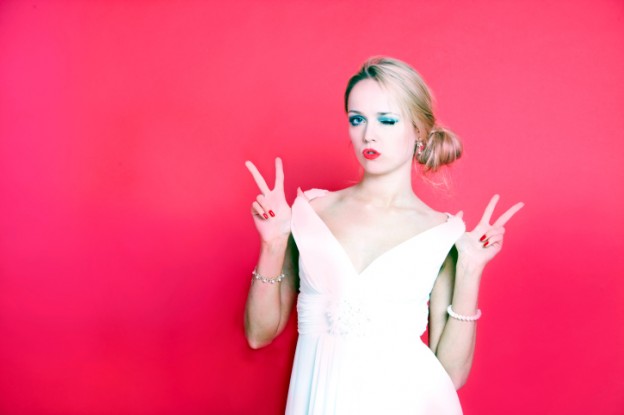 Throw on a scarf here. Add some bling there. Don’t forget the shoes – they make the man, you know.

We all make our own fashion statement. Some are more adept at it than others. We often pile on the accessories in hopes of elevating our outward appearance. It happens in our spiritual life, too. But Jesus isn’t an accessory. He’s the whole wardrobe. Come discover what that means.

Undressed to Kill
Suburban Outfit
Dos and Don’ts
The Devil May Wear Prada, But Jesus Wears . . .
Cool Threads
Hand Me Down

This first sermon of the series is by far the most important because it puts Paul’s virtues list of 3:12 in proper context. A five-week series on the virtues of 3:12 would be five weeks of biblical and theological falsehood. Jesus is not an accessory but is instead the sum total of the radical process of stripping off what is old and living into who is new.

With a nod to the pivotal phrasing of Colossians 3:11 – Here this is now Gentile or Jew, circumcised or uncircumcised, barbarian, Scythian, slave or free, but Christ is all, and is in all – the sermon lands at this bottom line: Your ethnicity is not your identity. Your Savior is. The sermon concludes with an acknowledgment that much of Paul’s language is saturated in baptismal imagery, acknowledging the central place of baptismal robes in the life of the early church.

Now that it’s clear that following Jesus is not about adding virtues as one would add wardrobe accessories, but it about the comprehensive stripping away and re-clothing, it’s time to take a look at the virtues of Colossians 3:12. Compassion is the first one listed.

The culture in which Paul was extraordinarily short on compassion. In Paul’s day and time, the day and time of the early church, do you know what the Roman Empire did with unwanted children? They abandoned them to the elements, hoping that exposure to extreme heat or cold would kill them quickly. People did this most commonly to female children but also to children with any kind of disability whatsoever. And when plagues hit, as they did in both 165 and 251 AD, the rate of abandoning children skyrocketed. So one of the churches earliest ministries – the church in Rome or Colossae or Ephesus – was to find, rescue, nurse, and then raise abandoned children as their own. In fact, one of the Roman historians put it this way: “Christians support not only their poor but our poor as well.” And we wonder why the early church had such explosive growth?

The sermon draws a sharp distinction between pity and compassion. The bottom line: Pity watches what compassion does. Pity observes. Compassion participates. Pity spectates. Compassion plays. Pity stops at the feeling. Compassion is much, much more than a feeling.

Note: in the life of our church, this sermon was a prelude to a Stop Hunger Now Sunday Morning Event.

A sermon on kindness, the second in Paul’s list of virtues.

The message begins with how much better we treat those who can help us – prospective bosses, our bishop, future in-laws – than those who cannot. Such behavior is not kindness; it’s usually manipulation. Instead, the sermon’s bottom line reminds us that kindness is what you do for people who can’t do for you.

It’s like the first night of our Student Ministry. You know what they had? A VIP Lounge for incoming sixth graders! The kids who still have the bad hair cuts and make jokes about boogers got a special, roped off area just for them. More than that, the high school students donned their aprons that night and served the young ones their food at their seats. That’s kindness, because few people can do less for someone else than a scrawny sixth grader booger eater in room full of 200 teenagers. Yet they did. Kindness is what you do for people who can’t do for you.

Bottom line: Pride is self-esteem at the expense of someone else, but humility is self-awareness at the foot of the cross.

You look at Jesus on the cross – one reason I’ve always appreciated the Crucifixes of the RC Church – and you realize, “I belonged there. I don’t just make mistakes and commit errors. I sin and I deserved that.”

Bottom line: Gentleness is your power under God’s control.

Our struggle comes from the fact that we confuse gentleness with blandness. Like buying a case of “Mild Salsa”! Well, no! It’s not! Gentleness is bold, risky, and wild because God is in control and not you. It’s takes a lot more nerve, for example, to turn the other cheek than to fight back; to forgive than to get even; to hold your tongue rather than to respond with your own gossip.

People who have the courage to surrender the personal power they have in relationships, in speech, and in money are not bland at all. It’s why Mother Teresa was one of the least bland Christians in history, but one of the most gentle. It’s why she dared to stand up on a US political platform between a pro-choice President and pro-choice Vice President and say that a land where parents can abort babies is a land in trouble. Don’t tell me gentleness is weak or bland. It’s not.