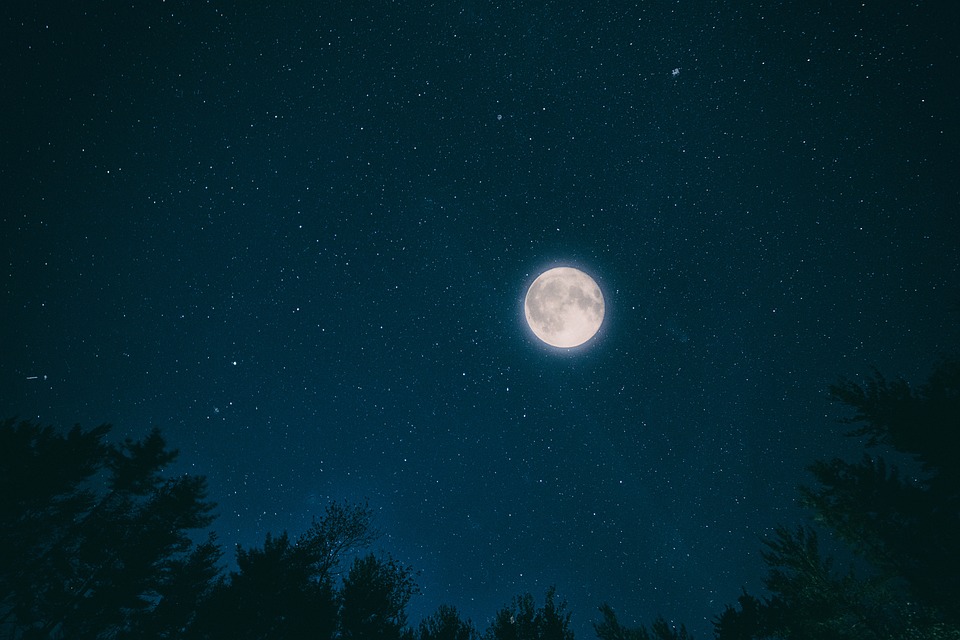 Advent invites believers to listen to the angels’ song of the sweet silent night, the holy night into which the eternal Word of God first entered human life that he might invite us to enter his. The song that the angels sing is a new hymn in which the first verse begins “Glory to God in the highest and on earth, peace and good will toward men” and the final verse concludes “To him who sits on the throne and unto the Lamb be blessing and glory and honor forever and ever.”

The first verse contains the herald’s annunciation of God’s clothing himself in human poverty. Our poverty becomes his poverty. It is the movement of divinity toward humanity. When God became a human being, he willingly bankrupted himself not only entering into the fragility of human existence, but going to the margins of that existence, the forgotten and forsaken side of life.

The final verse of the song has all of creation joining to bless the God who has blessed them and made them partakers of his life. It is the movement of humanity toward divinity.  When God became a man, he led humanity on a new exodus out of sin, death and judgment not simply to a new life but to his life–a life of holiness and happiness. If God is holy and happy, sharing God’s life means participating in a kind of life that is holy and happy. The path of holiness is a peregrination to the shores of blessedness in which life becomes abundant and radiant. “I come that you might have life and have it abundantly.”

Examining the impoverishment of God requires a deep dive into the fragility of the human condition. Imagine the birth of the Christ child. What did Joseph sense as he watched Mary perform the herculean task of bringing this child into the world? The miracle of child birth is witnessed fully by love’s knowledge. Having their eyes opened by love, parents behold the multilayered meaning of the event. Child birth is not just a biological incident. Mary and Joseph’s love for one another and for this new life emerging before them on a wave of blood and water must have opened their eyes to see the gracious beauty and absolute fragility of life.

It is difficult to capture the emotions surrounding child birth. One moves between stunned silence and fierce protection. The silence of the night turns into the holy zeal of love as the senses become heightened to any sign that something is not as it should be. It’s a kind of attentive exhaustion where the upheaval of intensive concern recedes into a listless fog at the edge of sleep. A thousand questions burst into the soul, all of which reduce to: How can I ever care for this child? What if something happens? At its core, the movement between wordless awe and love’s unending discourse represents an overwhelming sense of the nature of the gift and just how frail that gift truly is.

The Lord of the universe, the giver of life became Mary and Joseph’s fragile gift. The one who created humanity in his image became the image of Mary. This child who would adopt human beings into his family invited Joseph to adopt him. He entered human existence as both the biological offspring of Mary who sees himself in the mirror of his parents and the adopted offspring of Joseph who searches to find some likeness, someone in the world who resembles him. He was not just any baby, he was their baby. Poverty meant that the Son placed his very survival in the hands of a no-name couple who could not even get a decent room for his birth.

The ominous sounds of the cries of the innocents from Matthew interlace with the Lukan proclamations of glad tidings, revealing just how terrifying and tragic human existence can be. If Joseph and Mary had accidently harmed the child during the flight to Egypt or even in the early moments after birth, what would have occurred? Maybe God saw good parenting skills in Mary and Joseph? Such questions miss the point that “for our sakes he became poor.” He placed his life in their hands and trusted them to be good parents in the same way that God places every child into the hands of two people and trusts them to be good parents.

Francis of Assisi knew that one cannot understand the Son’s poverty until fully embracing his humanity. This is why he created the first manger scene in the thirteenth century. He wanted to evoke the humanity of the Word who experienced the frailty of human existence; that the one who calls us to forsake everything by trusting him and placing our lives in his hands had already forsaken everything by trusting Mary and Joseph and placing his life in their hands.

Advent focuses on God’s entrance into our struggles with life. The anxiety of life in the flesh and the knowledge that every human being must face: life is a fragile gift, here one minute gone the next. It is a whisper of smoke that vanishes almost as quickly as it appears. It is a daily struggle to hold on to what you love. And, sometimes tragedy strikes, leaving a barren wasteland filled with the cries of the innocent. There is an instability and uncertainty that goes hand in hand with the fragility of life.

Yet, although the Son experienced human fragility, he strengthened and stabilized it. This is the meaning of deification and it points toward the glorification of those who rise with Christ. Divine glory and power was veiled in human flesh. Instead of being dragged down by our existence, he lifted it up because in and through Christ the very life of God poured forth. Humanity receives the healing, life-giving flow of God’s grace through the man Jesus in the Spirit so that the riches of heaven take on a human shape.

During advent Christians are invited to enter the holiness of that first dark night of the soul. On that holy night God experienced his first human breath that we might breathe the air of heaven and arrayed himself in the impoverished and abandoned scent of an unclean stable that we might be bathed in the aroma of his majesty and glory. The angels’ song is ultimately an invitation to journey through the fragility and tragedy of life to the sacred shores of blessedness. To perceive life in its multilayered meaning so that love might awaken us to the glory veiled in the simple beauty and fragile frame of the child born on Christmas day.