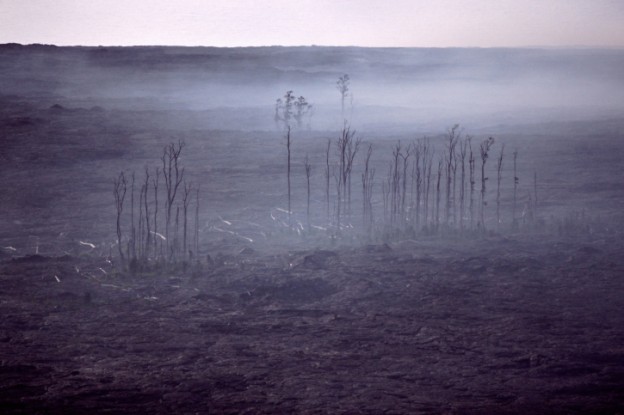 As I sat in front of the TV watching the horrific scenes of the marathon bombing unfold in front of me, I couldn’t evade the question of “what will we sing this Sunday?” This may sound crass or trite, but as a music minister in a congregation located blocks away from the bomb site, my mind easily moved to considerations about coming together as the body of Christ on Sunday. We’re in Eastertide—the season of the Christian year when we celebrate Christ’s victory over death and the grave. It may seem like a no-brainer—sing joyfully about the empty tomb and the hope that is ours, in Christ, of resurrection—but somehow that doesn’t seem to give space to the real grief that permeates my adopted city of Boston.

One of the criticisms of “contemporary worship” following 9/11 was that the style of worship provided no space for real lament. I would suggest that this is not a problem merely limited to “contemporary-styled” services. Whether it be the so-called “happy-clappy songs” of some brands of “contemporary worship,” or the saccharine, humanistic sermons that will be given in many mainline congregations this Sunday aimed at inspiring us to love our neighbor better in light of this tragedy; our North Atlantic congregations often seem unable to provide space for grief over the world’s pain and sin within our worship services. If we are to be faithful to the gospel and also honest about this moment we must lament, and we must proclaim the hope that is ours in Christ.

Our Song Is a Response to God’s Mighty Acts

So how do we hold in tension the empty tomb while wrestling with the anguish of the present age when we come together for worship? The history of Christian worship provides us an answer. The early Christians were marked by a distinct understanding of the Triune God and history. Through the incarnation, the eternal Logos entered into time. By His suffering, death, and resurrection, Christ decisively acted in time, and by His ascension, now holds time together. Christ, the Lord of time, now sits at the Father’s right hand interceding for the world by the Spirit. This fundamental principle—that God’s mighty acts are the foundation for our faith and worship—was as important for the early church as it was to the Hebrew people. And, like the Israelites, the early Christians understood worship to be a response to God’s action, not a shamanistic forcing of God.

Let me clarify what I mean by worship (particularly music in worship) as “response.” In the “already-but-not-yet” age in which the church operates, the church is called to function sacramentally—that is, manifesting to the world the world’s past, present, and future existence in the light of the crucified, risen, and ascended Christ. Musically, this might be understood as thanksgiving, but it is a particular kind of thanksgiving, one that is much more than a vague appreciation for God’s goodness. It is a thanksgiving which is rooted in the rehearsal of God’s mighty acts. This is something we see in the Old Testament. Consider, for example, the “Song of Moses/Miriam,” from Exodus 15:

Then Moses and the Israelites sang this song to the LORD :

“I will sing to the LORD,
for he is highly exalted.
The horse and its rider
he has hurled into the sea”
(Exodus 15:1, NIV)

The song continues with a recounting of God’s deliverance of the Israelites through the Red Sea—which becomes the content for praise and thanksgiving. While the majority of the “Song of Moses/Miriam” is concerned with what God has done in the past, the song ends with a proclamation of God’s revealed (future) promise to the Hebrews:

You will bring them in and plant them
on the mountain of your inheritance—
the place, O LORD, you made for your dwelling,
the sanctuary, O Lord, your hands established
(Ex. 15:17, NIV)

This is merely one example of a consistent biblical emphasis which provides a foundation for music in the church. God’s accomplishments in the past and His promised action in the future serve as the essential foundation for the song of the church.

But what do I do on Sunday with the real, present grief that my city is experiencing? The second facet of music as a “response” is the dual, ancient cry of the church: “kyrie eleison” and “maranatha”—“have mercy, Lord!” and “come, Lord Jesus!”  Such a “response” acknowledges that Christ is our only hope in the midst of a suffering world. This dual petition is founded on God’s activity. The mystery of the ascension is that Christ has already achieved victory over the future.  Obviously, this is not to say that the future has already occurred, but the church lives in the certainty of a promise (Christ’s return) that has been revealed. Thus, when we cry, “Lord, have mercy!” we do so in certain hope of God’s future action, the final coming of our Lord.

This is more than a distant, passive hope in what is to come. We must also understand the priestly function of the church in the midst of the “already-but-not-yet” tension. The music of the church, like prayer, assumes that our pleas for mercy are not simply deferred to a distant future, but somehow allow us to participate in the current work of the Spirit. Grounded in the truth of what God has done in the past and promised for the future, the church is invited to freely participate in the work of Spirit in ministry to a broken world through prayer and action. The point is essential: music which responds “kyrie eleison/maranatha” to events like the marathon bombing functions as intercession and is anything but passive.

Singing the Story, Crying Out to God

So as I continue planning music for worship this Sunday, I in no means seek to obscure the hope that is ours, in Christ, of a final day when He will return; neither do I want to gloss over the horrific events that happened this week by failing to provide space for my congregation to sing out our grief. My aim is to choose songs that rehearse the story of God’s mighty acts in Christ, while crying out “Lord, have mercy!” and “Come Lord Jesus!” I do so in the certainty that Christ not only hears our prayers (sung and spoken) and guides our steps during this trying time, but that He will indeed return and make all things new in His everlasting Kingdom.