Social Media. . . . . a billion tweets,* a thousand friends, a few angry birds or a means of grace? It’s the question we’re asking ourselves as we consider life in the early 21st century. If you haven’t seen it, take 4 minutes and watch the YouTube piece entitled, “Social Media Revolution.”

After battering the viewer with a barrage of stunning statistics, the piece ends with the question, “Still think social media is a fad?”

Like you, we wrestle with deeper questions like, “How might social media be employed to make the online world a more dynamic sense of “place” than an ethereal dimension of  “space?” Here’s another, “How can social media serve and supplement local communities rather than supplant them.” And to complete the trifecta, “What difference should it make to us that the God of the Cosmos became a single person in an obscure town in a tiny country in a pre-internet age as we consider the way we engage social media for life and ministry?” Oh yes, there is one more, “What am I going to do about my teenager’s 12,553 texts each month?!”

We can dress up ministry and mission in all the latest social media garb with ease. There’s no shortage of religious institutions and organizations jumping on the internet bandwagon. A Facebook page and a Twitter handle seem to be the 21st century equivalent of a dial tone. The challenge is engaging in social media in ways congruent with what we actually do rather than taking what we do and making it congruent with what the technology does. At the same time we must resist the easy temptation to take everything we have in print and dump it into cyber space.

So what do we do? What is our business? In short, we publish good news. We translate an ancient message called, “the Gospel,” into present day contexts through every career and vocation under the sun. We take care to do so in ways that have integrity with the nature of the message itself. The medium and the message must be deeply consonant, from our personhood to our webpage. Since the God of the Universe became a human being, it behooves us to do our work in ways that do not defy or detract from the nature of humanity. Stated positively, we consider it imperative to engage social media incarnationally. Rather than champion or decry social media, let’s work to discover pastoral wisdom and best practice in how to navigate the ways this new technology opens up an old world.

First, a 50,000 foot overview of the web gives us some perspective. A survey of social media across the online world reveals a number of primary ways people interface with the web. I outline several here.

Attention Wal-Mart shoppers, the mall of the 21st century has left the building. Shoppers abound online, exponentially multiplying by the month. They forage for everything  under the sun, new or used, to rent or own, by auction or direct sale. Social media is taking internet commerce to a whole new level via the creative unionizing of consumers (i.e. see  Groupon). These realities tempt almost anyone with anything going online to monetize. More on that to come.

Somewhere along the way I read an article online citing this statistic: The best selling game of all time, Angry Birds, was played for somewhere in the neighborhood of 2.4 billion hours over the last year.  It’s even more stunning when you consider that the entire time investment in the design, development and ongoing building of Wikipedia is 100 million hours. From Farmville to Words with Friends, gaming abounds online and it gets more social by the day. Anyone with an iPhone who tells you they haven’t played Angry Birds is probably lying.

The ubiquity of Facebook and its imitators turns even the shyest introvert into a raging people person online. Facebook boasts near one billion members. It took 3 years, 2 months and 1 day for Twitter to reach 1 billion tweets. Now they see about a billion tweets a week.   Then there’s the phenomenon known as Youtube. The media sharing site exceeds 2 billion visits a day with 24 hours of new video uploaded every minute. On we could go with Flickr and Foursquare and Digg and on. Social media sites like these turn the internet into an infinite reunion of friends, families and fans of the famous.  Michael Jackson logged 32,157,458 fans on his Facebook fan page as of April 2011, ranking  him at #6 of the most popular pages on the social site. Keep in mind that he’s dead. And to all you social butterflys out there  considering a Facebook friend invite from an old ex, just say no.

At least a few times a week we all play the part of the online humming bird. Online humming birds drill down in search of specific content through the use of search engines like Google, or news sites like the Huffington Post or encyclopedia sites like Wikipedia, to name a few. These user-researchers prefer the media to the social. They want information and they want it quick. It explains why Google’s search engine is able to search literally billions of webpages for specific content in just under half a second. Here’s an interesting stat: Last year players of Angry Birds logged in an astounding 2.4 billion hours of play time. The time invested in creating Wikipedia was less than 100 million hours.

From Netflix to NPR and from Hulu to Youtube channels and a hundred spots in between, the online world explodes with entertainment options. Most of us have experienced the phenomenon whereby we view the Youtube film we searched for only to find ourselves still in front of the screen 30 minutes later watching our 9thutterly ridiculous, completely unrelated video with 99,000,000 other suckers.

Sadly, the world of social media has a dark side. 420,000,000 pages on the internet feature pornography. This fuels and is fueled by the international sex trade, which diabolically enslaves the most vulnerable people on Earth, women and children. Recent statistics report that 53% of men who have attended a Promise Keeper Conference view pornography in any given week.

In any given hour of any given day, chances are that any one of us engages the internet through several of the ways listed above. So what’s the issue? The issue isn’t the internet or social media in and of themselves. The question is how our use of the internet and social media forms us as persons and shapes our work in the world. 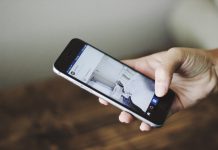 The Virtue of Digital Distancing, Especially in Times of Crisis 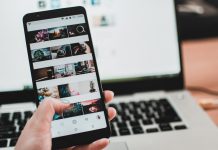 Students Are Connected and More Alone Than Ever 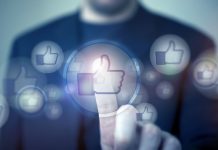 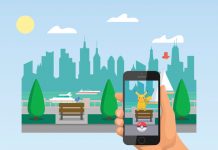 Of Lions and Lambs: Putting Down Animals is Not the Best Way to Counter Today’s Misplaced Priorities