The Confession and the Cross (Dissatisfied Part 3) - Seedbed
close
Menu 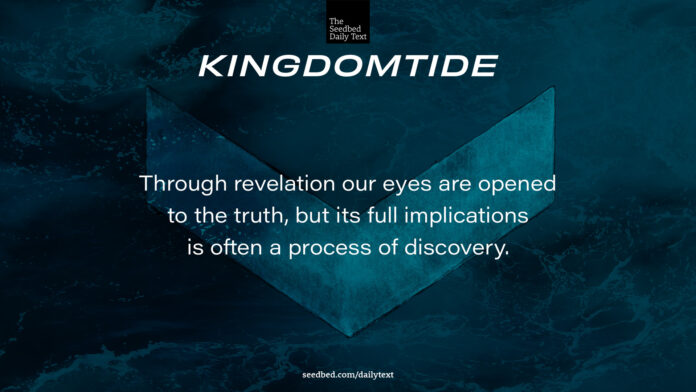 When Jesus came to the region of Caesarea Philippi, he asked his disciples, “Who do people say the Son of Man is?”

They replied, “Some say John the Baptist; others say Elijah; and still others, Jeremiah or one of the prophets.”

Simon Peter answered, “You are the Messiah, the Son of the living God.”

This is a turning point in the gospel of Matthew. It changes the trajectory of the rest of the book. In two parts we see the beginnings of awakening, as once-closed eyes slowly start to flicker open. But sleepy eyes don’t automatically adjust to the light.

First, we have the confession. Against the backdrop of Caesarea Philippi, Jesus asks his disciples, “Who do you say I am?” The setting is important because it is home to a massive rock face that housed a collection of shrines to competing gods and religious allegiance. Piercing through these crowded claims to the throne, Peter says, “You are the Messiah, the Son of the living God.” For a moment, he sees clearly and articulates this foundational confession upon which the church will be constructed.

Second, we see the cross. Peter sees that Jesus is the Christ, but he can’t yet see that means a cross. So his confession turns into a rebuke and protest because the cross is disorienting and reorders the way we see power. Peter was satisfied by his confession, but disgruntled by its meaning. He assumed the Messiah would be a military leader overthrowing the oppressive Roman Empire, not dying at its hands like an insurgent enemy of the state. He could not grasp the incongruity between his concept of power and this counter way of Jesus. The gap between empire and kingdom created a dissonance he could not harmonize.

How often have we experienced the same? Through revelation our eyes are opened to the truth. But we cannot yet grasp the implications. We are waking up. But our eyes have not yet adjusted to the light.

Jesus, we confess that you are the Christ. And we know that means a cross. Help us to see clearly enough to trust you in the journey, even if it is disorienting for us. Amen.

Who is Jesus to you? In what ways are your eyes still adjusting to the light of that revelation?

For the Awakening,
Matt LeRoy