The Dark Side of Christmas - Seedbed
close
Menu 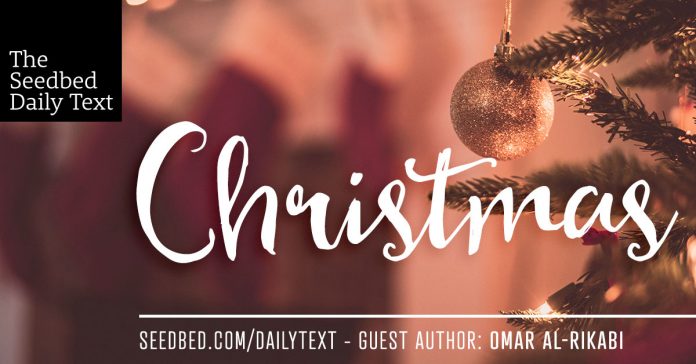 16 Herod was furious when he realized that the wise men had outwitted him. He sent soldiers to kill all the boys in and around Bethlehem who were two years old and under, based on the wise men’s report of the star’s first appearance. 17 Herod’s brutal action fulfilled what God had spoken through the prophet Jeremiah:

18 “A cry was heard in Ramah—
weeping and great mourning.
Rachel weeps for her children,
refusing to be comforted,
for they are dead.”

Recently a friend asked me if I could justify that God’s plan for Jesus to be born involved the murder of innocent children.

It’s a fair question, especially since we don’t really talk about this part of the story during the holidays. Our manger scenes have donkeys and a star and wise men, but no dead innocents. But there is a dark side to the Christmas story, and we have to look at it.

Herod was a terrible, Jabba the Hut sort of man. He was afraid another king would take his place, so in jealousy and fear he ordered the killing of children. But was murdering babies God’s plan so the baby Jesus could bring us hope?

I’m going with no. God didn’t ordain murder so Jesus could be born. Jesus was born because murder exists. Herod comes from the same place where all the evil and death we face comes from: The curse on humanity after Adam and Eve believed Satan’s lie.

He lied because he’s been after Jesus since the beginning, and humanity is the enemy’s collateral damage. The real war is not on Christmas, it is on Christ. He is the one who created all this and sustains all this, so he is the one the enemy has always been after.

So what is the Christmas hope in all this darkness? I’ll let C.S. Lewis have the last word today from Mere Christianity:

Christianity [believes] that this universe is at war. But it does not think this is a war between independent powers. It thinks it is a civil war, a rebellion, and that we are living in a part of the universe occupied by the rebel.

Enemy-occupied territory—that is what this world is. Christianity is the story of how the rightful king has landed, you might say landed in disguise, and is calling us all to take part in a great campaign of sabotage.

© Seedbed 2021
The Dark Side of Christmas
MORE STORIES