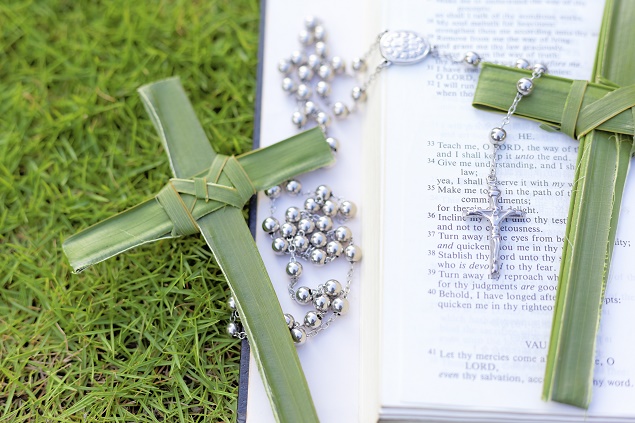 Days like Palm Sunday are particularly difficult for the preacher. It’s not because there is nothing to say. It is because there is nothing to say you don’t already know. You heard the Gospel reading. Jesus’ Triumphal Entry into Jerusalem is about as straightforward as a reading can get. It needs no special interpretation. The last thing you need me to do is to stand up and wax eloquent for 12 to 15 minutes (and not a second longer!) on the meaning of Palm Sunday. Yet, Palm Sunday is here again. The difficulty still looms over the preacher. I find myself wanting to give the congregation something that will make them say, “Huh. I never thought about that before!” But, I am reminded the task of preaching is not to reveal something new. Many times it is to remind the congregation of something true. Certainly, Palm Sunday reminds us of something true, something of which we need to be reminded at least once per year.

We sing it as an act of praise. We sing it with exuberance. We sing it with celebration. But I still remember something I once heard a minister say: “One person’s act of praise may be another person’s act of desperation.” What may come easy for one person may be very difficult for another. Even though we sometimes sing it joyfully, Hosanna is not the happiest of words. It is a Hebrew word meaning, “Save, now!” It is a prayer of desperation, a cry for help. Have you ever cried out a desperate Hosanna? Have you ever found it difficult to praise God? Have you ever forced yourself to come into God’s presence with thanksgiving and into his courts with praise when it was the last thing you felt like doing?

I was in that situation not long ago. I was in a worship setting, and I must confess that from where I was sitting, there was a person in clear sight, toward whom I harbor feelings of deep hatred. Growing up, I was always taught that I was not permitted to hate anyone. The person I hold bitterness toward claims to be a Christian. This person claims to serve the Lord. Nevertheless, seeing this person sitting there put me in a less-than-worshipful mood. If only the person were not there, then maybe my thoughts and my prayers would be a little more holy. But right there, the object of my scorn sat.

When we stood to sing one of my favorite hymns, I found it incredibly difficult to sing. “Join hands, disciples of the faith, whate’er your race may be. Who serves my Father as his child is surely kin to me.” These words are true, no matter how I feel or what I want. I sang the words anyway. It was not easy to praise God. I had to cry a desperate Hosanna. Lord, save now! Save me from myself! Deliver me from my feelings of bitterness, resentment, and hatred. Rescue me from what keeps my heart from joyfully praising you.

I wonder about the people who flanked the sidewalks of Main Street, Jerusalem on that day. What brought them there? Were they filled with excitement and celebration? For some, that may be the case, but I wonder how many were filled with desperation. Maybe the crowds really didn’t feel like lining along the streets to watch this one-person parade. Given the political climate, they may have even feared doing so. But, they lined the street anyway. Maybe they knew that no matter how they felt or what they wanted, Jesus comes to bring something true—something better than the nightmare in which they lived.

They may have had their reservations about flooding the neighborhood that day, but one thing is for sure: they wanted Rome out of their neighborhoods even more strongly. Overthrow the Romans if you will. Take down Caesar if you can. Many of the people were convinced Jesus came to revolutionize Israel into a new earthly kingdom. They expected the Roman kingdom to be wiped out; the Kingdom of God would be ushered in. It’s a win-win! Whatever it takes, they want the Romans out of there. They are desperate.

But, when Jesus does not meet their expectations, their desperate cries of Hosanna turn into furious cries of “Crucify him!”

Yet, in the irony that is his crucifixion, Jesus still answers their prayer: “Lord, save now!” He draws the whole world to himself. By his suffering and death, Jesus becomes the author of eternal salvation for all who put their trust in him (see Book of Common Prayer, 346). Jesus still brings about a more perfect and complete salvation and inaugurates the true Kingdom of God even when humanity sinks to its greatest evil.

I also wonder who might be flanking the streets of our lives. Who among us may be crying out to Jesus with a desperate Hosanna? Who might the Holy Spirit be nudging us to see? They could be…

The parents standing over the fresh grave of their teenage son, fallen victim in an act of gun violence
Lord, save now!

The single parent lying awake at night having worked three minimum wage jobs and still worrying over how the rent is going to be paid
Lord, save now!

The group of African-American high school students meeting at the local restaurant after football practice only to discover the waiter has put a racial slur instead of their table number atop their check
Lord, save now!

Even those who may want to destroy Christ along with everyone who follows Him
Lord, save now!

Holy Spirit still calls us, just as at our baptism: “Proclaim by word and example the Good News of God in Christ. Seek and serve Christ in all persons, loving your neighbor as your self. Strive for justice and peace and respect the dignity of every human being.” If you are reading this, and your sweet Hosannas are ringing from a place of exuberance and celebration, then indeed, praise God for it! But, if your Hosannas come from a place of desperation, then take heart! The Lord hears your prayer and does not forget you. For all of us, no matter where we are on our faith journeys on this Palm Sunday, Jesus Christ is hearing our Hosannas and is saving us.

Keith Turner is pursuing ordination in the Lexington Diocese of The Episcopal Church.