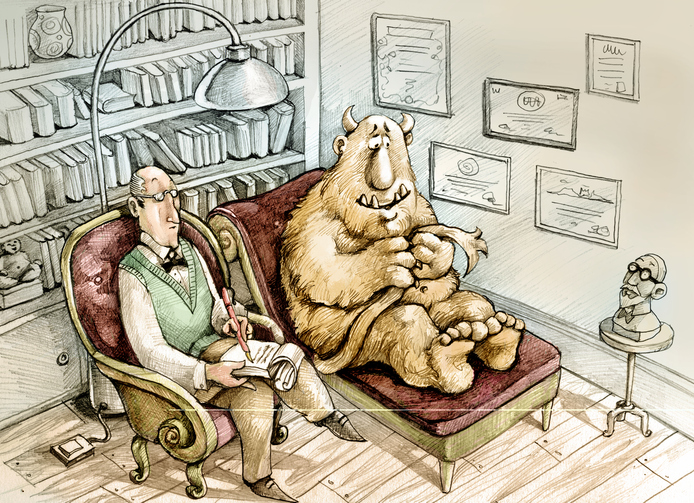 Sigmund Freud was an Austrian Neurologist born in the mid-19th century who pioneered a form of counseling called psychoanalysis to treat patients suffering from neuroses. Freud was fascinated by the unconscious mind and how it affected the behavior of his patients. Through a controlled dialogue, he sought to help patients overcome their neuroses by working through unresolved stages of development in his patients’ lives. For example, a person’s current feelings of inadequacy could be linked to a cold, distant parent. The therapist then helps the person process through repressed feelings from childhood in order to have a better sense of self worth. 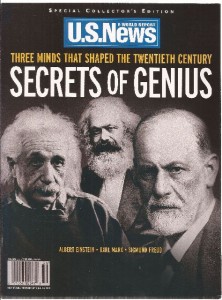 Yet the Church has not always been so welcoming to Freud and his ideas, and not without good reason. Freud believed that, at their core, humans were primarily motivated by an intense drive for sexual pleasure which could only be partially reigned in by the will. The will’s job was to hold off on this intense sexual drive just enough until it could finally be satisfied in some way. There was no stopping this desire but only holding it back for a short time. Stephen Mitchell, a well-known psychoanalyst, writes, “Freud established sexuality as a realm of unfettered pleasure, free from the tyranny of the object and social necessities, a ‘nature preserve,’ like a zoo in the middle of an urban setting.” [1]

Christians have publicly critiqued Freud’s views on this deterministic nature of sexuality. We often hear Freud’s name used critically in conversations about the over-sexualization of our culture.  Yet, within the Church, I wonder if some of our views on sexuality bear far more of a resemblance to Freud’s than we would like to believe.

Many evangelical churches teach these rules about sex: don’t have sex outside of marriage, don’t divorce, and don’t lust. Their sexual theology starts and ends with these three “don’ts,” leaving listeners to fill in the blanks. Thus, while never explicitly stating it in this way, churches often leave congregants with the following picture of sexuality.

The typical heterosexual man [2] in the Church is supposed to feel no sexual feelings for any woman. Somehow, he is drawn to a woman he begins to date. He is to date her with no (or very little) physical contact. He is to marry her, and on their wedding day, only then, is he to turn on his sexual desires like some switch. He is suddenly permitted to engage in a sexual free-for-all just as long as he has no sexual thoughts about another woman until he dies (or his wife does).

Any sexual thought or desire outside of that model is seen as sin. Many believe then that the goal is repression of any sexual thought until they enter into the marriage covenant, at which point, pleasures abound! Sexual desire and attraction are not seen then as healthy and good things that God created us with that must be ordered, but rather, some part of the flesh that we must fear, draw a fence around, and legalistically restrict until we can overindulge in marriage.

While we are hesitant to admit it, we believe sexuality is evil, part of the flesh. It is the only place where God’s grace cannot touch, and it can only be managed through legalistic boundaries. Thus, our ethics center on commands, “Don’t have pre-marital sex,” and “Don’t commit adultery,” and not inward transformation of the heart. Ultimately, we behave as if sexuality is the only part of the human condition that cannot be sanctified.

Perhaps a simpler way to put it — ultimately, we believe that sexual desire is determined, something that is only reigned in by the will until it can be finally satisfied in some socially appropriate way. (Sound familiar?)

And this is not good Wesleyan theology.

Part of the beauty of the Wesleyan tradition, is that once justified and born again, we are freed from sin. This is “not simply freedom from the power of sin, but also freedom to love God and neighbor.” [3] Sanctification is not the removal of desire but rather the reorientation of it. Sexual desire at its core is not a seeking of pleasure but a desire for a person — a desire to love and to be loved. [4] Thus, sexual desire reminds of us of our deep yearning for human connection. It is that “precious clue that ever tugs at the heart, reminding the human soul — however dimly — of its created source. ” [5]

Sexuality, then, is a good gift from the Lord and one that (now that we are justified and born again) can be ordered to holy love of God and neighbor. That means for those people to which we find ourselves attracted, we practice chastity and charity. If we are married to them, then we honor their personhood by refusing to treat them as a means solely for our self-satisfaction. [6] If we are not married to them, we do not run from them nor live in fear of our desires. We deepen our friendship with them chastely ordering our passions toward their ultimate good and constantly searching our own hearts to reorder our thoughts and desires.

If this sounds difficult, it’s because it is. However, where Freud claims that desire for sexual pleasure is an unavoidable, determined drive, Jesus, through his death and resurrection, grants us freedom and power to live the virtuous life that he did ordering our sexual desires to holy love. We are not bound by a unstoppable sinful drive for sexual pleasure, but rather, as we press on to perfection, we can allow the Holy Spirit to sanctify every part of us, even our sexuality.

[1] Mitchell, S. A. (1988). Relational concepts in psychoanalysis: An integration. Cambridge, MA: Harvard University Press. Pg. 121
[2] If you’re a heterosexual woman, you’re not supposed to have any sexual thoughts and simply be at the beck and call of the man who desires you.
[3] Collins, K. J. (2007). The theology of John Wesley: Holy love and the shape of grace. Nashville, TN: Abingdon Press. Pg. 226
[4] For more information on this, check out Roger Scruton’s book, Sexual Desire.
[5] Coakley, S. (2013). God, sexuality, and the self: An essay ‘on the Trinity’. Cambridge, England: Cambridge University Press.
[6] For more information on lust within marriage, check out Colleen McCluskey’s essay, “Lust and Chastity” in Timpe, K. and Boyd, C. A. (2016). Virtues and their vices. Oxford, England: Oxford University Press.