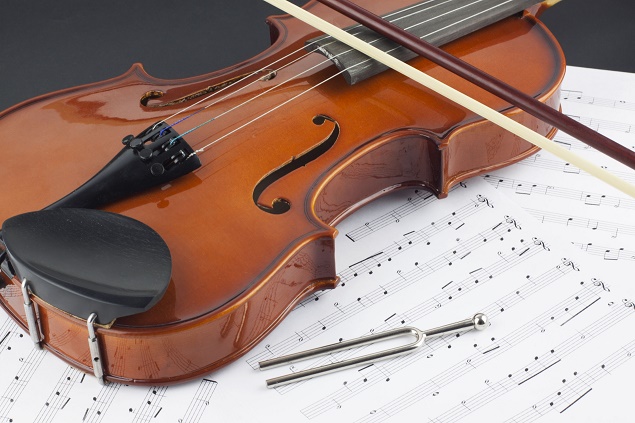 What enduring processes do we have in place that critically inform and purposefully expand approaches toward creative discipleship in the church?

The Judeo-Christian spiritual mythological tradition establishes a clear precedent for a creative community of crafts persons focused on the task of building the church for mission. In Exodus, Bezalel (simply translated, “in the shadow of God”) and his band of creatives were called to build the tabernacle. They were appointed to develop meaningful contexts and experiences for people to meet the Living God. Likewise, in the New Testament, therefore, creatives are called to use their gifts to build the church for mission through the various offices of the church. What this means is that we in church leadership don’t merely fill a slot for the creative arts in worship services. Rather, as we steward the creativity of God in the church, we recruit, empower, and send creatives out to fulfill their prophetic and priestly roles in the shadow of the Cross. Traditional liturgical venues are only one context among many for the working out of creative calling, identity, gifts, vocation, and mission in Christ.

“You must be Brahmin!” he exclaimed. The words were intended as a compliment in response to a piece of music that I had composed. At the time I had little to say, except to respond with a gracious thank you. My Brahmin colleague who played on the piece of music that I had composed and recorded was himself an excellent mridangam (South Indian percussion instrument) player. His musical prowess painted a compelling picture of dedication, perseverance, and excellence. For him, this wasn’t just another gig; it was a lifestyle.

The idea of drawing a parallel between creative ability and caste identity is certainly pause for reflection. What is interesting however is the innate understanding between musical performativity and religious sensibility. Mohan’s identity as a mridangam player was evidenced by his musical passion and dexterity. He also exhibited a robust sense of duty and divine calling with roots in a historical and vibrant religious and cultural musical heritage.

For many musicians in India, especially those in the classical order, music is divine primarily because of the understanding of sound and its place in relation to divinity. Ravi Shankar, the great sitar maestro, also popularly known for his work with George Harrison from the Beatles, based his life and approach to musical performance on the vedic (i.e., pertaining to the Vedas, ancient Hindu scriptures) understanding that sound is God. In such a context musicianship therefore is primarily a spiritual discipline that makes possible participation in the divine nature of God. Further, according to the Natya Shastra, an ancient treatise on music, the traditional concept of music incorporated more than sound. It included dance and drama.

Given the divine calling of a musician in the vedic Hindu context, we begin to more fully appreciate where Mohan is coming from in his approach to music. In the light of his philosophy, musical performance is never a solitary process or mere entertainment but an act of devotion in the context of a historical community of performance. Performativity therefore flows out of a lifestyle dedicated to worshipping God and creating intense spiritual contexts and experiences for others to share in the musical activity of God.

Traditionally, following a guru-shishya or teacher-student community relational pattern of learning, classical musicians are discipled into a particular musical tradition and culture of performance referred to as a gharana. The term refers to the extended family of a guru that includes disciples as part of a household of musical learning and developing proficiency in the unique style and way of life emulating the guru’s culture.

Given the divine nature of musical performativity for Vedic Hinduism, it is only natural that one called to perform music in such a context be intentionally discipled into the appropriate way of life to excel at such a task. For Mohan and others like him, it is only through sadhana or years of discipleship through rigorous practice and discipline, tutelage under a guru, and service with peers that they are then empowered to put the very breath of life (prana) into a piece of music.[1]

As a pastor of worship in a traditional protestant evangelical church, I must confess that I did not possess the spiritual or theological bandwidth to conceptualize God in terms of sound. But the reality of musical performativity as a collective way of sharing in the divine nature of God with others (discipleship) calls for further reflection. Apart from the construction of a sonic theology for participation in the nature of the Triune God [Maybe the idea is not so much that sound is a god, but that sound exists in the scope of who God is and it is ritual that helps to clarify the personal nature of such Sound – further study], the gharana concept holds promise as a tangible pathway for creative discipleship. It goes well beyond preparation for and evaluation of weekend worship performances to doing life together in community focused on bringing out the creative best in its members. Here, creative expression is an extension and overflow of creative community in Christ with and for others.

The Bible records Bezalel as the first person to be filled with the Holy Spirit. When God chose to dwell among humankind God calls Bezalel and his band of fellow craftsmen to construct God’s earthly dwelling. They are anointed specifically with the Spirit of wisdom, understanding, knowledge, and work to accomplish their mission.

Bezalel and his band of brothers in a way foreshadow the work of the Master Craftsperson in Jesus Christ in building the church. If in the OT Bezalel et al were called and commissioned to build the tabernacle, in the NT the task entrusted to us – creatives worldwide in the capacities of apostle, prophet, evangelist, shepherd, and teacher (see Ephesians 4:11-13) – is to build-up the church for mission in order to bring people to the maturity of Jesus Christ.

For creatives, the point here is that when we sign up to use our gifts “in church” it is not merely to sing, or to play an instrument, or dance, or write etc. Rather, we sign up to build the church with Jesus Christ as the Chief Creative, to be discipled into his likeness and activity. This is the larger context for the responsibility that we have as worship leaders and singers etc. Like Bezalel and Oholiab and others through history, we are to embrace our prophetic performative identity to bridge heaven and earth through a life of sacrifice and servanthood as per the likeness of Jesus Christ and to join Him as He builds His Church.

A call to covenant creativity community for mission

To help reimagine our creative task as devotional lifestyle, the following Order of Bezalel covenant is offered as a way to invite you to set apart some space and time to reconsider your creative calling – the One who called you. Remember, your creativity is not merely icing on the cake but a core substance of who you are in the image of the Creator. Make no mistake, God has called you and has equipped you with power from on High to fulfill your divine calling to build the church in your capacities as proclaimers of the Word — worship leader, singer, instrumentalist, dancers, and preachers. Certainly, creativity is more than what is typically associated with the creative arts. It includes non-traditional forms as well such as cooking and accounting. The following covenant is an invitation for all who choose to live out their creativity in covenant relationship with the Creator God and His mission for the world: The Order of Bezalel, A Covenant Declaration

The Order of Bezalel is a movement that invites creatives everywhere to a deeper understanding of what it means to be truly creative and to a more robust application their creative calling, identity, gifts, and vocation for mission amid the diversity of their contexts for the building up of the body of Christ for mission.

Take the pledge and join the movement! (For now, use our FB page to sign up, connect, and share your passion)