The Sad Truth Behind So Many Rich People - Seedbed
close
Menu 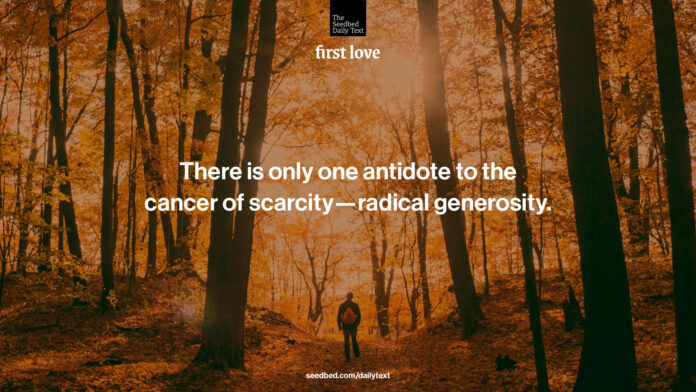 I rejoiced greatly in the Lord that at last you renewed your concern for me. Indeed, you were concerned, but you had no opportunity to show it. I am not saying this because I am in need, for I have learned to be content whatever the circumstances. I know what it is to be in need, and I know what it is to have plenty. I have learned the secret of being content in any and every situation, whether well fed or hungry, whether living in plenty or in want.

There are two sets of values that live on two separate planes—one visible and the other invisible. On the visible plane we have wealth and poverty. On the invisible plane there is abundance and scarcity. A person can be financially wealthy yet be possessed by scarcity to such a degree that they might as well be in poverty. In other words, there are many rich people in the world (on the outside) who live like poor people (on the inside). To the contrary, there are many poor people in the world (on the outside) who live from an incredible place of abundance (on the inside). Wealth and poverty are the external, visible circumstances while scarcity and abundance are the internal, invisible realities. Paul gets this and gets at it in today’s text.

There is only one antidote to the cancer of scarcity: radical generosity. People of scarcity get richer and richer on the outside and more and more impoverished on the inside. It’s why Jesus said it was so hard for a rich person to enter the kingdom of God (Matt. 19:23-24). This is why Jesus instructed the rich young ruler to sell everything he had and give the money to the poor and come and follow him (Matt. 19:21). He knew the rich man’s money had him. This is the sad and painful truth behind so many rich people. They aren’t rich at all.

There’s nothing so disheartening than to ask someone of great means for help and to be turned away. On the other hand, there’s nothing quite so gratifying when someone who seemingly lacks the capacity to help you does so in a surprising way. This explains Paul’s exuberant gratitude for the Philippians. Of all the churches he served, only the Philippians came through and helped him. Something tells me they were the least likely.

Abundance has nothing to do with how much or how little we have. We will get to the secret of this way of life tomorrow.

Abba Father, we thank you for your Son, Jesus, who is pure abundance wrapped in a cloak of scarcity. Thank you for the way he shows us how to find his abundance in the most unlikely places, even in the least of these. Fill us with the generosity of the Holy Spirit that we might give as you give. We pray in Jesus’ name, amen.