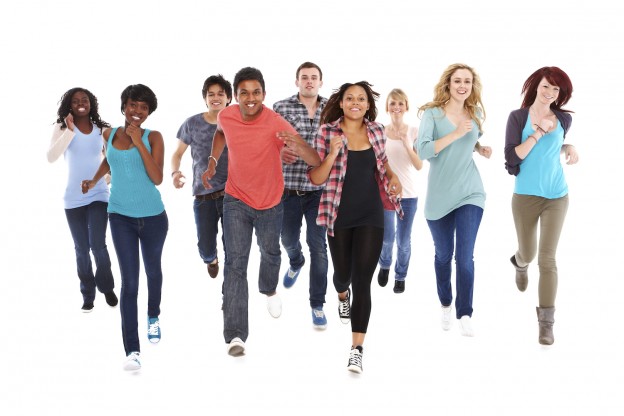 Millennials – that is, those who fall in the span of being born between early 1980s and 1990s – generally prefer a smaller church setting, according to research. In fact, it seems that those in Generation Y (aka millennials) who would choose a church, would likely choose one that is 200 people or less. And according to Barna research, as of 2016, 83% of church goers attended congregations that were 500 or less people and more than half of those attend a church with less than 100 people.

Interestingly, while most generations have tended to grow in their dislike of religion, and millennials haven’t fallen far from the tree, Gen. Y has grown less in its dislike than their predecessors. Instead of growing by 2-3% from previous generations in their dislike of being affiliated with the religion, Millennials have grown only 1% from the previous generation. This may be because, while Millennials may not like organized religion, they may like to be affiliated with a group.

In other words, while Gen. X seemed to thrive in the mega church – which was about as organized as any religion could be without always being affiliated with religion or a denomination, Gen. Y seems the opposite. Millennials seem to be steering away from organization but toward affiliation. Millennials may be searching for connectedness. It seems Generation Y has an affinity for family. In fact, according to a recent Time article, the divorce rate has been dropping significantly as millennials build married lives, showing that connectedness may be something of value.

In a study by the Barna Group in 2013, it was discovered that most millennials would prefer a church with a smaller, more intimate looking space. The Mega-church and theater church were rated the lowest. The same survey went on ask millennials the words which describe the ideal church. The most popular were community, classic, casual, sanctuary, quiet, and modern as opposed to private, trendy, dignified, auditorium, loud, traditional. The loud auditorium got the fewest votes.

Additionally, community was valued above privacy.  Gone are the days where most people wish for anonymity at church.  A place to disappear is not on the menu for young churched or unchurched people.  Since it seems attention to technology, which is generally impersonal (snapchat can’t hug you) is one of the great drivers of Gen. Y toward deeper connections and community, it seems the following generations may join suit. Of all the words mentioned in the Barna survey, community held the greatest numerical clout, at 78% (compared to between 60-77% for other words).

However, do not be fooled. To a Millennial, a small, classic, quiet, and casual atmosphere does not preclude a modern one. While the Millennial may shy away from pop or trendy culture, they will not shy away from technology and modern convenience. Additionally, one of the main reasons young people give for not attending church is its irrelevance. While they may not be looking for a place that looks plastic and polished, they do seem to be looking for something that will relate to their lives.

In other words, millennials are looking for family.

They want a community that is relevant, relational, and transparent. They want small. The small church, then, begins to strike at the heart of the future.

Ed note: this is part 1 of a 2 part series discussing the value of small churches. Part 2 will be published on Tuesday.