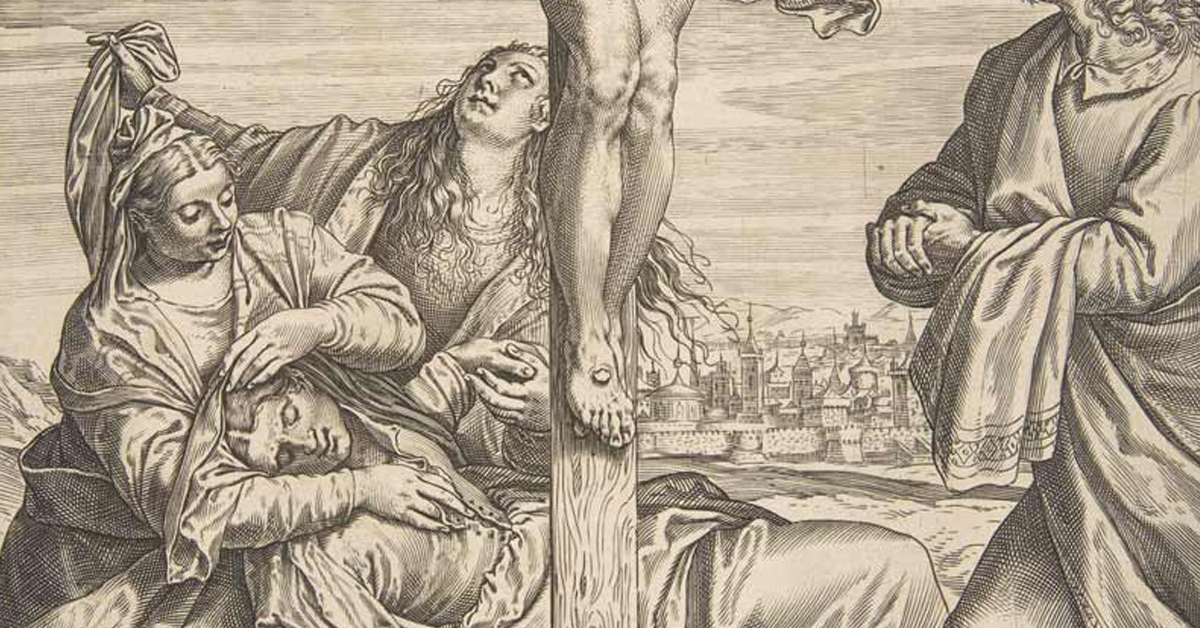 “Some women were watching from a distance, including Mary Magdalene and Mary the mother of James and Joses, and Salome. When Jesus was in Galilee, these women had followed and supported him, along with many other women who had come to Jerusalem with him.” (Mark 15:40-41)

We know from all four gospel writers that a number of women were present at the crucifixion and death of Jesus, and that some of those women were also at the burial and the empty tomb.

Who are these women followers and what can we learn from their example of discipleship?

Matthew and Mark note that there were “many women” watching in the crowd that day, and all of the gospel writers mention a few women specifically, presumably those who would have been known to their readers.

Mark also names Mary Magdalene and Mary the mother of James and Joses, and then adds Salome (15:40-44).

Some scholars believe there may be some overlap in the lists. But even taking that into account, the fact that 6-8 women are singled out of the “many women” mentioned in the text is telling. For many of us, this radically changes our vision for who was present that final week of Jesus’ life.

They Were Disciples with a Capital “D”

These were women who had followed Jesus from Galilee. We first read about them in Luke 8:1-3, where two distinct groups of followers are mentioned, the Twelve and “certain women”.

“After this, Jesus traveled about from one town and village to another, proclaiming the good news of the kingdom of God. The Twelve were with him, as well as some women who had been cured of evil spirits and diseases: Mary (called Magdalene) from whom seven demons had come out; Joanna the wife of Chuza, the manager of Herod’s household; Susanna; and many others1. These women were helping to support them out of their own means.”

It becomes obvious when we read the gospels that these verses are not referring to a one-time event, but describing what is true from this point forward (see Gospel Women: Studies of the Named Women in the Gospels by Richard Bauckham). From this point on, we need to remember that Jesus is preaching and teaching with a wider group than just the Twelve, a group that included women.

These women were not just supporting cast members. When the Twelve are called we read that “they left everything and followed Jesus” (Luke 5:11). This concept of “following” is often used to describe discipleship in the gospels, and we find it also used here in reference to the women (see The Gospel of Mark: A Commentary by Francis J. Moloney).

Just like the men, the women are “with” Jesus and have given up everything to follow, including the safety and security of their homes, relationships, and reputations. They are also providing for the ministry financially.

We can imagine that when the disciples headed to Jerusalem that fateful week, their expectations were quite different from what they experienced when they got there, regardless of gender.

Things escalate quickly once Jesus is arrested, and we see the disciples respond in three ways. Some of them run (including Peter), some watch from a distance, and some stand near the cross.

While the male disciples are conspicuously absent from this point in the story on, Matthew, Mark, and Luke tell us that many of the women are still present. And John places four of them “near the cross” along with “the disciple Jesus loved” (John 19:25). This smaller group is close enough to have a private conversation with Jesus, which reveals that their nearness is not only positional, but also emotional.

I used to give the male disciples a pass for not having the courage to stand near that day, thinking that the risk might have been greater for them than for the women. But historical accounts tell us that the Romans had no qualms about crucifying women in that era.

Many of the details we have about the death, burial, and resurrection are recorded because these women had the courage to stay near the cross; and after that, to stay near the tomb, even when it seemed that all was lost.

The Lenten season offers us the opportunity to evaluate our own positional closeness to Jesus and to count the cost of discipleship.