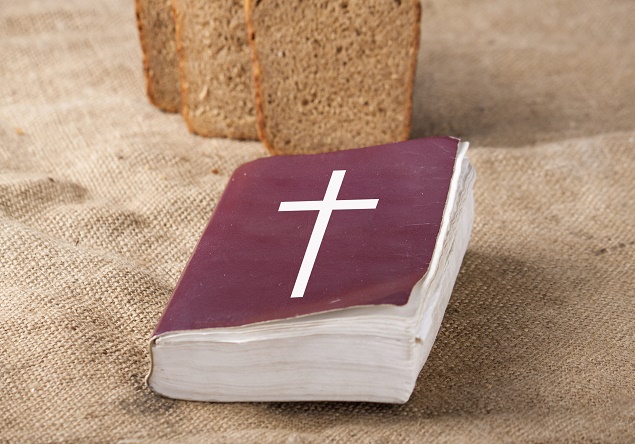 When Anglicans gather for worship throughout the world, they often carry a little book with them that guides their prayers: the Book of Common Prayer. This book has had incredible influence on the world, ranging from Anglicans who use it each day for prayer to non-Christians who unknowingly use its language for marriage vows and funeral rites. What is behind this book though? A little under five hundred years ago, a man named Thomas Cranmer set out to construct a book that would enable the English people to pray. And while this book was published centuries ago, the principles that drove Cranmer to construct the prayer book have much to offer us today. Three main ideas pushed Cranmer in his creation of the Book of Common Prayer and continue to propel us in worship today: holistic liturgy, contextual worship, and unity in prayer.

When Thomas Cranmer drew together the Book of Common Prayer, he emphasized a unique idea of holistic worship. Worship was not something that was restricted to Sunday mornings; it encompassed almost every aspect of life. Liturgy made certain moments in life holy, from baptism at birth, to weddings, to funerals that helped families grieve. On a daily level, Cranmer followed a simple monastic pattern of morning and evening prayer. Basic prayers established a rhythm of worship for each day, pointing people back to their creator before and after they went about their own creative work in the world. Weekly worship with the Eucharist drew its strength from this daily worship, as those who were united together in prayer during the week now gathered together for communion at its beginning. Weekly worship then fit into an even larger pattern of the Church year, which told the story of Jesus through liturgical seasons and Holy Days. Time was ordered in such a way that all of life was oriented to the clock of the Triune God. When we look at worship and liturgy today, we are often so busy that we compartmentalize worship into particular categories that can fit into their schedules. Worship becomes something that is done in a Sunday morning worship service or a Wednesday night Bible study. What would it look like for us to embody a holistic pattern of worship that included every aspect of life?

Along with the holistic nature of his worship, Cranmer was also very familiar with the importance of knowing the context he was worshiping in. Prior to the publication of the Book of Common Prayer, English churches used Latin as the primary language in worship. While most people think about problems of not having a Bible in the language of the people, imagine an entire church service in a language that only elite and trained academics could understand! For Cranmer, this was unacceptable. To solve this problem, Cranmer committed to creating a simple prayer book that each English Christian could understand. Prayers were written in the language of the common people. Cranmer recognized that context mattered and people needed a prayer book that matched their context. As we seek to live out the gospel in the 21st century, Cranmer’s vision of contextual worship is needed now more than ever. What does it mean for us to worship in the language of the people? What is our common prayer today?

Finally, Cranmer emphasized the importance of unity in prayer. During the medieval period in England, several churches created different liturgies that were used in their churches. When Cranmer constructed the Book of Common Prayer though, he took these different liturgies and synthesized them into one liturgy. While this may sound odd to Christians who are used to many denominations with very different worship practices, Cranmer’s strategy of having one English liturgy had a beautiful idea behind it. Much like the prayer book being in the language of the people, this new liturgy was simple and clear. Beyond this though, there was a beauty to the thought that while the people of England may be in different places throughout the nation, they were still saying the same words in their prayers. There was a tangible unity in prayer. While this absolute unity is unachievable today because of the diversity of language and culture throughout the world, what would it mean for our prayers to be unified in a way like Cranmer’s vision? How can a diverse church pray together in a way that resembles a church united?

Although Cranmer constructed the Book of Common Prayer centuries ago, the ideas behind this work continue to be vital to worship today. Whether someone is Anglican or not, these ideas of holistic liturgy, contextual worship, and unity in prayer are principles that the entire Christian tradition can use and embody. Far from relics of the past, these concepts have the potential to empower the church today and for many years to come.