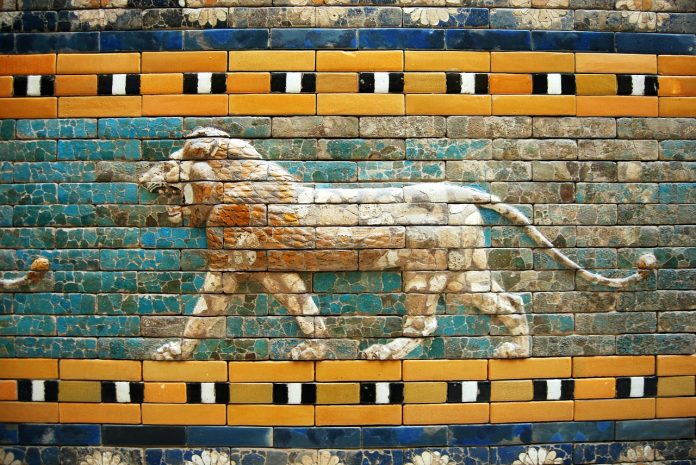 In the year 605 BCE, the prophet Daniel’s life changed. It changed before he even knew it. Assyria and Egypt had been crumbling as allied superpowers over the previous decade and the Babylonians were on the rise. The change came to an undeniable head in 605 with the battle of Carchemish. Daniel might not have known what was going on in the last decade, or even in the last year, but when Nebuchadnezzar sieged Jerusalem and carried him off along with any other potential young upstarts to Babylon (Daniel 1:1-5), Daniel could not deny it. There was suddenly a new name, new food, new drink, new books, a new language, new education systems, and new teachers, all in a new land.

In the year 2001, the world changed. Actually, it was changing before that, but change came in a way the global west could not deny on September 11. The change was underlined in 2007 with the credit crunch. In 2001 and 2007 the world changed as dramatically for us as it did for Daniel. Whereas the West was once a beacon of Christian thought and faith, it is so no longer. While we haven’t been displaced, Western Christians are living in a kind of Babylon. Thank God being in a new culture, with new music, new media, and new ideas is not new to the Christian faith. Daniel was able to engage civilly in exile. I think we can, too. Here are four suggestions for engaging while in exile.

So what to do rather than debate? Re-frame what we are doing when we challenge, critique, or consider another person’s thought—because all of these must be done. Here is one alternative: Rather than debating, converse by asking genuine questions. Have you ever noticed how an opinion that seemed so rational in your mind fell apart when you had to express it? I am much more likely to change my mind when my ideas are heard and I can see they are faulty than when I am directly challenged. In that case, I am likely to find evidence to confirm my faulty opinion. Genuine questions may reveal undesirable, eventual consequences of popular thinking, while showing genuine interest in the other person. We engage in Babylon by conversing with genuine interest with the other person.

2. Discover a person’s style of reasoning.

Reasoning is a process used to form conclusions. Not all reasoning is the same. The process that people use to form conclusions might be logical, by which I mean that foundational beliefs are formed in light of evidence or by necessity and further beliefs are established by connecting other foundational beliefs together. For example, I might conclude that I should eat because I haven’t eaten in 8 hours and that people need to eat on a regular basis to thrive.

On the other hand, the process may also be non-rational—having little to do with evidence or logic, and instead to do with emotions. Many times non-rational reasons are connected with relationships, money, health, and others. Let me give an example. I was recently conversing about the issue of euthanasia, couching it as a wider concern impacting whole communities and our approach to being human. My friend, favorable to euthanasia, held their opinion, in part, because a well-respected doctor supported it and is known to be compassionate. This is not logical reasoning; it is non-rational reasoning—and very powerful.

The key is to recognize what kind of reasoning a person is using in order to learn how you may converse civilly. Does the person respond to logic? Does the person think through the implications? If they deploy non-rational reasoning, is there an existential need their beliefs are meeting? The Christian faith is able to speak to people with various forms of reasoning. How does the truth of Christian faith speak to the one with whom you’re conversing? We engage in Babylon by discovering the other’s kind of reasoning.

3. Drill into the meaning of words.

I recently sat in a class on pastoral ministry where students used the same words (“pastor” and “church”), but filled them with different meaning. Sometimes “pastor” meant the spiritual shepherd of a faith community; at other times, the head of a religious organization. Sometimes “church” meant “community of faith in Jesus Christ;” at others it meant “religious organization.” The words could mean either of these things, but there was disconnect when people were conversing because what was meant in one instance was not what was meant in another. This is called equivocation.

Imagine the potential for misunderstanding outside a classroom that was meeting with a specific purpose! Here are several words that people use without critical understanding of the meaning they intend: God, science, liberal, conservative, Evangelical, freedom, justice, fair, and rights. You can fill a page with the amount of words people use without critical awareness of what they mean when they use them. For example: “Liberals are led astray by science and don’t believe in freedom.” The sentence makes sense. Actually, it makes multiple senses. Is a liberal a person who believes in greater social programs from the government or who believes in freedom in education or who wants to break from previously established, traditional values? Is science a critical method for discovering reality or a catch-all word for non-religious thought? Is freedom the ability to act on one’s personal desires or absence of unnecessary government regulation? We engage in Babylon by finding out what a person means by the words they are using.

4. Speak to the bystanders.

In every conversation, there are curious onlookers and people who will hear about the conversation second-hand. Remember that in an age of social media, you are almost always speaking to silent onlookers. If you are on Facebook and people care about what you think, they will read the conversations on your wall.

Which of these tips rings true for you? What tips would you add? The prophet Daniel lived almost his entire life in Babylon. The end of Daniel chapter 1 records that he returned to Jerusalem late in life. He lived in Babylon and saw the fruit of his labor at its very end. Don’t grow weary engaging in Babylon because, like Daniel, your influence can shape the future.