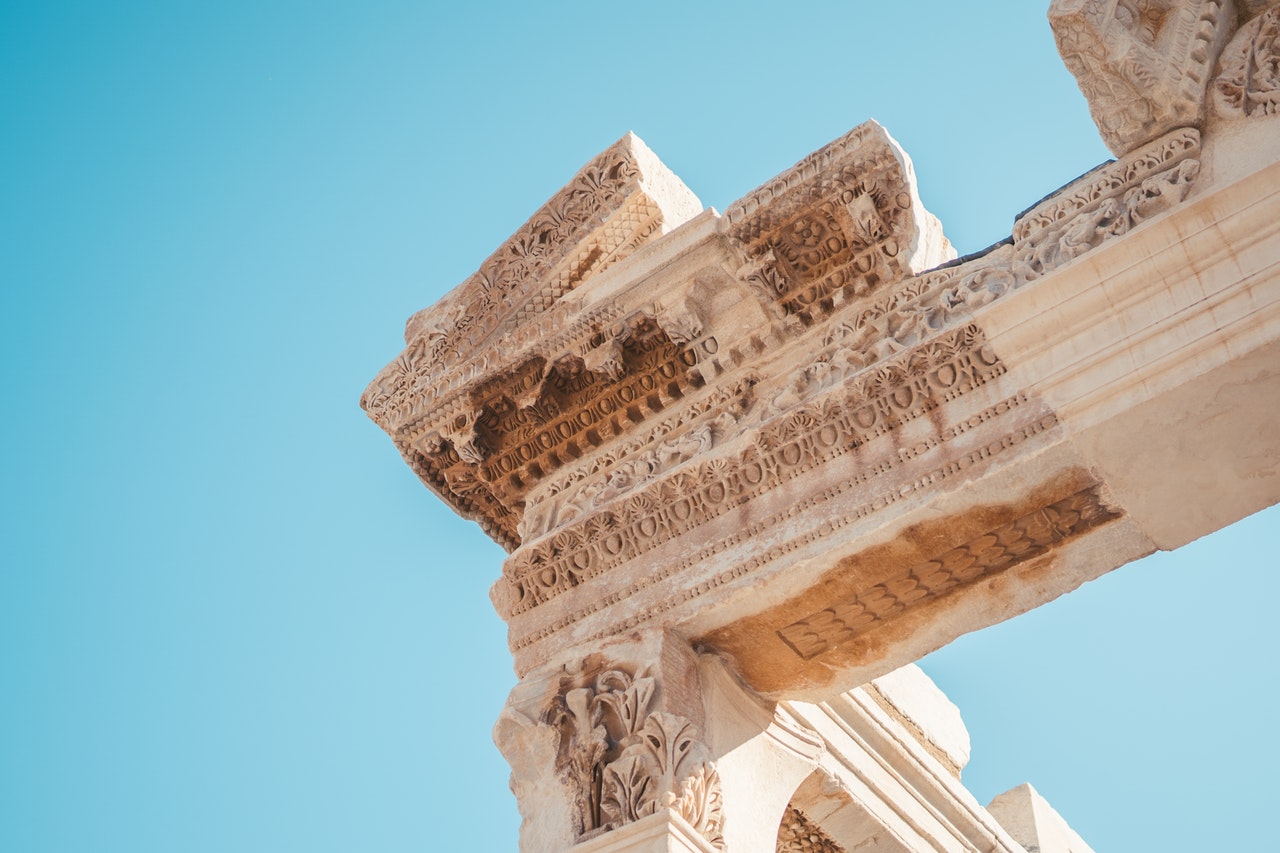 When we know something of the history of Ephesus and understand the cultural dynamics involved, it is easy to see why it comes first in the list of the seven churches, and why Jesus said, “Turn back to me and do the works you did at first” (Rev. 2:5 NLT). Plus, if the mail carrier was coming from the Roman exilic island of Patmos, where John was writing from, Ephesus would have been the natural first stop.

Within the first century, Pergamum was the capital of the province of Asia, but Ephesus was by far the greatest city in the region. Despite competition with both, Ephesus had proved more powerful than Pergamum politically and more favored by the Roman government than Smyrna.

Since Ephesus was considered the gateway to Asia, a Roman writer once called Ephesus the Lumen Asiae, the Light of Asia. By the time John wrote his letter, the city had a growing population of more than 250,000. It was home to one of the major harbors in the region and most of the significant highways went through Ephesus on the way to Rome. In addition, Ephesus was the home of the most famous annual games in Asia and people came from all over the region to engage in the diverse festivities. Because of its location, Ephesus was one of the wealthiest and greatest cities in all of Asia.

Ephesus was also the center for the worship of Artemis, otherwise known as Diana of the Ephesians. The Temple of Artemis is considered one of the Seven Wonders of the Ancient World. It was 425 feet long and 220 feet wide. It had 120 columns, each reaching 60 feet high. The image of Artemis was one of the most consecrated images in the ancient world.

Even more, Ephesus had many famous temples dedicated to the godhead of the Roman emperors such as Claudius, Nero, and Domitian—all beast-like persecutors of the early Christians. People would come from far away to worship the deity of Caesar within the Ephesian temples.

The portrait of an evil world ruler demanding worship (Rev. 13:12–15) would certainly be relevant to Christians in Ephesus, who found themselves surrounded by symbols of civil religion. Caesar Augustus had allowed officials in Ephesus to build two temples in his honor, and Caesar Domitian had named Ephesus “guardian” of the imperial cult, making it the foremost center of the imperial cult in Roman Asia. As you can imagine, this dynamic created a lot of cultural tensions for the Ephesian Christ-followers.

One might assume Christianity struggled to grow in such a hostile environment, but quite the opposite occurred. Nowhere in the first century did the Word of God find better soil and bear more fruit than in Ephesus.

The message to Ephesian believers seems to present a picture of a faithful church. Even though they were situated in the center of pagan and Caesar worship, they were still willing to live as citizens of the newly founded kingdom of God, where Jesus is King of kings and Lord of lords.

In the revelatory letter, Jesus positively noted how his disciples in Ephesus were working hard, enduring many trials, and not tolerating wickedness. Jesus also mentioned they had resisted many false teachers, especially the Nicolaitans. Historians do not know much about the Nicolaitans, but we do know Jesus did not like their beliefs and practices.

Even though the church in Ephesus had a proper theological foundation, there was one very important area missing within the church: the area of love—both the love for God and the love of others.

Apparently, the Christ-followers in Ephesus had lost the core value which first made them into an influential church community.

The first time for anything is like an engraving on the soul. I can still remember many of my firsts—my first bicycle, Nintendo, remote-controlled car, girlfriend, kiss, motorcycle, car, house, youth ministry, church plant, and church-planting network.

I can also remember when I first encountered Jesus in a very real way. I was on a spelunking trip with my church’s youth ministry. On one particular evening, the leaders started singing worship songs around the campfire. One of the songs God used to touch my heart was Rich Mullins’s, “Our God Is an Awesome God.” This spontaneous worship session was the first time I truly encountered God, and this moment is forever engraved on my soul. Something awakened in me and I knew God was awesome.

Most Christ-followers can name the time and place where they first encountered the powerful presence of Jesus. They can recall the atmosphere, the message, and the entire enrapturing experience.

In the letter to the church of Ephesus, we see Jesus calling his disciples back to their first experience with him and with one another. We can imagine the feeling they had at their first encounter with meeting a need, adding value to a lost soul, or teaching the truth of God’s Word. Yet, over time, the newness factor wore off and other things began taking priority over the ways of Jesus.

One of the disciplines in life my wife and I try to put into practice is when we first see each other, after a long day of work, we erupt with joy and act like we have not seen each other in weeks. This simple discipline reminds us to not take each other for granted. Due to the complexity of life, it is easy to put my wife on the back burner and forget about her. However, sooner or later, if I have left her on the back burner too long, the smoke rises, and something begins to burn and stink.

Just like all relationships, it’s easy to put Jesus on the back burner and forget about him too. This is precisely why Jesus was writing the church in Ephesus. The smoke was rising, and something was beginning to burn and stink. It didn’t take long for Jesus to smell the stench, so he called his disciples to revive and return with a deeper kind of love.

This is an excerpt from Ed Love’s Revive: How the Seven Letters of Revelation Can Awaken Your Soul. Get the Bible study from our store here. 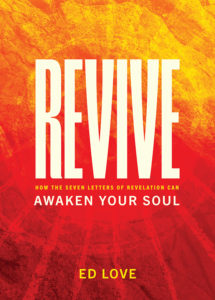 The world is desperate and wondering if those who claim to follow Christ are able to stand the test of time. Is there anybody willing to weather the storms of life and still honor God? Is there anybody who won’t bow down to the idols of our modern culture and stand strong in the face of opposition and persecution? Is there anybody that will allow Jesus to be their guiding authority in life?

Taking the seven short letters to the churches at the beginning of Revelation as a guide, Dr. Ed Love unpacks their messages of revival and explores what they might mean for our lives. This book is for anyone who desires the vibrant passion they once had for Jesus, the Scriptures, and the mission of the church. If you are ready to be reawakened with real faith and hear the words of Jesus directed to these ancient communities of faith, Revive is the study for you.