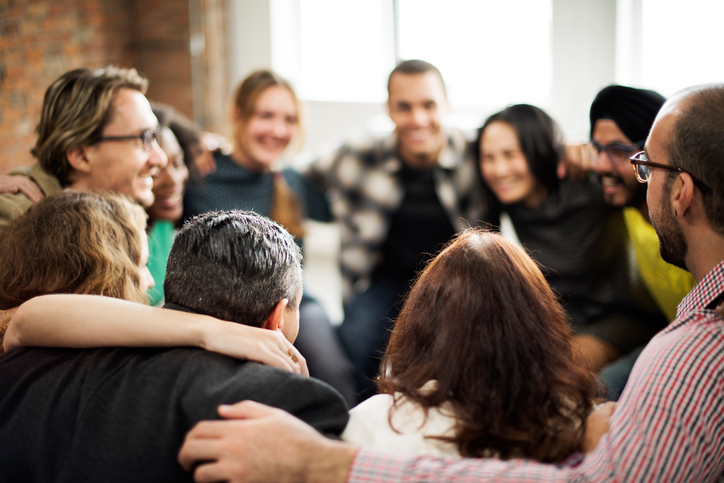 After months of waiting I was finally able to watch the new series of one of my favorite Netflix TV shows. I didn’t think the show could throw in anymore twists or drama when, right near the start of Episode 1, one of the main characters had a panic attack. This character was known for being stoic, repressing emotion and some of that had appeared but through the rest of the series we see him enter therapy and try to understand what triggered his panic attack.

This was the first time where I had seen Mental Health engaged with on a major TV show in a positive and promising light. It was the first time I saw a strong figure engage with the struggles and issues many people face and take steps toward dealing with it. And I’ll be honest, even though I know it wasn’t real, as I saw the character develop in episode after episode, it struck me that the writers wanted to show that the therapy he was having dramatically helped him cope with his mental illness. It was refreshing to see a positive image of what it means to struggle with this.

Talking about our “Mental Health” has, for a long time, been taboo in modern culture, and sadly, the church’s response has been no different. But recently, as revealed in this television program, we are seeing more conversation and awareness about mental health. Dedicated charities are publicising the fact that a significant number of the population have some type of mental illness. Better understanding of the importance to care for and create safe spaces for people to talk about these issues are emerging – but the need is still great.

In the United Kingdom, current statistics suggest that 1 in 4 people will experience mental health issues in each year, with the common illnesses (such as depression and anxiety) being seen more prevalent in impoverished areas.

When we talk about how little we as people discuss these topics but how many people it effects, it is startling to know that only recently are doors being opened on this subject.
In our constant fight to display our lives as perfect (getting more likes, more followers, to gain the promotions, live the best life and tell the best stories), we don’t allow ourselves to struggle or fail, and if we do, we certainly don’t let other people know! In a world like this, having a mental health issue is definitely something we do not want to share with others.

Studies have shown time and time again that both the building of resilience as well as the combatting of and working with people who have mental health issues can be massively improved through the creation of social circles. This isn’t about having enough Instagram followers or being in the coolest friend group, it is about having people in your life who are willing to share life together. Let me be clear: prescribed medication and counseling are important in helping, but to have the confidence to get this help and to get through daily life or down days, having a strong social circle goes a long way.

Last week, I sat in on a story telling night with stories from a group of courageous, young men between the ages of 16-24 who had been gathering together to grapple with, open up and share stories on Self Harm and mental health issues which may lead to this. These guys told stories that they had written based on their own life experience, and by sharing time together and living in genuine friendship, they felt better and stronger for it.

For those dealing with a mental health issue, community and gathering together is key.  I’m a big believer in that. But it’s also hard.

So often we can be stoic and emotionless in our conversations. So often we can use jokes or anger to cover our real feelings. But when we truly gather and truly invite each other into our lives, we can work through the problems we face and together move forward. So fight the feeling that we have to portray a certain image of ourselves all the time. Stop holding onto the masks we wear in our friendships and conversations. Gather genuinely in love and care with your community and friends as we work together to remove the masks and honestly tackle the challenges we face.

Maybe one day I’ll get better at listening to this message myself.

For more information on mental health issues and how to face them as a community, please visit: