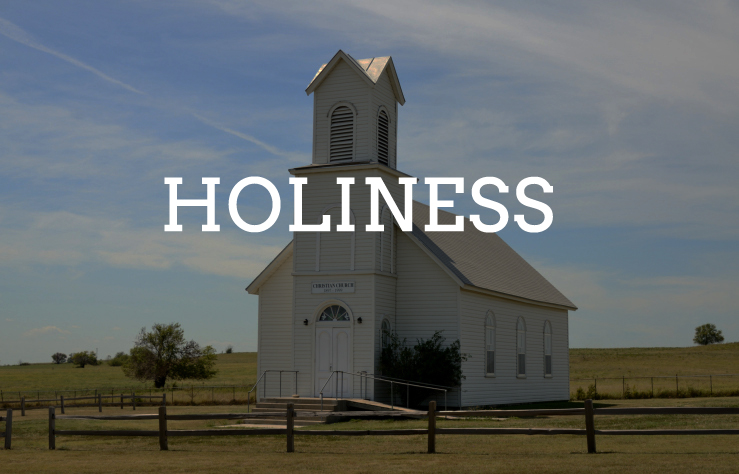 In the middle to late Nineteenth Century a group of Christians revitalized Wesley’s doctrine of entire sanctification and perfection in love.  It was not a theological renaissance that took place in the halls of academia but a revival of experimental theology.  Their influence spread across two continents and denominational divides touching revivalists like D. L. Moody, the camp meeting movement in America, the Keswick revival, and modern Pentecostal-Charismaticism.  They were the holiness movement, and here is a list of ten Holiness Christians everyone should know.

Joining with her sister, Sarah Lankford, Palmer helped develop the “Tuesday Meetings for the Promotion of Holiness” in New York City that would be the launch pad of the Holiness Movement.  These meetings would bring about hundreds of testimonies of people receiving a “rest of soul” in which they knew they were entirely sanctified, including many on this list.  Besides the meetings, her books emphasizing “altar theology” and a “shorter way” to sanctification (the idea of receiving entire sanctification by faith) became the standard formulation for proclamation of the message of holiness.

One of the foremost intellectuals of the holiness movement, Upham was a prolific author in the areas of philosophy, psychology, and theology.  He was a Congregationalist who was touched by Palmer’s Tuesday Meetings and claimed to have been sanctified there.  His work in holiness theology connected the experience of sanctification with that of the Pietists and Catholic mysticism.  By this, he provided a historical framework for the experience but also invited criticism from other holiness thinkers for the mystical language he used to describe it.

You can’t speak of the Holiness Movement without speaking of camp meetings.  Also directly influenced by Palmer, John Inskip took the message to a much larger stage by introducing the doctrine to the world through the National Camp Meeting Association for the Promotion of Holiness of which he was president.  This arm of the movement provided the primary means of promoting entire sanctification in the post-Civil War decade as well as a platform for Methodist ministers who were otherwise barred from influence in the denomination as a result of their radical holiness theology.

The Booths make the list together as the founders of the oldest holiness denomination in existence, The Salvation Army.  William began as a Methodist minister, but soon forged his own evangelistic path with a mission to feed the hungry and preach the gospel to London’s poor.  William and Catherine’s emphasis on social work spread in influence and evolved into The Salvation Army with a presence in over fifty countries around the world during their lifetime.  Through the influence of the Palmers, with whom they shared revival efforts in England and Northern Ireland, Catherine began to preach and became a staunch defender of women in ministry.

Stowe is known for her radical abolitionist stance and her book, Uncle Tom’s Cabin, that changed the heart of a nation toward slavery.  She was also the daughter of prominent revivalist Lyman Beecher and sister to Henry Ward Beecher, both strong preachers of the holiness message of perfection.  Her writings included a favorable review of Thomas Upham’s work as well as a support of the new “special efforts” of revival which pressed upon the hearers a decision point to attain sanctification.

Working together as evangelists, this couple from Philadelphia would be the primary vessels used to bring about the holiness revival in England and the continent.  Originally of the Quaker faith, both of them testified to the blessing of entire sanctification after long, arduous soul-searching. The Brighton Convention in England, in which they ministered, was acknowledged by D. L. Moody and others as one of the most important conventions in English revivalism history.  From it, there came an emphasis on practical holiness and a “higher life” that countered the feelings of doubt and uncertainty that had infiltrated England’s religious life at the time.

Boardman was a Presbyterian whose influence reached from the United States to Europe while the Smith’s were also prominent.  As a friend of Palmer’s, his work provided one of the most effective tools of bringing the message of entire sanctification to a broader audience of denominations.  His book, The Higher Christian Life, was one of the fastest selling in the movement, and he appealed to a wider audience by refraining from using traditional Wesleyan terms for the experience of perfection.

As was a characteristic marker of Holiness Christians, Orange Scott was one of the radical abolitionists in the Methodist Episcopal Church.  Because of the denomination’s unwillingness to take a definitive stand against slavery, Scott and other abolitionists within the church seceded from the Methodist Episcopal Church to form the Wesleyan Methodist Connection which gave rise to the modern denomination, The Wesleyan Church.  In the spirit of the movement’s often turbulent relationship with denominational hierarchy, they rejected the episcopacy and favored a loose connection of churches.  They were the first denomination to adopt formerly the doctrine of Christian perfection in their discipline.