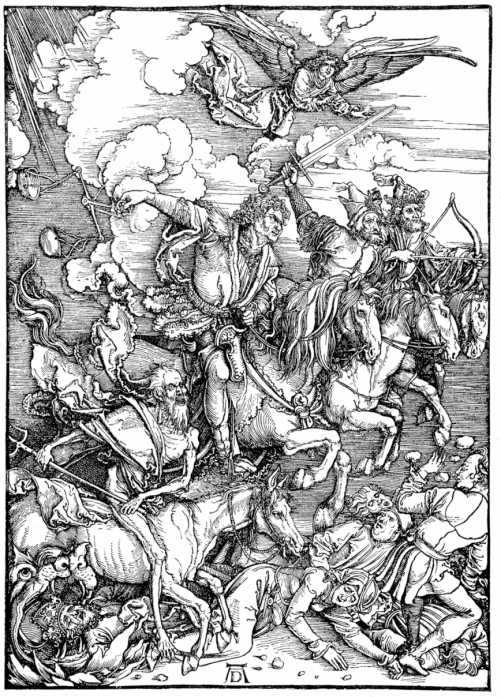 Here are 4 images from the book of Revelation that are brought to light by historical background. This makes the book come alive for Christians today and also helps us understand it as the original audience would have.

1. The Lukewarm Water of Laodicea

Some have found the image of Jesus spitting the Laodicean’s out of his mouth (Rev 3:14) to be quite repulsive—and that kind of evocative feeling is quite the point of all good literary devices! But the church at Laodicea would have been more stirred by this than us. The city had no natural spring for water, so water had to be carried in from surrounding regions via pipes. This meant that by the time it arrived it was no longer cold, for drinking, nor hot, for bathing or cooking. So the Laodiceans were much more attune to the revolting image and therefore would have been more receptive to Jesus’ words here.

2. The Sea or Deep Waters

Do you know a person who has a love for the sea or their maritime culture, so much that they resent that God would do away with the sea in 21:1? Well, it doesn’t have to be a stumbling block. Ancient people found the sea or deep waters to be a source of anxiety. The sea symbolized chaos and forces that worked against an orderly cycle of life. The Bible assumes this meaning even as early as Genesis 1:2, where God’s spirit is hovering of the deep waters before he creates order in the world.

In Daniel 7:3 the sea is also the source of the four great beasts, which Revelation 13 borrows from. So naturally, since the book of Revelation was written to an audience who lived with these mythic understandings, these deep waters were going to be done away with in the final restoration of the world. But this is only because it symbolized chaos and evil in most ancient myths.

3. The Dragon, the Woman, and the Child

This imagery was common in ancient mythology. During that time there were both Greek and Egyptian versions of this myth (but it goes back further to the Babylonians and Akkadians) which included a goddess giving birth to a son, who then became endangered from a dragon or snake. After receiving shelter for some time, the son returns to slay the dragon.

It is likely that the way Revelation uses the myth makes Israel the woman, since the stars (12:1) were common symbolism for the twelve tribes of Israel during that time (see Gen. 37:9). The male child and his reception to God probably then refers to the birth, death, resurrection, and ascension of Jesus to God the Father. It is very illuminating to see how the Bible uses this common imagery and invests it with new meaning.

This is what some scholars call an “apocalyptic cryptic riddle” (like in Matt 24:15). Using numbers for letters was a popular way of cryptically conveying messages that would place the messenger in danger. Counting letters as numbers, Nero Caesar comes out to 666 in Hebrew. “Beast” in Hebrew also comes out to 666. There were legends during the time that claimed that the deceased Nero, who was quite the evil emperor, would rise from the dead to take back his kingdom.

This means that most of the polemic and imagery used in Revelation is about the Roman empire, not only because it began to persecute Christians (though probably regional and sporadic), but also because Caesars literally took the title “Lord.” They also insisted that they were divine, and finally, God had something to say about the pax Romana, which was a false sense of security and political propaganda set up at the expense of vulnerable people.

This means that we don’t have to struggle to decode modern names or titles to determine if they might be the antichrist (as some have come up with creative ways to make “VISA” out to be 666, for example)—the original Christians knew exactly who this was referring to.

For more helpful background reading, see the following resources (much of this information was gleaned from these):